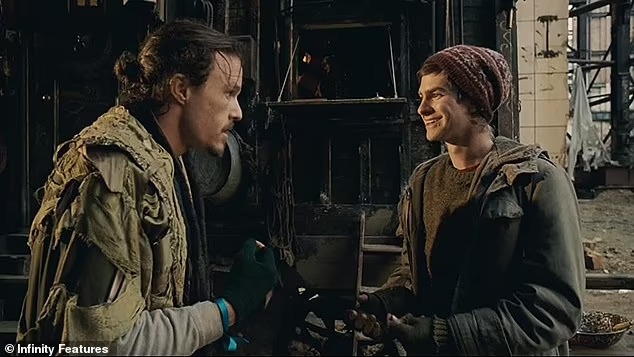 On the 14th anniversary of Heath Ledger’s death, Andrew Garfield paid homage to his late friend and co-star.

Andrew, 38, spoke with Vanity Fair about Heath’s unexpected death, which occurred halfway through the making of Terry Gilliam’s fantasy film The Imaginarium of Dr Parnassus.

Heath was lauded by the Spider-Man star as “an incredible artist and a gift to the world.”

The actor was speaking about mourning when he recalled Heath Ledger, who died in 2008 from a heroin overdose, and he stated that he is committed to “keep his spirit alive.”

“When anyone dies, we want the beauty of keeping their memory alive by talking about them and by repeating stories over and over again,” he said.

“I think especially with someone who died so young, I remember feeling it with Heath. I don’t know if you knew Heath?” he asked Johnson, who replied, “I didn’t know him.”

‘He died in the middle of a film that we were making together,’ he recalled. ‘And also he was just obviously such an incredible artist and a gift to the world and I think the same goes for Jonathan[Larson, the Rent composer whom Garfield plays in Tick, Tick…Boom!].’

“It was like the number of people that want to keep his spirit alive enabled us to get all of the information and all of the subjective experiences that people had with him, and I love that,” he continued.

Andrew previously described the late Australian actor’s presence as “electrifying” in an interview with Vulture magazine.

Andrew said shortly after Heath’s death, “The amount of stuff he left me with was astonishing.”

“I will never ever lose hold of what he had to offer.

“He just had this total spontaneity and the ability to do anything at any point: fly off the handle or joke.

“It was electrifying and I never knew what he was going to do — like punch me, you know?

Garfield informed Entertainment Weekly in 2009 that Ledger notified him during his 24th birthday party that he was cast in Doctor Parnassus. “He came to my party, gave me this really big hug, and said, ‘Welcome to the family,’” Garfield said.

Jason Isaacs “won’t stab JK Rowling in the back!” over trans views
Arnold Schwarzenegger involved in four-vehicle crash in Brentwood