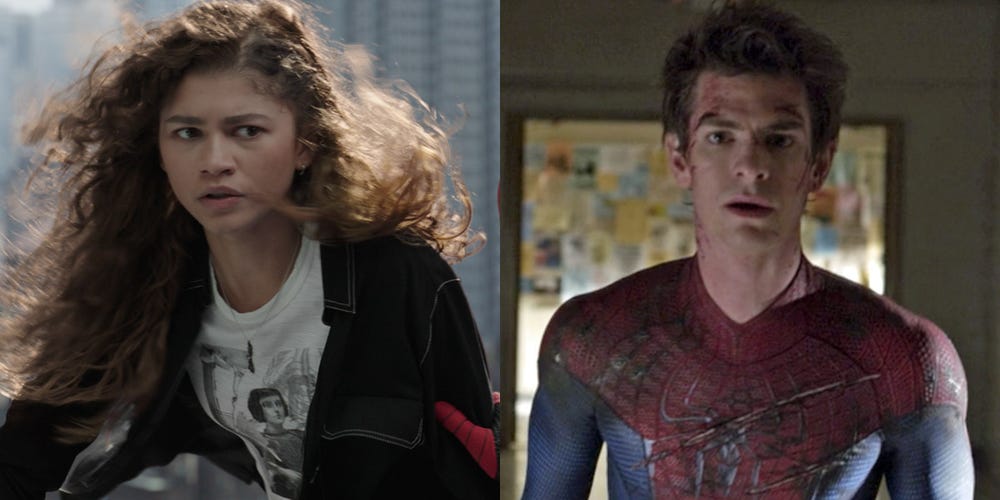 Just when you thought you’d heard everything there is to know about Spider-Man: No Way Home, Andrew Garfield drops some juicy details in his recent interview.

Garfield stated on Josh Horowitz’s Happy Sad Confused podcast that the funny scene in the popular action film when Zendaya’s character (Michelle Jones/MJ) tests the hero’s ‘Spidey-senses’ with baked goods was devised by none other than Zendaya herself.

When MJ is unsure whether Andrew’s Spider-Man is real, she throws a piece of bread at him while he’s dressed up. She assumed that if he did have Spidey senses, his reflexes would aid him in dodging whatever was thrown at him. But bread wasn’t originally part of the plan.

“At first, Zendaya picks up a candlestick or something to threaten me with in that first scene where I come in,” Garfield explained, “but then there was this basket of bread,” he added.

Garfield went on to equate the situation to “kids just playing,” and it’s clear why. Off Lola’s bread flinging and sweeping cobwebs from the ceiling to Maguire’s entrance and web-off with Garfield, the sequence is a delight to watch. Garfield’s Spider-Man has a darker tone than Maguire and Holland’s. No Way Home gives him the freedom to be the “Spider-Man that [he] always [wanted to be].” Furthermore, Peter receives character and arc closure, which directly relates to Emma Stone’s Gwen Stacy’s death in The Amazing Spider-Man 2 when he saves Zendaya’s MJ in No Way Home.

Zendaya’s ingenious idea of bread flinging was important in introducing Andrew Garfield’s Spider-Man to the picture. It also provided a great comedy scene, making the science fiction film one of the most interesting in the MCU to date.

In the 2010s, Andrew starred in The Amazing Spider-Man and its sequel. He was intended to star in a third picture, but it was shelved when the first two failed to live up to the previous trilogy. Andrew said that being a part of the next Marvel film was “healing” despite the fact that his time on set was cut short.

“Coming back and actually getting some more time to have fun with it, and to give the character some closure, and to play, and to be the version of Spider-Man that I was always wanting to get to, and to be with Tobey and Tom and the rest of everybody in the movie, that was healing and just an incredible full-circle moment,” Andrew said.

On Rotten Tomatoes, Spider-Man: No Way Home now has a 93 percent approval rating. It was also reported in January 2022 that the film has become the fourth highest-grossing film of all time. So, yes, bread throwing appears to be effective — studios, take note.