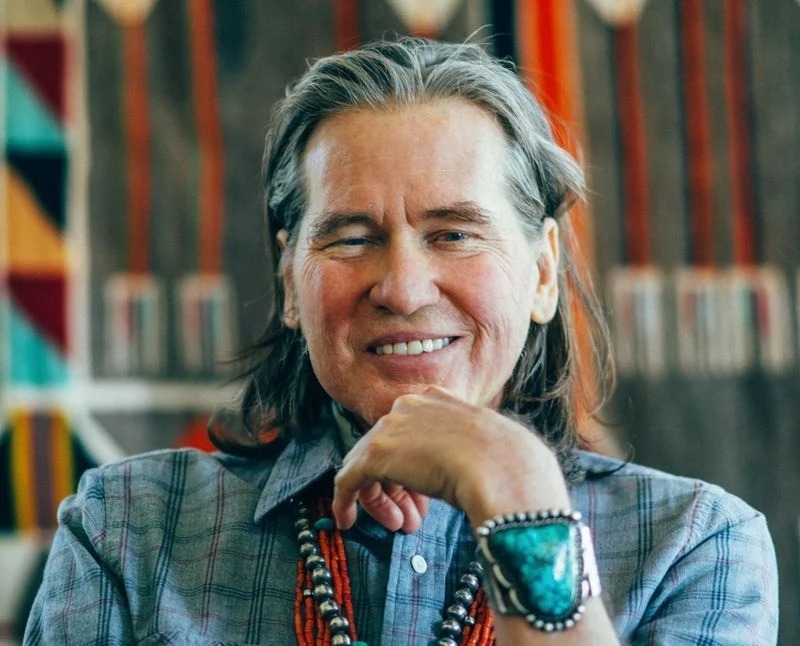 Val Kilmer was one of the most well-known actors of the 1990s, but his career was marred by scandal and allegations of on-set difficulty, none more so than on the infamous flop The Island of Dr. Moreau. Kilmer, co-star Marlon Brando, and directors Richard Stanley and John Frankenheimer had bitter feuds throughout the 1996 production, which saw the director and numerous actors changed. Kilmer’s autobiographical documentary Val revealed more behind-the-scenes material from the film, allowing for a rethink of his worst career mistake.

The film was released at a period when there were numerous contradicting rumors concerning Kilmer’s health and the rumor that he was suffering from cancer. Despite first denying it, Kilmer eventually admitted that he had been cancer-free for years, but claimed he needed a feeding tube since he had lost his capacity to eat. Thanks to cutting-edge AI technology, he was able to regain his voice as well.

Kilmer is said to have been late on set, initiated disputes, delivered lines intended for other characters, and notoriously burnt a cameraman with a cigarette. (Kilmer and the film’s producers claim it was an accident, but some claim it was done on purpose.) Kilmer attempts to present his side of the story in his documentary by sharing behind-the-scenes footage from the set, which he shot on an old-school personal video camera.

After all, the film revolves around a guy (David Thewlis) who is rescued and transported to an island where a doctor (Marlon Brando) experiments on animals and transforms them into humanoid hybrids.

Kilmer was not originally supposed to be in The Island of Dr. Moreau. The film’s original cast included Bruce Willis as Edward Prendrick, who washes up on the island’s coast; Marlon Brando as the crazy Dr. Moreau; James Woods as his assistant Dr. Montgomery; and a strong supporting cast that included Fairuza Balk, Temuera Morrison, and Ron Perlman. On paper, the film seemed great, and it could be a spiritual successor to Brando’s iconic performance in Apocalypse Now. However, a succession of personal catastrophes, unbridled egos, and bad luck turned the film into one of Hollywood’s most infamous flops, damaging the careers of almost everyone involved. Kilmer, in particular, was held responsible for the set’s caustic and hostile culture.

Kilmer could only participate in the movie if he agreed to only devote 60% of the time that Bruce Willis had committed to, which made things tough for director John Frankenheimer, who had just been hired a few days before production began. Originally, Richard Stanley was set to direct the picture, but he was sacked for failing to manage Kilmer, which pushed him over the brink, prompting him to destroy papers and take a break from the industry.

“The movie was doomed from the start,” Kilmer explains through his son’s voice-over. Kilmer claims that he was delighted to work on the picture with his idol, Marlon Brando, but that the film’s second director, John Frankenheimer, who took over the production from Richard Stanely, was “unwilling to explore Marlon’s ideas” because he wanted to finish the film as fast as possible. (He makes no note of reports that Kilmer would refuse to show up on site until Brando arrived, in order to avoid being overshadowed.) Brando, whose 25-year-old daughter died during filming, was frequently absent, and in one scene in Val, another actor steps in for Brando, apparently without the rest of the cast’s knowledge.

“What’s your name?” Kilmer calls out to the stand-in, zooming in with his video recorder before he mutters to the camera, “Marlon Brando is played by Norm.”

Richard Stanley, the film’s original director, claimed to have once used the powers of a warlock in order to cast Brando. However, whatever enchantment had forced Brando to work on The Island of Dr. Moreau also seemed to have cast a curse on anybody who came into contact with the picture. Three times the house of Stanley’s mother was struck by lightning! His production helper was bitten by a venomous spider. After developing a bone illness, said warlock ended up in the hospital.

However, not everything can be attributed to the supernatural. Stanley, who had long wanted to tackle Wells’ science fiction classic, didn’t exactly make things easy for himself. Angry that New Line Cinema had courted Roman Polanski for the job, the then 29-year-old filmmaker regularly refused to show up for production meetings. The movie’s initial leading man, Northern Exposure veteran Rob Morrow, pleaded with executives to get Stanley on the first aircraft home after his first 24 hours on set were so disastrous.

Kilmer, who had utilized method acting and creative approaches on Top Gun and other films, clashed with Frankenheimer, who wanted performers to obey him. This was broken down into on-set disputes and script rewrites. “Even if I was directing a film called The Life of Val Kilmer, I wouldn’t have that prick in it,” Frankenheimer said afterwards.

Kilmer tapes a fight with Frankenheimer, who repeatedly tells him to turn off the video camera in another sequence that is primarily recorded audio.

“We are about to rehearse, would you please shut the video camera off?” Frankenheimer states emphatically.

“No, because I’m in a highly emotional state, because you said earlier to David and I that you were going to leave this movie,” Kilmer replies.

“If this continues, I don’t see how I can function under these conditions. I’m supposed to be doing creative work and this is not conducive to creating a good scene,” Frankenheimer explains.

“Well, can I have a minute, because I’m in an emotional state and I won’t be able to read my lines,” Kilmer says. Later, when Frankenheimer asks again for Kilmer to shut off the camera, he replies he won’t because “I need a witness because of things that you’ve said. You’ve debated in front of your two lead actors as to whether you will continue to direct this film. That puts me in a state of mind not conducive to creating.”

“Please shut the video camera off,” Frankenheimer asks once again.

Kilmer declares, “I will keep it on until we are rehearsing.”