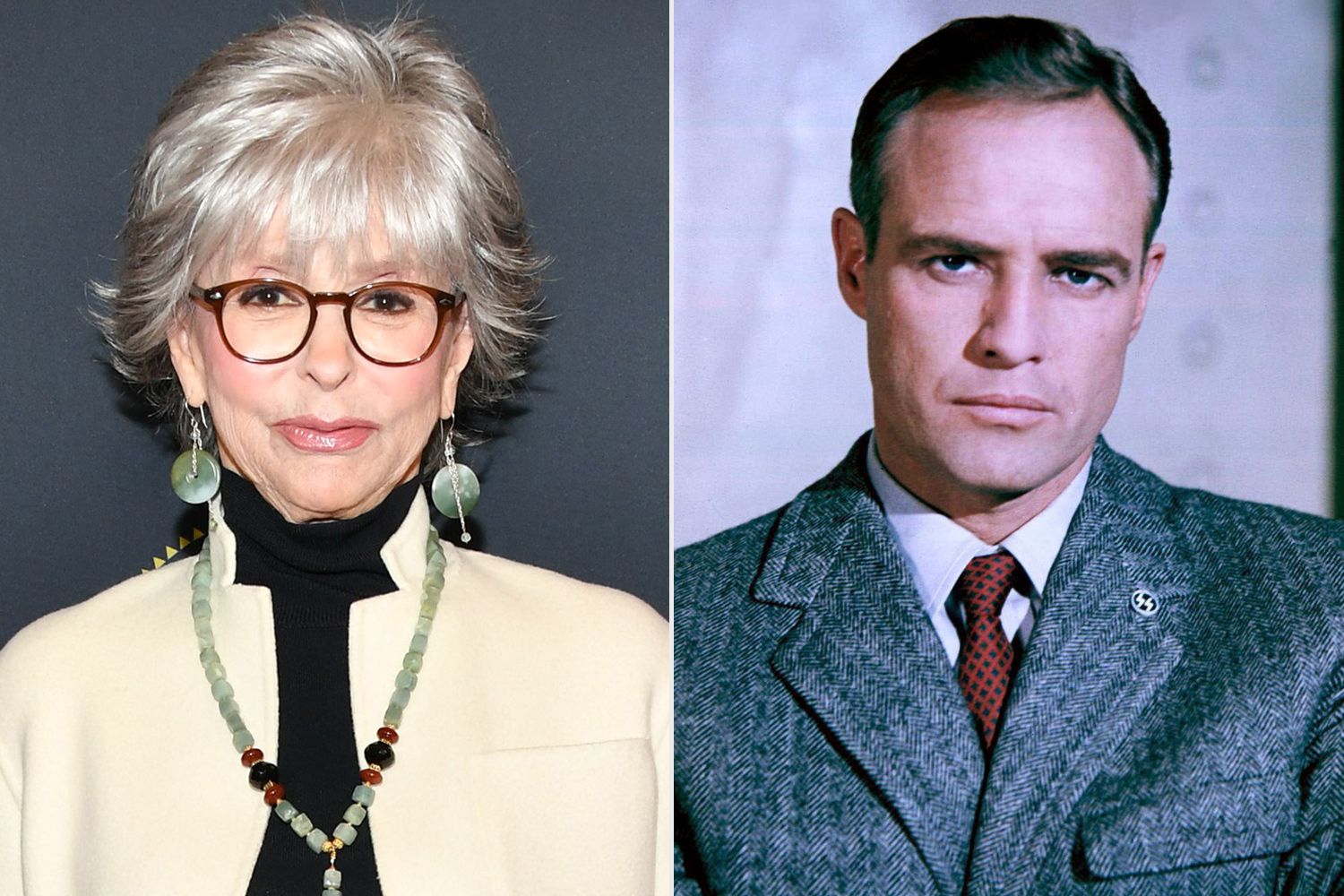 Rita Moreno attempted suicide as a result of her tumultuous relationship with Marlon Brando.

The West Side Story actress, 90, remarked that Brando was “a bad guy when it came to women” during a chat for Variety’s “Actors on Actors” series after Chastain brought up Brando, stating, “I think you are every bit of the actor Marlon Brando was. That must have been so difficult for you in a time where you’re seeing all of these opportunities being given to him.”

“He and I had had a relationship for almost eight years. Ultimately, it was exciting to be with Marlon,” Moreno replied. “Oh, my God, it was exciting. He was extraordinary in many, many ways, but he was a bad guy. He was a bad guy when it came to women. I was such a different person then. I had all the makings of a doormat.”

Moreno continued, “So whenever he lied, I would look at him and I’d say, ‘Marlon, look at me.’ And he’d start to grin this kind of — I don’t want to use the bad word — that poop-eating grin. I could read him like a book and that’s why he loved me, and that’s why he mistreated me in so many ways.”

“How did you break it?” Chastain asked. “For so many women it’s so hard to break that cycle.”

“I tried to end my life with pills in his house. That’s how I tried to do it. I didn’t understand that if I was going to kill this pathetic, sad, trod-upon Rita, the rest of Rita was also going to go with me. I really didn’t seem to understand that. But that’s what the attempt was. It was an attempt.”

Moreno and Brando met on the set of the 1954 Napoleon movie Désirée when she was 22 years old. They had been together for over eight years. 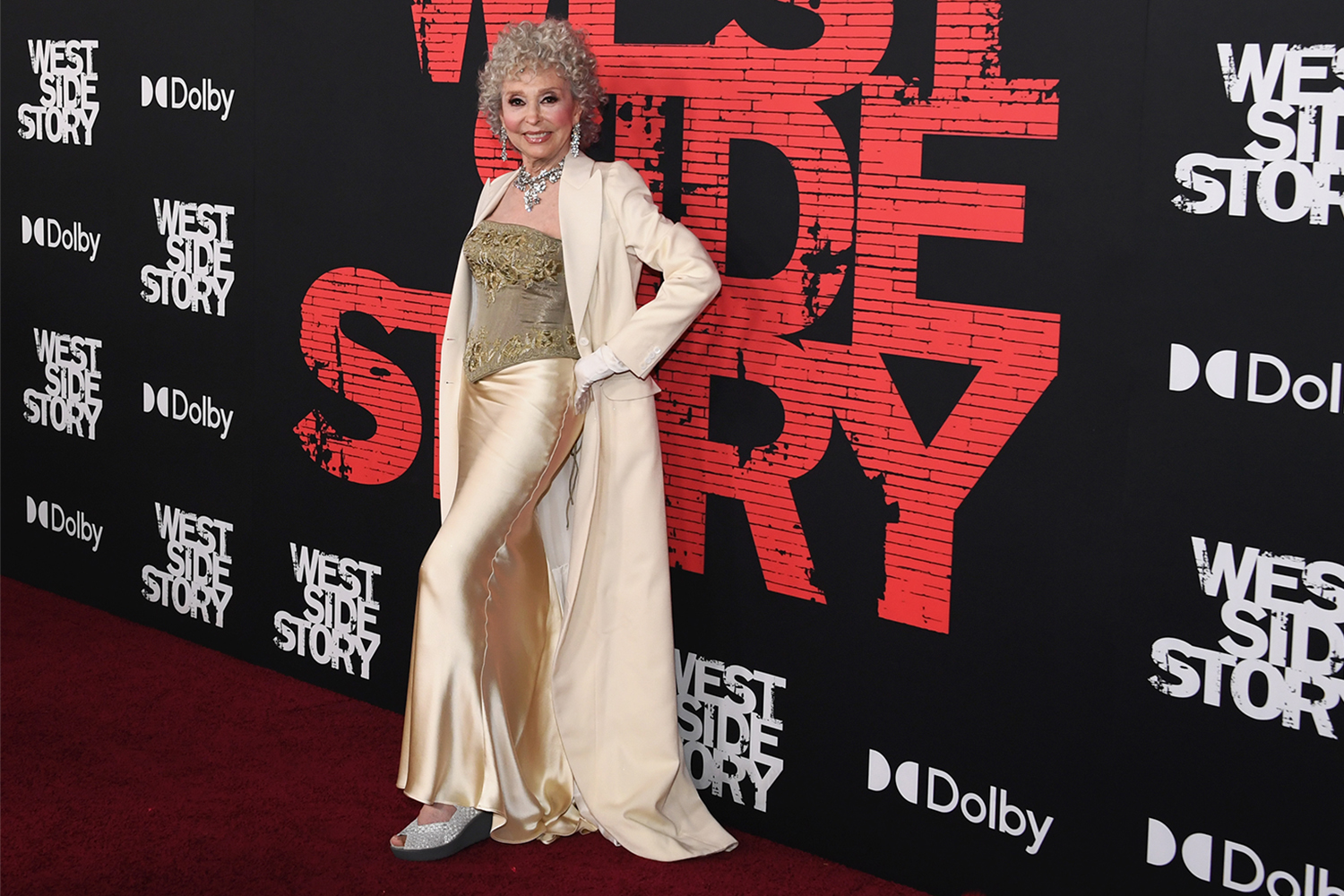 When Chastain asked if there was “a rebirth in a positive way” following the suicide attempt, Moreno answered, “After that, a few years later, was the movie we made together. What’s interesting is that he wanted to renew. I was now married. I had a beautiful child, Fernanda. He was ready to have a go again. I didn’t want that. But he did. He lost a big part of himself, I think. The good part of him, the good Marlon that Rita loved. It was very complicated. Really, really complicated.”

Moreno said in December that she dated Elvis Presley to avenge Brando’s infidelity on her.

“I went home in tears — really, I was naïve — and I was angry too, just furious,” Moreno recalled on “The View.” “The next day, the phone rings, and I hear ‘Miss Marina?’ I said, ‘Uh, yeah?’ he said, ‘This is Colonel Parker, my client is Elvis Presley, and Elvis spotted you at the 20th Century Fox commissary, and he liked what he saw.'”

Moreno previously told PEOPLE in 2017 that Brando was her “lust” and that she kept a portrait of The Godfather star in her bedroom.

“Why that picture of Marlon Brando? Because he was a big love of mine in my life,” Moreno remarked. Moreno said, “This one, it almost seems like a vignette out of a movie, so that’s why it’s there. He was the lust of my life and that over there is the love of my life,” pointing to a framed portrait of her and her late husband Leonard Gordon, whom she married in 1965.

Why Jerry Lewis and Dean Martin broke up? Cause of Bitter Split Revealed
Advertisement