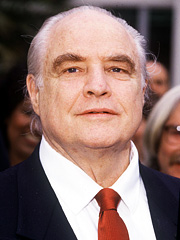 At the age of 80, Marlon Brando, possibly the greatest cinematic actor of the twentieth century, has passed away. According to his lawyer, the two-time Academy Award winner died yesterday in a Los Angeles hospital. He’d lately been diagnosed with pneumonia.

Although his obstinacy and eccentricity stopped him from completely achieving the promise of his early brilliance, Brando electrified a generation and permanently changed the art of movie acting.

Brando is most known for his parts in “The Godfather,” “On the Waterfront,” and “A Streetcar Named Desire.” He is sometimes referred to as the greatest actor of all time.

Brando died on Thursday at a Los Angeles hospital, according to his attorney David J. Seeley, who declined to reveal the cause of death, saying that the actor “was a very private man.”

Brando, a key proponent of American acting’s Method school, gave his portrayals a tormented, physical intensity that made him a symbol for the rising 1950s youth culture. For his appearances in Elia Kazan’s On the Waterfront and Francis Coppola’s The Godfather, he earned two Academy Awards for Best Actor.

Younger audiences came to know Mr. Brando as a tabloid curiosity, an overweight target for late-night comics, rather than what he once was: a truly revolutionary presence who strode through American popular culture like lightning on legs, nearly 60 years after he first won acclaim, first on Broadway and then in films. He has, without a doubt, been the most extensively mimicked of the handful of enduringly great American cinema performers — some argue the greatest. Almost every great male actor of the previous half-century, from Paul Newman to Warren Beatty to Robert De Niro to Sean Penn, has echoed Mr. Brando’s paradigm in some way.

Brando’s sister Jocelyn confirmed the actor’s death to FOXNews.com, and a family friend in Palm Springs, Calif., said Brando died Thursday around 6:20 p.m. at a Los Angeles-area hospital after being admitted on Wednesday night.

Brando popularized the Method, a Stanislavsky-inspired approach taught at the Actors Studio that stressed raw emotion and spontaneity over mechanical recital of speech, via his performances.

Brando, who was born in Omaha, Nebraska, was a rambunctious youngster. He was kicked out of a number of schools, including a military academy, and he struggled to care for his alcoholic mother. As a youngster, he moved to New York and enrolled at the Actors Studio, where he studied method acting with Lee Strasberg and Stella Adler.

He was a divisive and mysterious character who kept out of the public glare throughout it all, an often belligerent and melancholy iconoclast. He got himself into trouble on the few times when he seemed to let go and say what was actually on his creative mind, such as in a devastating feature by Truman Capote in The New Yorker in 1957 or in a couple of extremely bizarre performances on “Larry King Live” in the mid-1990s.

And he would frequently express disdain for acting as a profession. Mr. Brando once said, “Acting is the least mysterious of all crafts. Whenever we want something from somebody or when we want to hide something or pretend, we’re acting. Most people do it all day long.”

James Caan (search), Brando’s longtime friend and “Godfather” co-star, claimed he was “shocked” by the news of his death. “Brando influenced more young actors of my generation than any other actor,” Caan observed.

“Anyone who denies this never understood what it was all about,” Caan said.

With the box-office failure of his single directing endeavor, the underrated 1961 Western “One-Eyed Jacks,” and the pricey flop remake of “Mutiny on the Bounty,” Brando’s fortune began to flip in the 1960s. Though he continued to produce intriguing work in films such as “Reflections in a Golden Eye” (1967) and “Burn!” (1970), he was regarded as such a box-office poison that he had to go through a screen test to get the lead part in “The Godfather” in 1972. The outcome was one of cinema’s most lasting classics, another Best Actor Oscar win for Brando, and the development of what may be his most famous character, as aging crime lord Don Vito Corleone. He followed it up with an Oscar nomination for “Last Tango in Paris” (1973), arguably his most sexually adventurous and emotionally agonizing performance.