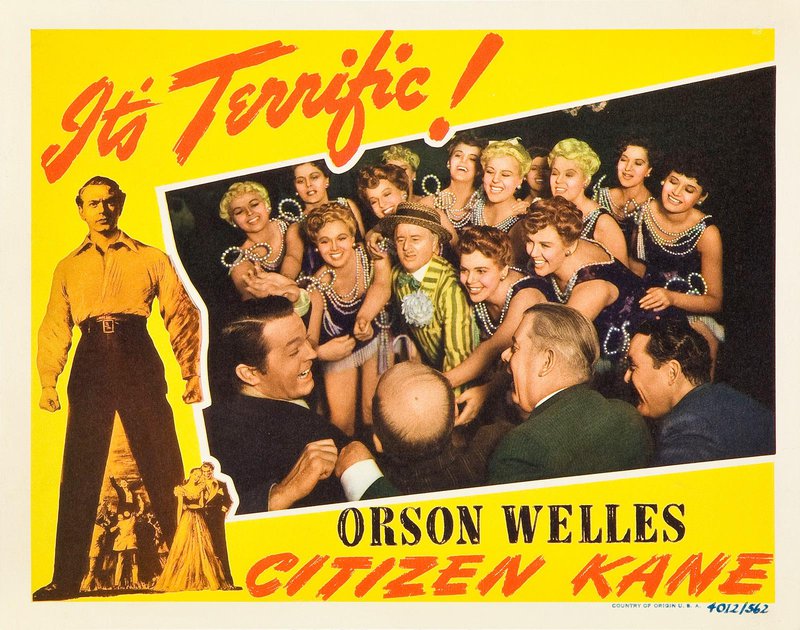 On January 8, 1941, William Randolph Hearst forbade any of his newspapers from running advertising for Orson Welles’ Citizen Kane, igniting one of Hollywood’s most famous titanic clashes–an upstart “boy genius” director vs a furious 76-year-old newspaper magnate.

The fictitious newspaper proprietor Charles Foster Kane’s rise and fall was the subject of the 1941 film.

Except for Hedda Hopper, the foremost gossip writer of the day, virtually everyone there at a preview showing believed they had witnessed a piece of brilliance. She despised the film, which she described as “a vicious and irresponsible attack on a great man.”

Citizen Kane was a scathing portrayal of media mogul William Randolph Hearst. When Hearst learnt about Welles’ picture through Hopper, he decided to preserve his reputation by shutting it down. Hollywood executives gathered around Hearst, led by Louis B. Mayer, and attempted to acquire Citizen Kane in order to destroy the negative. At the same time, Hearst’s supporters tried to scare cinema theaters into not showing the film. Threats of extortion, press slander, and FBI investigations were all employed in the campaign.

The effort mainly successful. It would take nearly a quarter-century for Citizen Kane to be resurrected, and for Welles to be recognized as the creator of one of cinema’s great masterpieces.

Welles’ lawyer-manager, Arnold Weissberger, told his client that the Hearst empire would stop at nothing, according to research by Harlan Lebo for a new book: “This is not a tempest in a teapot, it will not calm down, and the forces opposed to us are constantly at work.”

“[Hearst] may decide to use all his legal machinery to harass RKO,” Weissberger warned elsewhere.

According to records, Welles believed that Hearst was not responsible for the assaults on him and Citizen Kane, but rather that his henchmen only wanted “to show to the boss that they were on the ball.” “Don’t go back to your hotel,” a police investigator cautioned Welles during a lecture tour before to the premiere of Citizen Kane. “They’ve got a 14-year-old girl in the closet and two photographers waiting for you to come in.” However, at the time, the director blamed a “hatchet man” from a local Hearst newspaper.

“It’s typically been assumed that Hearst didn’t know about it and that it was probably just his lackeys trying to protect the boss,” said Lebo, who served as historical consultant to Paramount Pictures for Citizen Kane’s 50th anniversary. “But it’s clear he knew about it the entire time.”

He described the plot as “much more complicated and dark than has been recognised before,” citing evidence that Hearst officials conspired to destroy Welles’ personal reputation and prevent the distribution of the picture.

Hearst was so enraged by the picture that he banned press coverage from his magazines. Hearst accused Welles of being a communist at one point, a claim that might have resulted in federal investigations, let alone ruined Hollywood careers, at the time. Welles, who said the character was “made up of a lot of people,” later commented, “If Hearst isn’t rightfully careful, I’m going to make a film that’s really based on his life.”

“It was a Communist witch-hunt that was planned and managed at the top level of the Hearst organisation,” Lebo claimed, adding that Welles was not a Communist.

A letter from Berlin to Hearst’s assistant shows the media baron was colluding with Congressional investigators hunting Communists in Hollywood: “We have the complete assurance from our friends in Washington that the result of the investigation made by them … of the motion picture industry is available to us … This should be extremely valuable.”

“Hearst and Welles were proud, gifted, and destructive—geniuses each in his way,” says producer Thomas Lennon. “The fight that ruined them both was thoroughly in character with how they’d lived their lives.”

Susan Alexander, Kane’s second wife whom he seeks to convert into an opera star, played by Dorothy Comingore, was another cause of tension. Marion Davies, Mankiewicz’s acquaintance and Hearst’s mistress, was said to be the inspiration for her. In real life, Hearst sponsored Davies’ films in a similar way, insisting that she perform in dramas despite her comedic talents. Despite Welles’ denials, the influential publisher was able to persuade numerous cinemas not to screen Citizen Kane.

The plot against Citizen Kane is thought to have begun after Hedda Hopper and Louella Parsons, two Hollywood columnists, saw footage of the film. “As the story goes, Hopper, after seeing a rough cut … alerted the Hearst organisation to the ‘dangers’ of Citizen Kane, and Parsons, who wrote for Hearst, then saw the film and took up the Hearst cause,” Lebo said.

Welles recounted Hearst’s attempts to have Citizen Kane “destroyed” and “framed” him when speaking on The Dick Cavett Show in 1970. He recalled one occasion after a performance when a police officer approached him and warned him not to return to his hotel. The rationale for this was that someone had a minor cornered with a photographer ready to catch him in an alleged act of misconduct. “They were going to frame me,” Welles recalled, assuming it was set up by someone attempting to “get in good with the boss” rather than Hearst himself. “II would have been in jail. with the cops waiting to jump in and arrest me.”

Citizen Kane was nominated for nine Academy Awards, but only one was awarded (a shared Best Screenplay prize for Mankiewicz and Welles), and Welles and the film were booed during the 1942 event. After Schaefer and Welles were fired from RKO, the picture was returned to the studio’s archives. It would be another 25 years before Citizen Kane received its due, but it has since been hailed as one of the greatest films of all time.