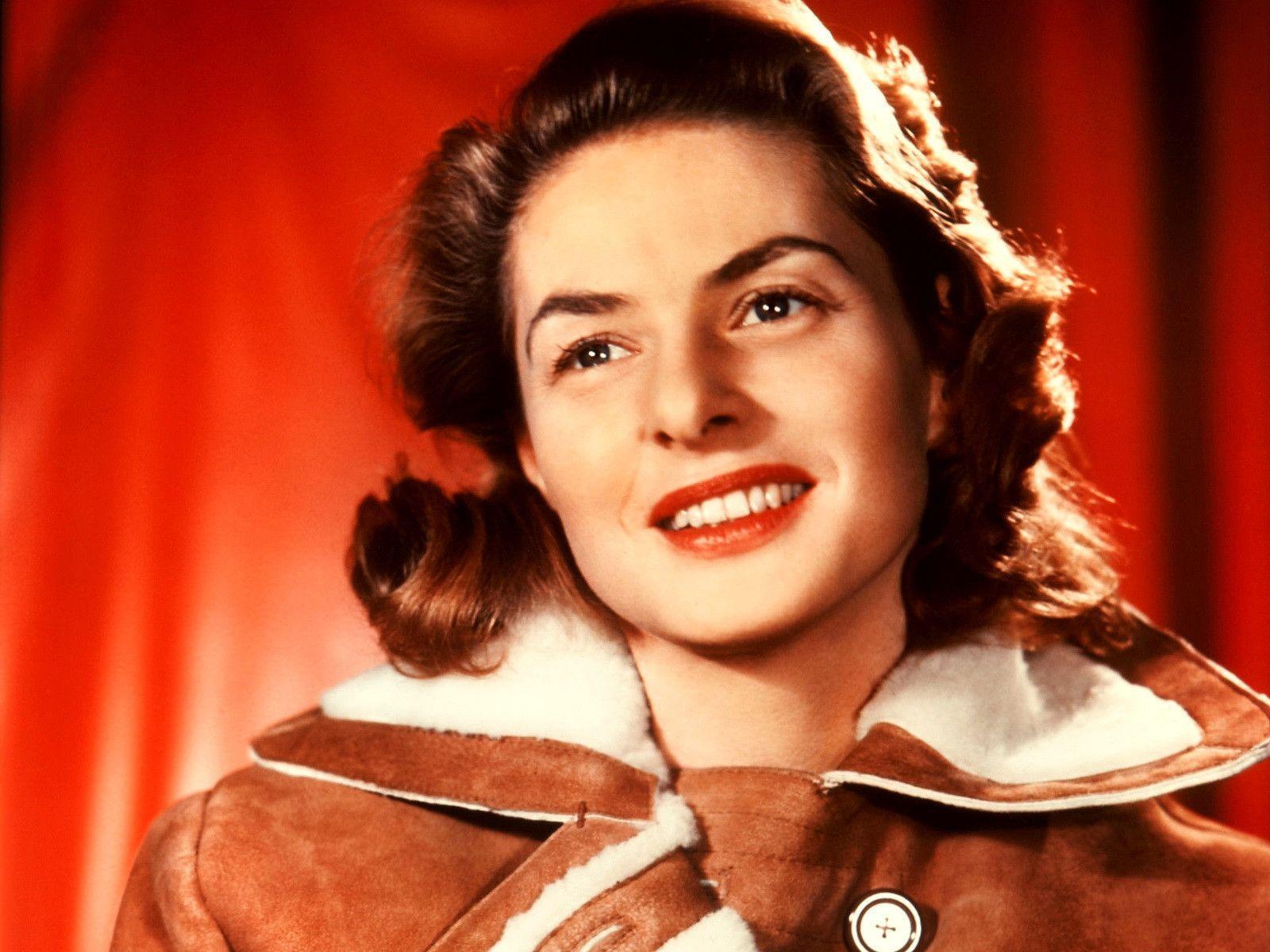 During the first heartbreaking notes of “As Time Goes By” in Casablanca, the Academy Award–winning film that debuted 75 years ago on Thanksgiving Day, actress Ingrid Bergman’s face is a tempest of conflicting emotions. Bergman deftly uses her expressive lightly lined eyes and naturally sculpted brows to help project both vulnerability and courage amid a growing refugee crisis in WWII-era Morocco, as the wife of an idealistic Czech freedom fighter caught in a love triangle with a cynical American nightclub owner (Humphrey Bogart). The  Swedish actress said in her book, My Story, that she had to battle for her all-natural look, bluntly refusing to undergo the conventional superstar treatment, which included altering one’s hair, brows, name, and anything else deemed “necessary” for film work.

Bergman came in Hollywood in the late 1930s with only one bag and no cosmetics equipment, leading director David Selznick’s wife, Irene, to ask, “You mean you have nothing on your face?” She didn’t.

When the actress met the filmmaker (in the midst of producing Gone With the Wind), he immediately sized her up, commenting, “Your eyebrows are too thick, and your teeth are no good, and there are lots of other things . . . I’ll take you to the makeup department in the morning.”

Ingrid valued her natural beauty over makeup, unlike many other actresses at the time, and only used makeup in films that needed it for her parts. However, it is alleged that when it came to grooming, she would shave a centimeter off her hairline to make her forehead look broader.

Bergman fought back right away. “I think you’ve made a big mistake,” she told the man who had contacted her after seeing her in a promising Swedish film. “You shouldn’t have bought the pig in the sack. I thought you saw me in the movie Intermezzo and liked me, and sent [agent] Kay Brown across Sweden to get me. Now you’ve seen me, you want to change everything. So I’d rather not do the movie . . . I’ll take the next train and go back home.”

Selznick relented after a quiet standoff, and claimed Bergman’s reluctance to cap her teeth and pluck her brows as his own unique invention. He assured her, “I’ve got an idea that’s so simple and yet no one in Hollywood has ever tried it before. Nothing about you is going to be touched. Nothing altered . . . You are going to be the first ‘natural’ actress.”

The producer accompanied Bergman to the makeup studio, and she recounts the ensuing conversation: “Next morning, I was sitting in the makeup chair and this highly qualified makeup man was looking at me and uttering ‘Ums’ and ‘Ahs’… ‘These eyebrows have got to be plucked and there’re some wrinkles that need attention…’” According to Bergman, Selznick vehemently rejected the suggestions. “He yelled, ‘Understand this, you are not going to take one eyebrow or one hair away. You are not going to do anything.’” Ingrid Bergman—No Make-Up—Take 1,” read the first screen test for the actress. Casablanca was released less than four years later.

“I was very fond of Ingrid,” Cary Grant once said about the actress. “She was an amazing woman… She used no makeup, not even lip rouge. Why don’t more actresses imitate her instead of going the other way? You can tell how secure a woman is by the amount of makeup she uses.”

Despite her celebrity, she was noted for her modest and easygoing nature. She was multilingual and performed in five languages. In 1950, she sparked outrage when she famously left her husband for filmmaker Roberto Rossellini, with whom she had a child. The incident enraged the American public, and she was vilified as a “instrument of evil” on the Senate floor. This damaged her onscreen purity, but she gradually regained popular trust and went on to win Oscars for her roles in Anastasia in 1956 and Midnight on the Orient Express in 1974. “”In one lifetime, I’ve gone from saint to whore and back to saint,” she would remark.

On set, she was notorious for her hunger, devouring crayfish and hot ice cream sundaes while wearing a bib. Her first husband would place a lock on their fridge during filming, on the director’s instruction, to keep her from nibbling. She was a wonderful mix of sweetness and obstinacy. “Be yourself,” she said, “the world worships the original.”