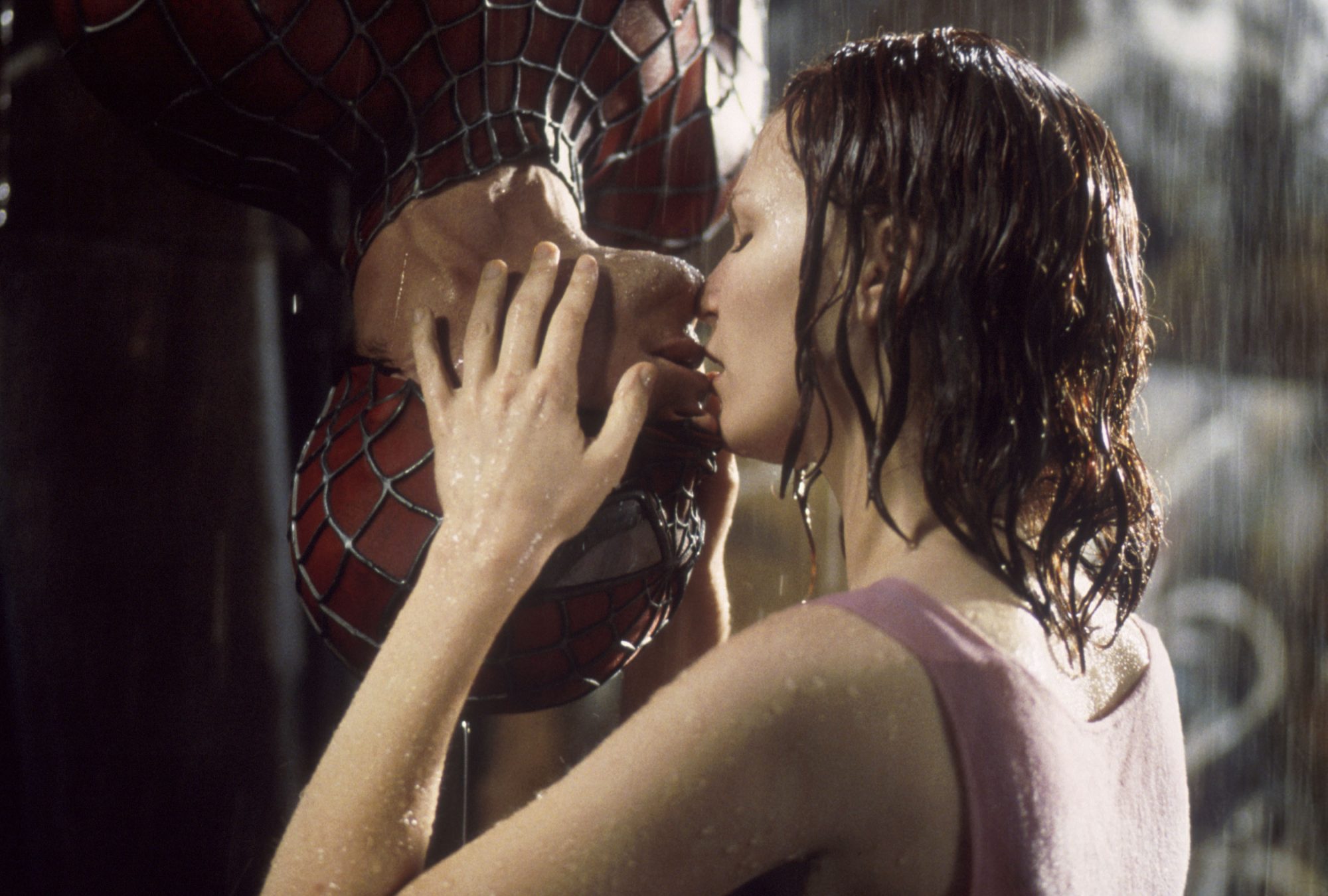 After saving her from a band of thugs, Dunst pulls down the mask of an upside-down Spider-Man just far enough to kiss him.

“I did not feel like it was a famous kiss because Tobey was… water was getting up his nose because of the rain, and then he couldn’t breathe in the Spider-Man suit, and then… and it just felt very late at night,” Dunst told W magazine in a recent interview.

Dunst said, “I didn’t think about it that way.”

‘But the way it was presented to me, [director Sam Raimi] gave me this book of famous kisses, so that made me realize how romantic and special Sam wanted this to be. Even though it wasn’t necessarily feeling that way with Tobey hanging upside down,’ she says.

When interviewer Lynn Hirschberg noted that the kiss is now featured in “every montage of famous kisses,” Dunst responded, “I’m proud to be a part of that.”

“It looked like a great kiss,” the actress remarked.

Dunst and Maguire won an MTV Movie Award for Best Kiss for the scene in 2003.

The mother-of-two also discussed her decision to play Watson in the Spider-Man franchise at a young age.

“I just knew that Sam was going to do something special,” she said.

She stated, “It felt like an indie. Just these choices Sam was making, like casting Tobey — he had only been in Wonder Boys and The Cider House Rules at the time — and Willem Dafoe. He set the tone for hiring really interesting actors for these Marvel movies.”

After meeting on the set of Spider-Man, the two actors began dating in 2001 while filming the first feature, but the relationship ended after only a year.

While she hasn’t played Peter’s fiery-haired flame in any subsequent movie about the well-known webslinger, the Melancholia actress recently stated that she would be open to resuming her role.

“I would do it. Why not? That would be fun,” Dunst stated in a November interview with Variety.

“I would never say no to something like that,” she continued, before joking, “I’d be old MJ at this point with little Spidey babies.”