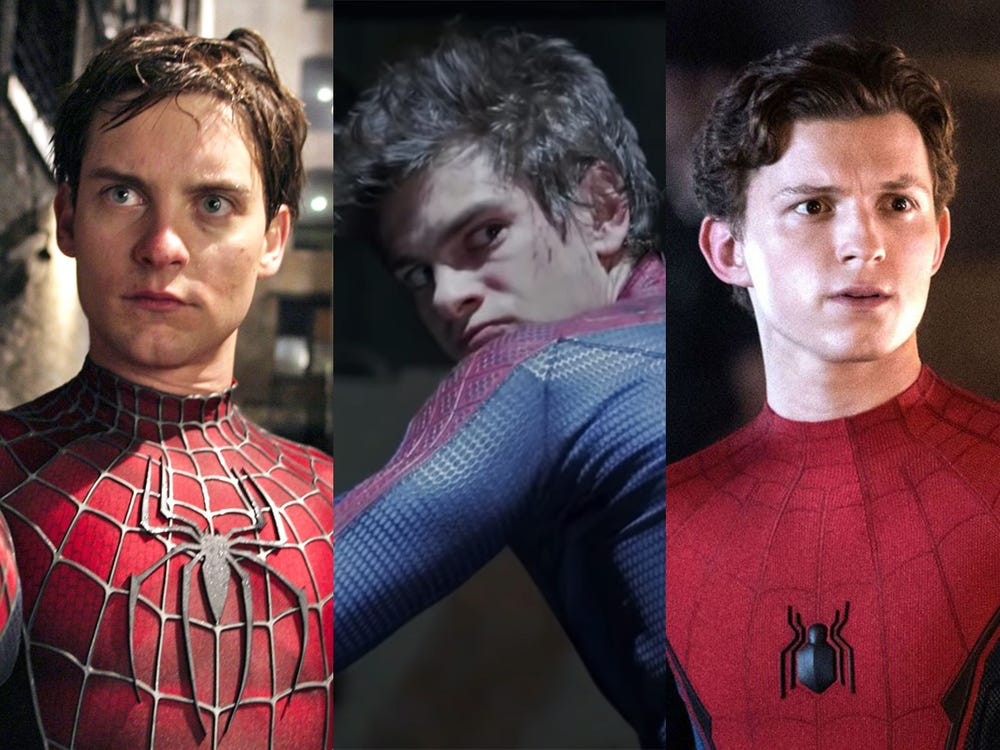 Tom Holland revealed that he made a group chat with Tobey Maguire and Andrew Garfield, who previously played Spider-Man.

Holland was given a photo of him and Garfield hugging each other and asked about it in an interview with BBC Radio 1 ahead of the release of Spider-Man: No Way Home.

He said, “It’s an interesting thing, because, when you play Spider-Man, there’s only three people to have done it on the big screen. And it’s quite an alienating experience. I have my friendships and my relationships with people that I can express my concerns and talk about my problems, and that sort of stuff. But there’s nothing quite like doing it with someone that has donned the suit.

“And for me, I don’t know Andrew that well and I saw him at this party and I was like, ‘I have to go say hello’ because we’ve shared something that very few people have shared. It’s interesting, we went out to another party after that and I actually bumped into Tobey only 20 minutes later. Over the last few years, we’ve kinda been getting closer just because we’ve all realised that we share something that only us three people share and you know, obviously one day sharing the screen with them will be a delight. But, no one believes me but unfortunately, it’s not in this movie.”

“We actually do have a WhatsApp group,” he said, adding, “I don’t know how it got set up, but we bumped into Tobey at a Japanese restaurant a while ago, and I took his number. I think I set it up.” He joked that nobody has responded to his messages on the group yet. “I think I’m the only one who’s ever spoken in it. What’s up other Spider-Mans?!,” he laughed.

We can definitely see Tom emailing it to the other two Spider-Man actors.

In Sam Raimi’s trilogy, released between 2002 and 2007, Maguire portrayed the legendary Marvel superhero. Garfield went on to play Spider-Man in two films, both of which were released in 2012.

Holland first appeared as the character in Captain America: Civil War in 2016. Since then, he’s played Spider-Man in two Avengers films and two standalone movies. The third film, No Way Home, will be released on December 16th.