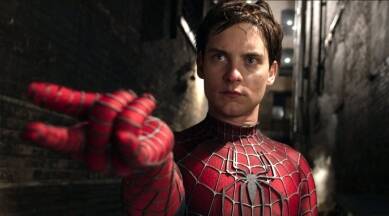 Jamie Foxx responds to the recently released Spider-Man: No Way Home trailer with a tease on social media. The Oscar-winning actor for Ray featured in 2014’s The Amazing Spider-Man 2 as Max Dillion, an electrical engineer for Oscorp Industries who falls into a vat of genetically-engineered electric eels, converting him into Electro, Andrew Garfield’s Spider-Man’s electrically-charged antagonist. Despite the fact that the sequel was a flop both critically and monetarily, Foxx will reprise the role in the new MCU threequel.

Fans got a better glimpse at what to anticipate from Spider-Man: No Way Home in the jaw-dropping three-minute teaser, and the film features a slew of popular villains from past Spider-Man films. Willem Dafoe’s Green Goblin from the original 2002 Spider-Man film surfed the skies, Alfred Molina’s Doctor Octopus from 2004’s Spider-Man 2 will battle the hero on a bridge, and even Lizard from 2012’s The Amazing Spider-Man and Sandman from Spider-Man 3 will appear, along with Jamie Foxx’s Electro.

Jamie Foxx, who is poised to reprise his role as Electro in Spider-Man: No Way Home, tweeted a photo of lightning with the comment “Light Em up” and the hashtag “#chasingspiders” on Instagram.

Fans were quickly drawn to the hashtag since “spider” was written in plural form. Many of them are questioning if Foxx was hinting at the presence of numerous Spider-Men in the film. However, the actor-singer previously composed a song called “Chasing Spaders” when working on The Amazing Spider-Man 2, so it’s possible he’s alluding to it. But he may just be being cheeky with the caption, a hint to the long-running fan rumor.

At this point, it’s an open secret that Tobey Maguire and Andrew Garfield’s Spider-Men will feature in No Way Home, though Marvel has yet to confirm this. Instead, Kevin Feige has attempted to moderate public perception of these reports.

Tom Holland discussed having great actors like Alfred Molina and Jamie Foxx return to the franchise in an interview with Total Film.

“Everyone puts their trousers on in the same way in the morning,” Holland stated. “It was interesting having those guys come in because they have certain ownership over Spider-Man in their own way, and…I’m talking about Alfred and Jamie and those guys.”

As of this writing, Foxx has not removed his Instagram post. This isn’t the first time he’s mentioned his reemergence as Electro on social media. Last year, when it was discovered that he would be appearing in the film, he quickly shared his reaction on Instagram, revealing that he would have a different look. However, he erased his message a few hours later.