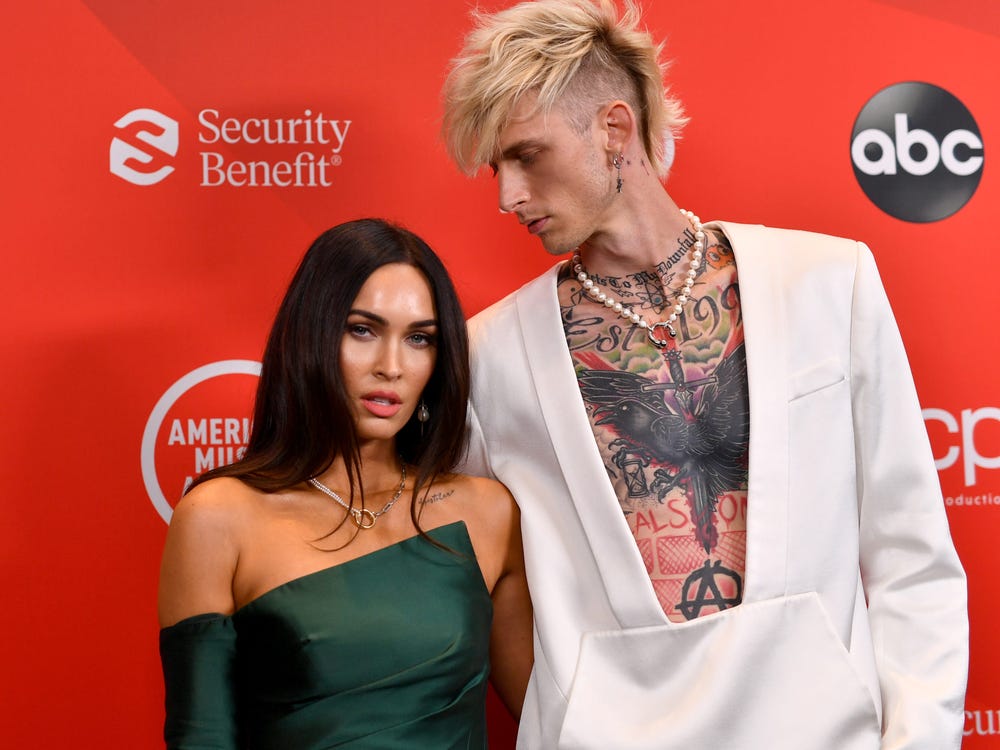 Megan Fox is fighting back against misogynistic attacks on her personal life.

During an interview with Instyle on Wednesday, she addressed criticism regarding her and Machine Gun Kelly’s four-year age difference, calling the scrutiny sexist.

The Transformers actor spoke up about the backlash she’s received as a result of her relationship with Machine Gun Kelly, 31. In May 2020, the pair met on the set of Midnight in the Switchgrass, and made their relationship Instagram public in July when she starred in his music video “Bloody Valentine.”

“The second that I was in a room with him … I knew right away that he was what I call a twin flame,” the Transformers actress said on the “Give Them Lala … With Randall” podcast. “Instead of a soul mate, a twin flame is actually where a soul has ascended into a high enough level that it can be split into two different bodies at the same time. So we’re actually two halves of the same soul, I think. And I said that to him almost immediately because I felt it right away.”

Fox believes that if a male celebrity dated a woman four years his junior, the relationship would not raise any eyebrows. She emphasized that the criticism she receives is based on a double standard.

“You want to talk about patriarchy? The fact that he’s four years younger than me, and people want to act like I’m dating a younger man. He’s 31, and I’m 35. Granted, he’s lived like he’s 19 his whole life, but he isn’t 19. No one would blink twice if George Clooney was dating someone four years younger.”

“Four years? Go (expletive) yourself. We would have been in high school together. That’s so ridiculous that women are treated that way.”

She previously told The Washington Post that she thought the Houston rapper was her “soul mate” “instantly.”

The Jennifer’s Body star also discussed the prejudice working mothers endure in an InStyle interview, revealing some of the nasty comments she’s gotten while out.

When Fox is out and about, she is frequently asked, “Where are your kids?” before responding with a great clap back, “Do you ask their dad when he’s out?”

“No,” Fox continued, “because you don’t expect a dad to be with the kids all the time, but I’m supposed to not be seen and be at home with my kids. They have another parent. I have to leave and sometimes I don’t want them photographed and they don’t come with me.”

Connecting with Fox was just as powerful for the Nerve actor, as he told NME in October 2020 that his girlfriend has made him a “better” person. “I think the universe caught on to me wanting to make a change. It was like, ‘Maybe we won’t make this a reality; maybe we’ll make this ironic,’” he said at the time. “Instead of the downfall, go ahead and have the biggest rise of your f–king life.”

Fox said that the relentless media attention she faced harmed her mental health until she had a “incredible breakthrough” at the end of 2019.

“I realized that I had been living in a self-imposed prison for so long because I let other people tell me who I was or what I wasn’t. I hid because I was hurt,” she reflected.

“I came home, and my whole life changed. I got a divorce and I started working more and doing more things. I ended up meeting Colson, and then literally everything exploded from there.”

“We have to be careful with our words — they’re powerful. That’s something I wish most people would understand. We live in a culture where it’s a game to be the most hateful to get the most attention,” she continued.

“It’s not funny. You’re speaking words over real people, who are permeable, who have hearts. Your negativity can influence them. Especially the sensitive ones,” Fox explained to the outlet. “I’ll call myself one of them. We’re the ones who are influenced by your negativity because we’re so open. I’m not closed off. Those things affect me really deeply.”