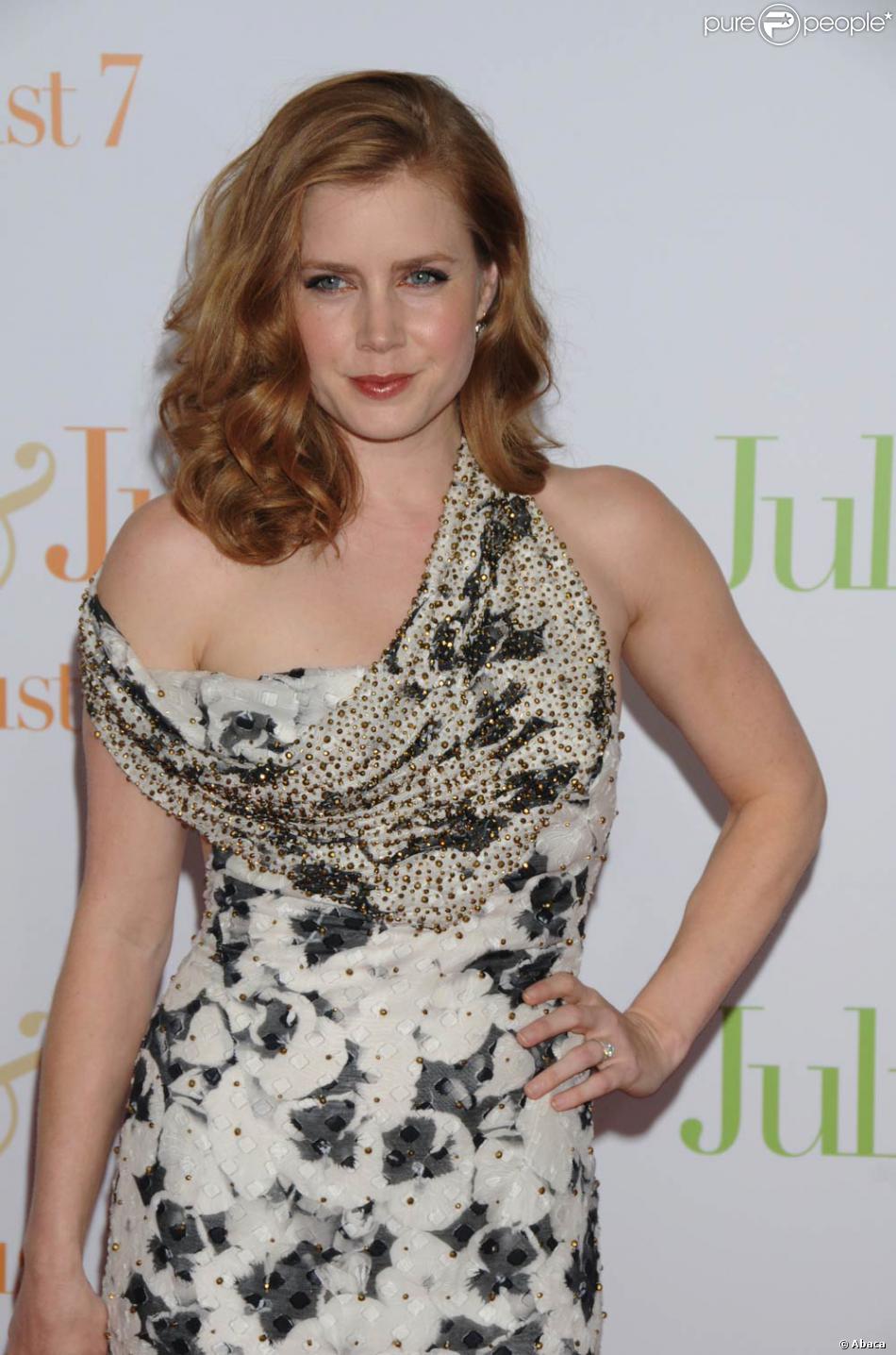 David O. Russell has a reputation for getting into heated encounters with actors on set, including George Clooney and Lily Tomlin. Now there’s a new star to add to the list.

And it is none other than Amy Adams, who sizzled on the cover of GQ, flaunting her bare back and glancing seductively in the reader’s direction.

The American actress embodied the essence of a Hollywood siren for the photo session, with dark eyes and dramatic red lipstick that harkened back to the heyday of the business.

Adams has acknowledged that David O. Russell, the director of the Oscar-nominated film “American Hustle,” made her weep on the set.

“He did [make me cry] – I was really just devastated on set. I mean, not every day, but most.”

She stated that Jennifer Lawrence, who has been in three O. Russell films, “doesn’t take any of it on. She’s Teflon. And I am not Teflon.”

“But I also don’t like to see other people treated badly. It’s not OK with me.”

‘Life to me is more important than movies. It really taught me how to separate work and home. Because I was like, I cannot bring this experience home with me to my daughter.’

In a lengthy feature on the Adams, she went on to say that she was aware of the now public disparity between the wages being made by female cast members being significantly less than those for the males.

“I didn’t speak about it before and I’m probably not going to speak about it forever, because I disagreed with… not Jennifer per se, but people who had opinions on how women should go about negotiating,” she said.

“The truth is we hire people to negotiate on our behalf, men and women… I knew I was being paid less and I still agreed to do it because the option comes down to do it or don’t do it. So you just have to decide if it’s worth it for you. It doesn’t mean I liked it.”

Her co-star in the film, Jennifer Lawrence, was vocal about the gender pay gap and penned an open letter to raise the profile of the issue.

When asked for her thoughts, Amy replied: ‘What I liked is that it was not necessarily about getting paid, or not getting paid. It’s like we [women] have been conditioned to not be controversial, to not cause problems. It’s about finding your voice.’

On the Batman v Superman set, Adams says, she sang so much they eventually put up a banner. It read: “Days Since ‘Let It Go’ Was Sung”. The counter was always at zero.

Her proudest achievement? Getting Joaquin Phoenix to take part in a duet. “Yes! He would do Annie! He said, ‘I love that musical.’ I was like, ‘Are you teasing me?'”

Partly, you can put this down to her disposition (sunny), partly down to her nerves (“I often sing if I’m nervous or need to relax”), but partly, also, to her religious upbringing, as a Mormon.

“Even now when I go to family reunions with cousins, everyone gets up and sings a song,” she says.

She hasn’t remained in the faith (“I have coffee and alcohol, which is a no-no…”), yet it has remained in her: an earnest, straight-down-the-line quality that’s easy to mimic but hard to fake.

For each role she takes on, she says, the first thing she does is consider the character’s religious background.

Lois Lane, for instance, is someone who has lost a lot of faith, “but I wouldn’t call her God-fearing”. For Margaret Keane, the artist she played in Tim Burton’s Big Eyes, it was huge, “because Margaret is a Jehovah’s Witness, and towards the end that was something that gave her strength”. And for the nun in Doubt, well… “Haha, yes, that one was kinda spelled out for me.”

The follow-through of this earnestness, of course, can be naivety. But with Adams this just feels more like good faith.