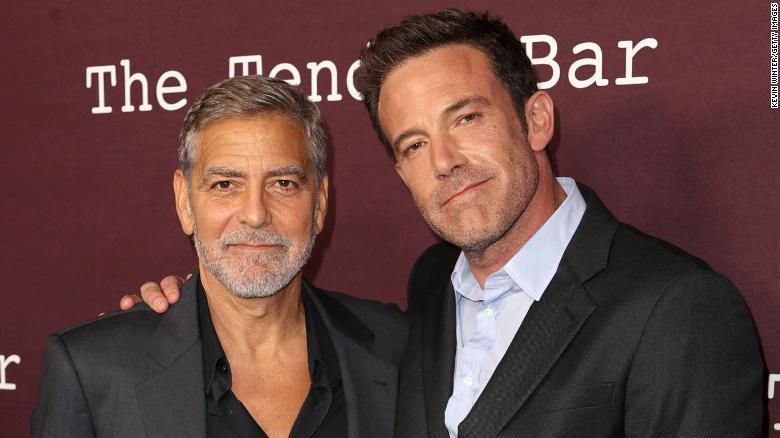 Ben Affleck and George Clooney are two of Hollywood’s biggest stars, with close mutual acting buddies, yet they’ve never worked together on the big screen.

At the Los Angeles premiere of “The Tender Bar,” the two walked the red carpet together.

In an interview with Entertainment Weekly, the pair discussed whether or not they’ll ever share a screen. Affleck said, “We had a great experience working together previously, he produced Argo [with me]. He just has so much experience doing his thing, doing this job, and it’s like, such a gift. Because it cuts through all the noise and gets right to the x, y, z. Bing, bang, boom.”

Clooney is “the best, most precise director I’ve ever worked with,” according to Affleck, who is also a successful and famous filmmaker.

“I would love to. He’s gotta hire me. I mean, he’s gotta cast himself and hire me. Maybe that’s the next step. He’s a really really smart actor, and what I really learned about George as an actor, is George really understands exactly how to kind of calibrate a performance. He really understands the audience’s expectations.” Affleck shared. “The truth is, he’s just really good at this thing.”

When asked the same subject, Clooney joked that Affleck would make him appear shorter on screen. He said, “He’s a foot taller than me! He makes me look like Mickey Rooney when I stand next to this guy. I think it would be too much sexy for one screen Because he’s a one-time sexiest man.”

Although the two Hollywood heavyweights have never appeared on screen together in a production, they have collaborated on numerous occasions. The Tender Bar, starring Ben Affleck, was produced and directed by George Clooney. Clooney also served as a producer on Argo, a film directed by and starring Affleck that garnered both men Academy Awards.

“The Tender Bar,” which also stars Lily Rabe, Tye Sheridan, and Christopher Lloyd, will be released in theaters globally on December 22 and will be available on Amazon Prime Video on January 7. It’s based on J. R. Moehringer’s memoir of the same name, published in 2005.