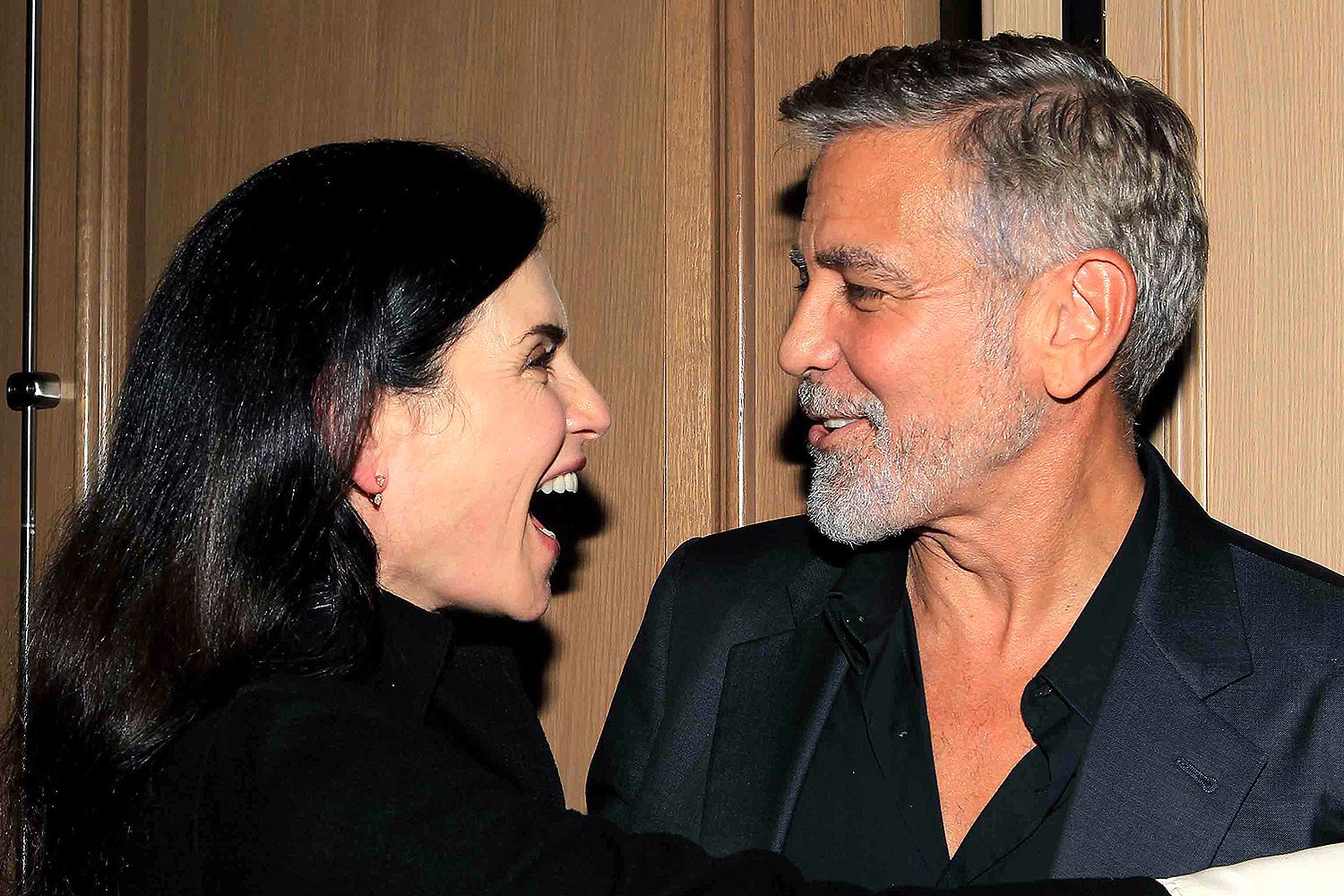 This heartwarming ER reunion between George Clooney and Julianna Margulies will make your heart flutter.

As they reconnected at the event, Julianna and George couldn’t stop grinning.

Julianna took a break from advertising her appearance on The Morning Show to go see a friend’s new film. Julianna was seen on video at the screening going to give George a hug. The actress had a big grin on her face when she spotted George.

Clooney and Margulies have been regularly seen together in public since their exits from ER (Clooney departed the main cast after season 5 in 1999, and Margulies left a year later when the season 6 finale aired in 2000). In 2005, Margulies attended the premiere of Clooney’s Syriana, which would go on to earn him his first Academy Award, and in 2010, she presented him with the Bob Hope Humanitarian Award at the 62nd Emmy Awards. 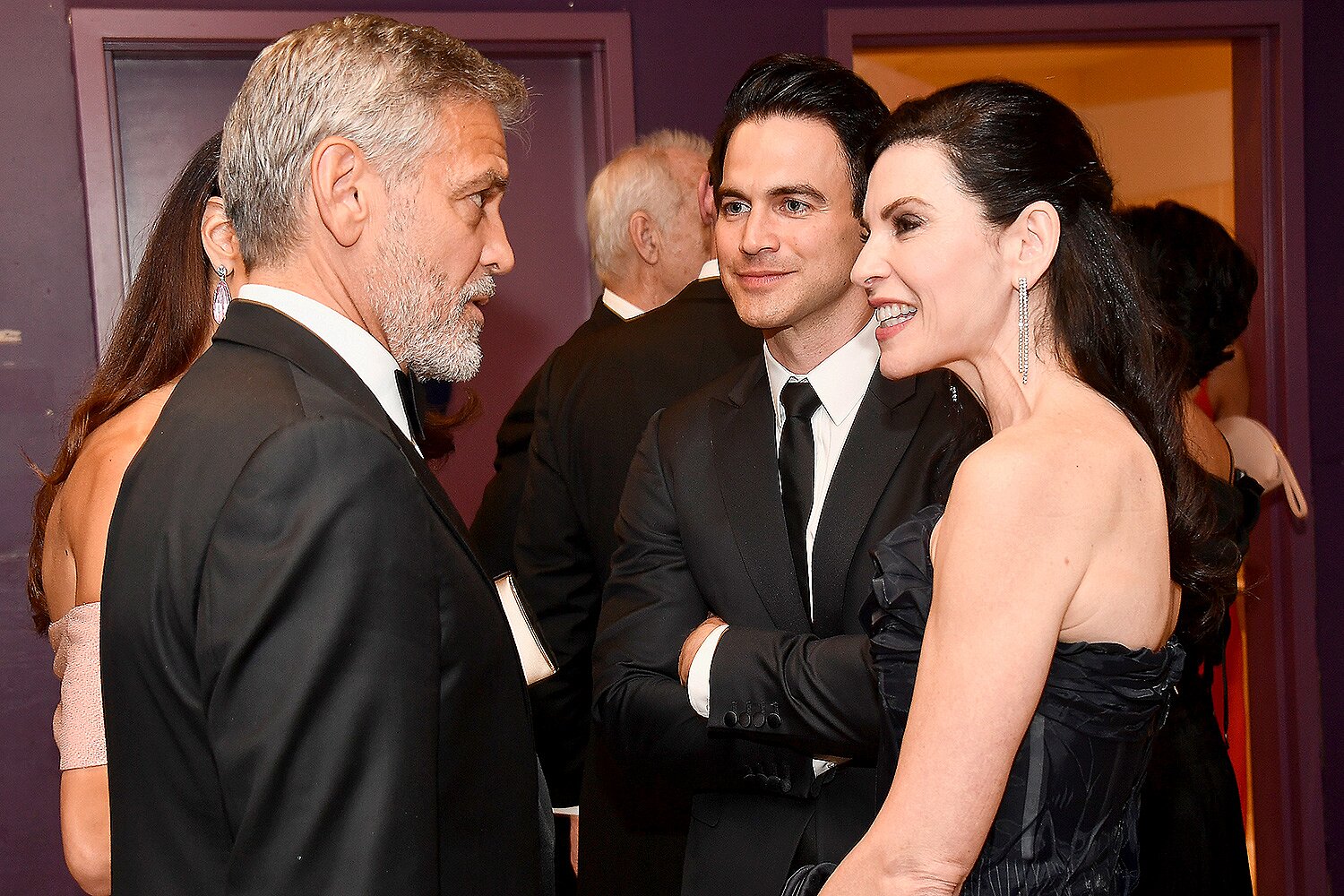 Clooney plays Dr. Doug Ross, while Margulies plays nurse Carol Hathaway in the film. On the blockbuster medical drama, the two played a couple, and Margulies told PEOPLE in April that she and her costar were so believable onscreen because they were in love in real life.

Margulies remarked of her and Clooney’s ER connection, “That can’t happen if you don’t have a crush on each other. And with George and me, it was so organic. I was just supposed to be a guest star, number 39 on the call sheet. But he treated everyone the same.”

Julianna and George reconnected with other ER cast members at a virtual reunion in April 2021. George told his co-stars, “I look at these faces and, you know, all of us share a really unique moment in time. We went from obscurity to a very different life almost overnight… it was such an exciting thing to be part of and to see all of you guys and not to see any gray hair, which really pisses me off!”

Julianna also said that it was George who persuaded her to stay on the show when she was considering leaving. “George called me and said, ‘If you’re thinking of taking another job, I urge you not to. I think in the next couple of days, you might be offered a series-regular role,’” the three-time Emmy winner said. “And I said, ‘But I died, how does that work?’ … A week later, they called and said, ‘We’re going to make you a series regular.’”

She told the magazine earlier this month, “What kind of possible reunion can you have with people 30 years older than they were when they first started out?!!  As far as I’m concerned, it’s only going to be embarrassing.”

Following their roles on ER, both actors have had successful careers. Clooney has a long history of acting in films, both in front of and behind the camera (The Descendants), while Margulies won two Emmys for her role on the courtroom drama The Good Wife. On the Apple TV+ series The Morning Show, she co-stars with Jennifer Aniston and Reese Witherspoon.

When the topic of an ER revival came up during the April virtual reunion, Clooney was also hesitant.

“I don’t know. The hardest part is that when you look at the show and consistently over so many years — it would be hard to say that you could do it at the level that we did it,” the actor said. “I’m not sure that that’s available.”

He added, “I’m not sure [about a reboot]… it’s hard to catch lightning again.”

George has been on the press tour for his new film, which he also directed. Amal Clooney, his wife, has accompanied him to many of his public appearances in the United States and London. On December 17, Ben Affleck’s film The Tender Bar will be released in cinemas and on Amazon Prime Video.