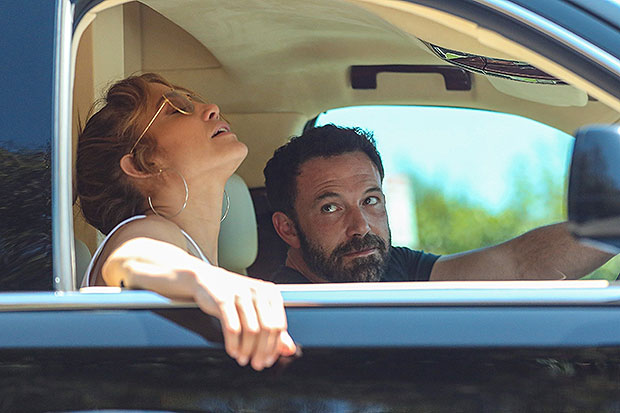 Ben Affleck has had a long career and has played many roles, but a Yankees fan? That’s where he draws the line.

You might have heard that during the filming of Gone Girl, director David Fincher kindly asked Affleck to wear a Yankees hat for a scene in which his character, Nick Dunne, was seeking to go unnoticed at an airport.

The 2014 psychological thriller was a hit. A novel with the same name that spent eight weeks at the top of the New York Times bestseller list served as the inspiration for the movie. The movie made $370 million, according to Hollywood Reporter. At the time, it was David Fincher’s highest-earning movie.

Fans were glued to their seats as they anxiously attempted to decipher the plot’s cryptic hints. Ben Affleck and Rosamund Pike play an apparently happy married couple in the movie. Affleck’s character is the prime suspect when Pike’s character vanishes. His life is turned upside-down as a result of the media circus that results from everyone discovering that his marriage wasn’t exactly what it looked to be.

The scene in question took place in New York, so it wasn’t as though Fincher was simply trolling Affleck’s endless love for the Red Sox, but the actor couldn’t bring himself to don the cap of the hated Bronx Bombers.

In the director’s commentary for the film, however, Fincher revealed he was not at all happy with Affleck’s refusal to wear the hat, said Affleck was “not being very professional as an actor,” and also said that production shut down for four days over the hat. Four days!

And during that time, there was no communication, no filming, nothing. All over a baseball hat.

“I really wanted it to be a Yankees cap but [inhales loudly], being from Boston and not being very professional as an actor, Ben refused to wear a Yankees cap,” Fincher said. “I mean it did not come to blows but we had to shut down production for four days.”

Fincher could totally be exaggerating, or have a very dry sense of humor, of course.

Ben also told The Times that the hat was the only fight he had with Fincher and it was basically a “one-man riot against the Yankees.” The good news: No punches were thrown. And you’ve got to give him credit for standing his ground – if he would’ve been seen wearing a Yankees cap, he never would’ve heard the end of it from Matt Damon.

Shutting down movie production over the team on a baseball cap might seem silly, but Affleck isn’t the only actor in Hollywood who demanded script changes. While some actors make tantrum-like demands over small issues, some actually have creative ideas that improve the film as a whole. BuzzFeed recently shared some interesting insights into actors who had strong feelings about some script changes…

Robert Downey Jr. had a suggestion that took the end of The Avengers in a different direction. After Iron Man came crashing to the ground, his line was originally supposed to be “What’s next?” Downey Jr. wasn’t impressed and suggested several alternatives. In the end, the comment about shawarma made the cut and resulted in a special post-credits scene showing the gang finally relaxing and enjoying some delicious Arabic food.

The Fast and the Furious fans adore the love story between lead man Dominic Toretto and his bad-ass girl, Letty. The two definitely had a “ride or die” relationship, and we can’t really think of too many couples that seem more perfect for one another. However, the original script went in the love triangle direction, including Paul Walker’s character, Brian O’Connor, in the mix. Michelle Rodriguez, who played Letty, nearly quit the film when the idea of the love triangle was pushed on her. She didn’t want to be seen as a cheater, even in something completely fictional.

John Candy Predicted His Own Sudden Death
James Franco admits to sleeping with his students, says he’s addicted to it