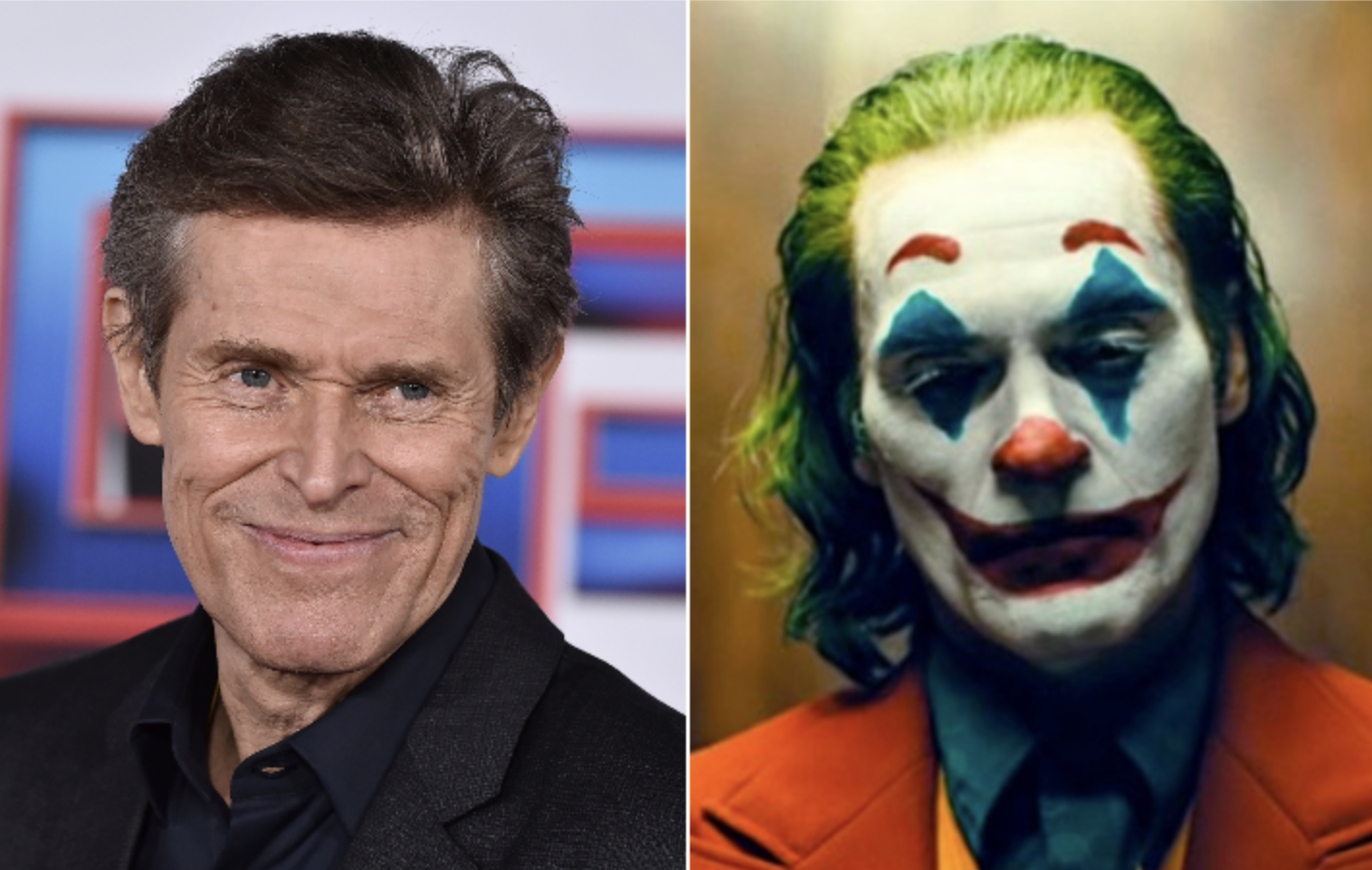 Willem Dafoe’s portrayal as Green Goblin in “Spider-Man” is legendary, and he just recreated the character to glowing acclaim in Marvel’s record-breaking “Spider-Man: No Way Home.” Green Goblin might not be Dafoe’s sole comic book movie villain if he gets his way. In an interview with British GQ, Oscar nominee Dafoe claimed that he would rather portray a man who is a Joker imposter in a film than the notorious Batman villain. Dafoe would be able to meet the real Joker, who was most recently portrayed by Joaquin Phoenix in an Oscar-winning performance.

“There is something interesting about, like, if there was a Joker imposter,” Dafoe said. “So it would be possible to have not dueling Jokers, but someone that [claims] to be the Joker that isn’t the Joker.”

He added, “And that kind of opens up the possibility of an interesting story, particularly if you had Joaquin Phoenix’s Joker, and then you had someone who was either imitating or riffing off what he did.”

Willem Dafoe, with his frightening looks and piercing glare, would be an ideal casting option to portray the caped crusader’s most dreaded nemesis, given his outstanding acting talents (both physically and performatively). Dafoe concluded his comments on the unforeseen project by saying that he had “fantasized” about the film’s prospects, but that “other than that I am not talking to anybody [about it], you’re the first one”.

On social media and YouTube, Dafoe has frequently been fan cast as the Joker (one fan cast video boasts over 3 million YouTube views).

Dafoe joked about portraying villains later in the conversation, saying: “I don’t know what that is. I’ll play dumb. You play characters. I could say, ‘Oh yeah, it’s fun to play villains ’cause you can do things that you can’t do in life, or it’s fun to play with your dark side.’ But I don’t know. I’m not thinking about those things.”

Joaquin Phoenix reimagined the Joker in the 2019 Oscar-winning picture Joker, for which he won Best Actor for his devoted depiction of the painted lunatic.

NME stated in a five-star review of Joker: “Yup, instant classic. Bold words. Bold proclamation. It is said without fear of plausible recrimination. Todd Phillips’ isn’t clowning around. This is edge-of-your-seat stuff. This is outstanding.”

The next Batman movie, starring Robert Pattinson, Colin Farrell, and Paul Dano, will be released in March 2022.