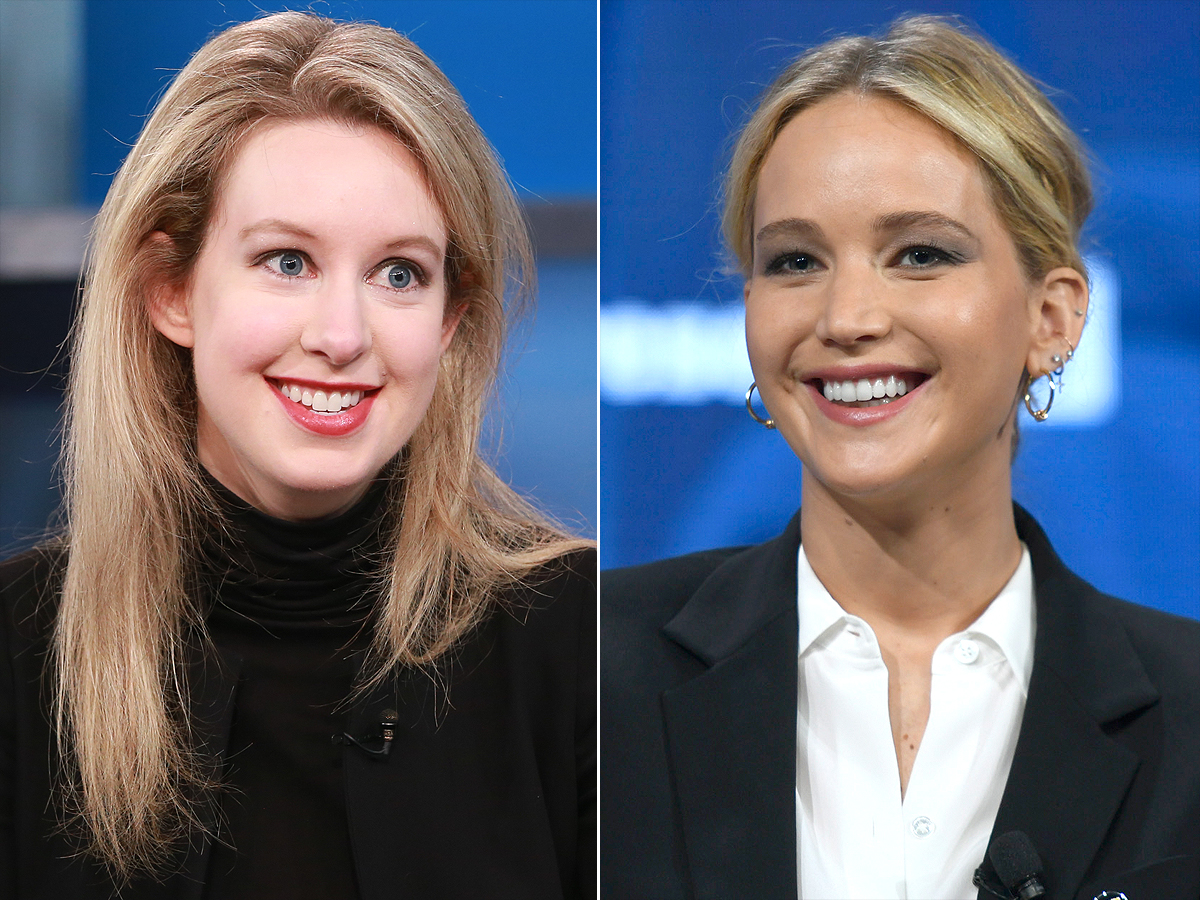 Jennifer Lawrence is honing her impression of Elizabeth Holmes’ unique voice in preparation for her forthcoming role as the disgraced CEO in a movie.

Don’t Look Up director Adam McKay, told Insider that Lawrence, 31, is hard at work nailing down Holmes’ unmistakable speech patterns before portraying her in a forthcoming biopic, which he wrote and produced. The film is based on writer John Carreyrou’s book Bad Blood: Secrets and Lies in Silicon Valley.

“You know, I haven’t made her do it for me yet. She said she’s been working on it,” he said of Jennifer‘s voice prep for the role. “She’s about to have a baby so I’m not going to bug her right now but she’s born to play that role.”

“With the voice, she said she’s feeling it,” he added. “She’s excited.”

McKay is expected to work alongside fellow producers Kevin Messick, Justine Polsky, Jennifer Lawrence, and Will Ferrell. The production will now be backed by Apple Original Films.

Holmes was found guilty of fraud in federal court in early January. Jurors found Holmes guilty of three counts of wire fraud and one count of conspiracy to commit wire fraud.  They found her not guilty of four additional charges and were unable to reach a unanimous decision on the other three.

In 2014, Holmes rose to fame as the founder and CEO of Theranos, a healthcare start-up that defrauded investors out of millions of dollars by falsely claiming that its technology could perform hundreds of medical tests with just a few drops of blood.

However, in 2016, issues about the technology’s accuracy began to surface, and in 2018, the Securities and Exchange Commission (SEC) sued Holmes and the firm with defrauding investors via “massive fraud.”

Her story was told in the HBO documentary The Inventor: Out for Blood in Silicon Valley, and Amanda Seyfried will play Holmes in the upcoming Hulu limited series The Dropout, which will premiere on March 3rd.

In other Holmes news, Kate McKinnon was expected to play her but dropped out last year, so Amanda Seyfried stepped in.

Lawrence explained to Vanity Fair in November why she wanted to take a break from the spotlight after nearly two years of not acting in any films.

“If I walked a red carpet, it was, ‘Why didn’t she run?’ … I think that I was people-pleasing for the majority of my life,” Lawrence said.

“Working made me feel like nobody could be mad at me: ‘Okay, I said yes, we’re doing it. Nobody’s mad.’ And then I felt like I reached a point where people were not pleased just by my existence,” she said. “So that kind of shook me out of thinking that work or your career can bring any kind of peace to your soul.”

Willem Dafoe wants to play a “Joker imposter” alongside Joaquin Phoenix
Keanu Reeves ’embarrassed’ by his wealth, gives a lot away