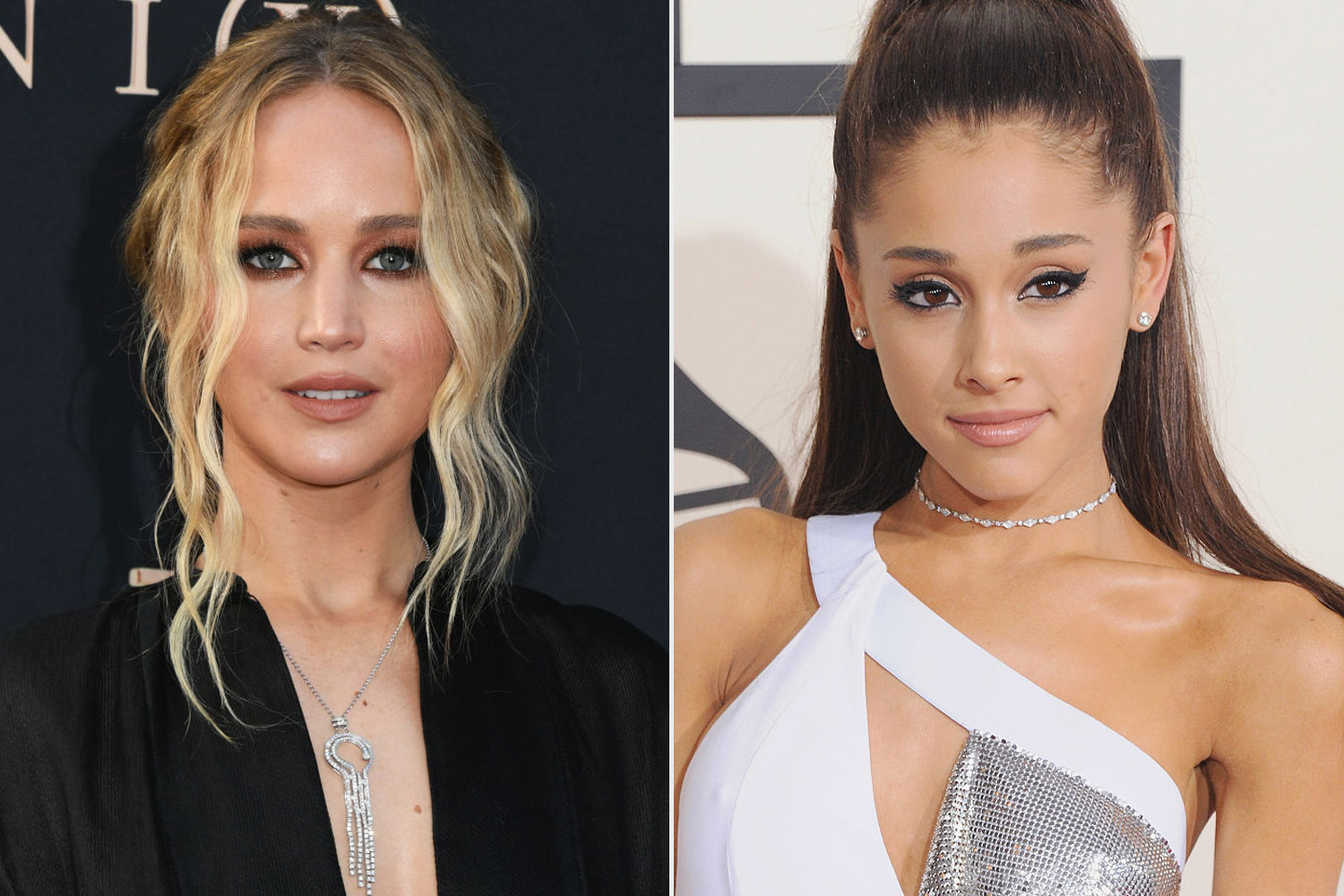 Jennifer Lawrence qualifies as an Arianator!

Lawrence has said that after meeting Ariana Grande on the set of Don’t Look Up, she fangirled over the singer.

The actress revealed yesterday during a Q&A session with BAFTA voters at the Harmony Gold Theater in Los Angeles that when she first met Grande, she went “full radio contest winner” and “was so nervous and excited” that she couldn’t keep her composure.

Jennifer, who, like any Arianator, adores Grande’s music, told Variety, “She can’t make bad music. I’ve since reflected on my behavior with Ariana Grande. I went full radio contest winner.” Adding further, Lawrence said, “I was so excited and nervous that at one point, I just kind of walked into her hotel room and sat down. I’ve just been thinking about it a lot lately. There were all of these trunks for her hair and makeup, and I was like, ‘Do you live here?'”

Grande, 28, has a brief role in Don’t Look Up and also created an original song for the film titled “Just Look Up,” alongside co-star Kid Cudi.

The two will appear together in Netflix’s ensemble comedy, which stars Lawrence and Leonardo DiCaprio as two mid-level scientists who discover a comet – seen as a “planet killer” – is on a collision course with Earth.

Things became much more awkward during the interview when Don’t Look Up director Adam McKay chimed in humorously, telling Jen, “She didn’t like you.”

Ariana Grande described her character on Jimmy Fallon. Riley Bina is an arrogant popstar who is in a relationship with DJ Cello, played by Kid Cudi. Ariana also stated that while she wanted to audition for the role, director Adam McKay convinced her that it was a little role and that she would be great at it.

In terms of getting star-struck, we believe the movie set was a true minefield, since the film contains a slew of famous people.

Don’t Look Up will be released in UK theaters on December 10th, followed by a Netflix release on December 24th.

“I was just a full radio contest winner. I was so excited and nervous,” Jennifer Lawrence says of meeting Ariana Grande while filming #DontLookUp. https://t.co/O88PUws0RF pic.twitter.com/e8TbfftOHA

As if Lawrence’s Ariana Grande fangirl moment wasn’t enough to remember this production by, she informed Vanity Fair that there was a wardrobe disaster she’ll never forget.

“And the nose rings … one just kind of hangs in; one is a magnet,” she explained, adding that she nearly choked on them several times. “And many, many times I accidentally inhaled said magnet and had to spit it out in front of Leonardo DiCaprio.”

Lawrence also raved about Hill’s performance in the film, telling Vanity Fair that he improvised many lines that made the final cut.

“He is the worst,” Lawrence remarked of Hill’s role, adding that it was “really hard filming with Jonah and just not ruining take after take laughing.”

“We onetime dedicated an entire day to him just improving insults at me. It was amazing. He and Meryl are the only ones who should do that kind of improv,” she said, adding, “He’s a comedic master. We all did some stuff, but not as well as Jonah.”