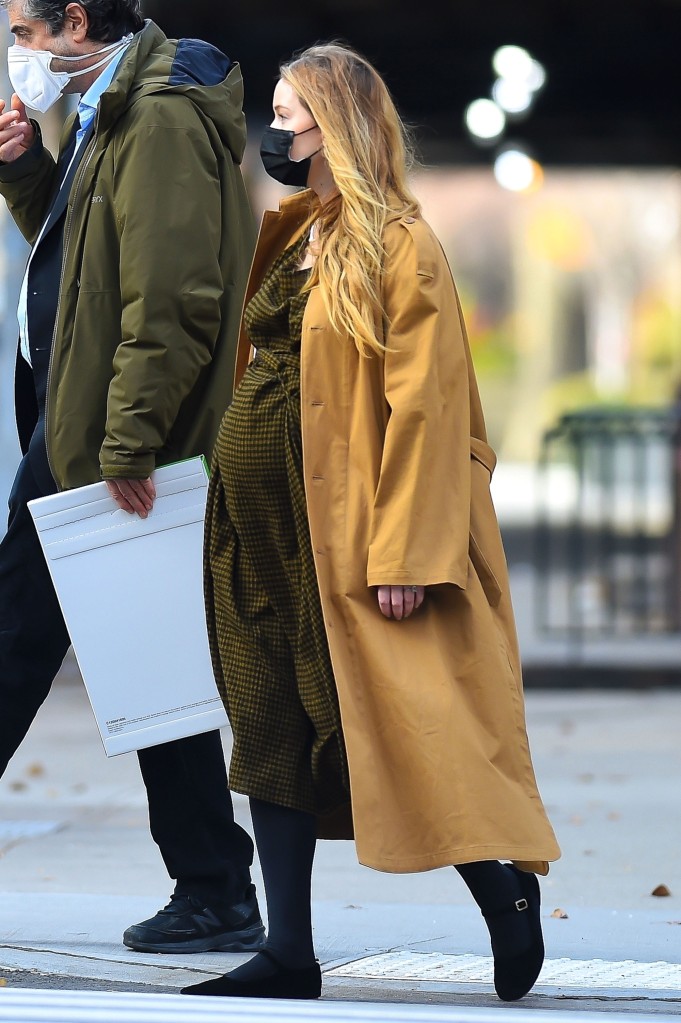 Jennifer Lawrence was photographed pounding the streets in New York City with her husband, Cooke Maroney, on Friday as the pregnant couple looked for a house.

The 31-year-old actress was photographed with the art dealer, 37, and a real estate agent while touring houses in the East Village.

During their trip to New York, the couple, who are expecting their first child together, wrapped their arms around each other.

The Oscar winner was dressed in a green maternity gown, a brown trench coat, and flats. Maroney was dressed stylishly in olive khakis, a blue polo shirt, and fashionable shoes. The expecting parents appear to be looking for a new home for their child. 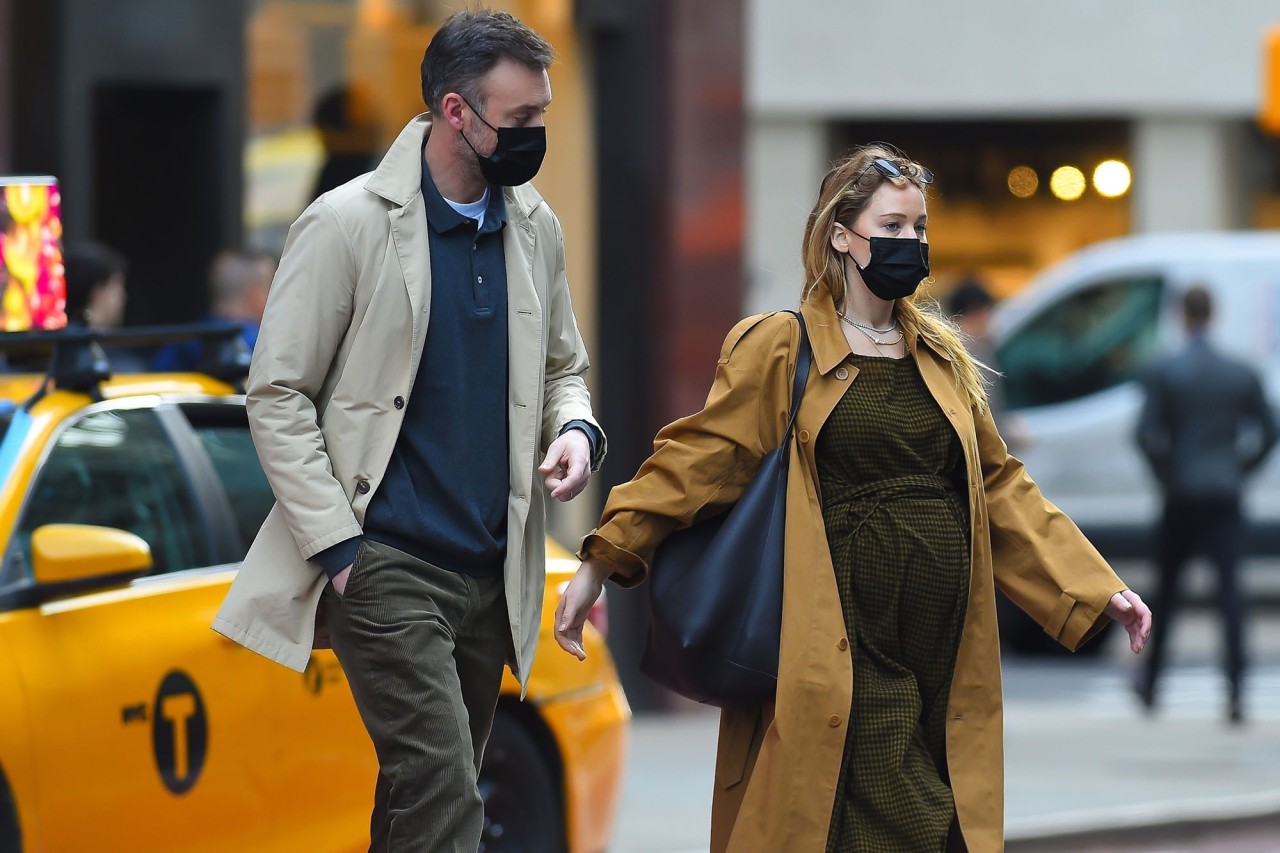 The couple are expecting their first child.
ROKA / BACKGRID

Jennifer is expected to give birth this month or early next year, according to reports.

Lawrence sold her Manhattan penthouse for $9.9 million after first offering it for $15.5 million 16 months ago, and they are now looking for a new home.

Lawrence paid $21.9 million for a brand-new home in Manhattan’s West Village in October, according to the New York Post.

There’s no news on whether the actress intends to sell the home or simply add it to her East Side portfolio.

According to the publication, the actress also owns a unit at 443 Greenwich, a former bookbinding factory in Tribeca where previous and current purchasers include Justin Timberlake and Jessica Biel, Blake Lively and Ryan Reynolds, Lewis Hamilton, Harry Styles, and Meg Ryan.

The pregnant actress is in the midst of promoting her new film Don’t Look Up, which also stars Leonardo DiCaprio and Meryl Streep.

Lawrence detailed her life under quarantine while promoting the film on “The Late Show.” 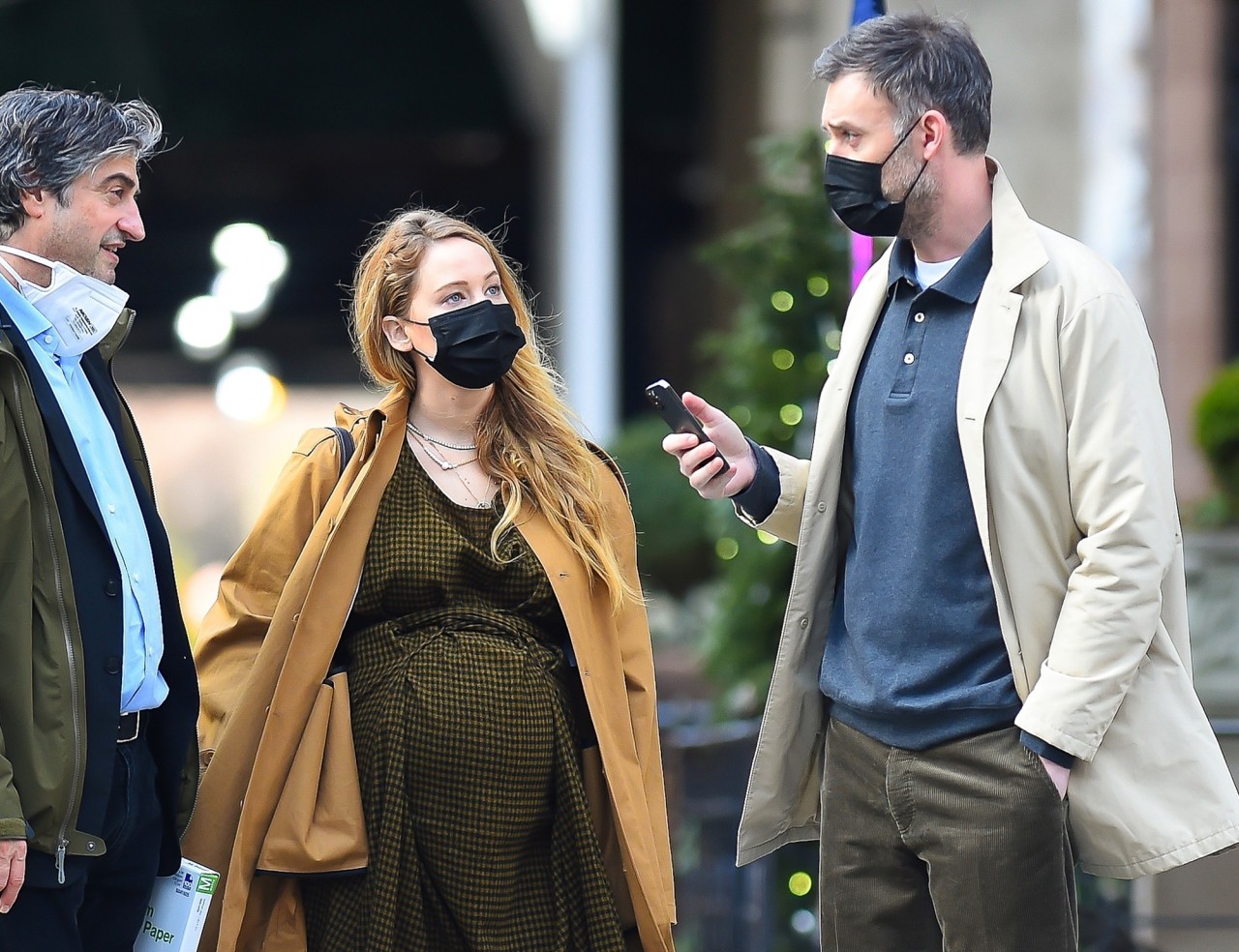 Before getting into the more basic parts of her acting hiatus, she quipped, “I just had a ton of sex.”

“I cooked a little. I mean, the pandemic happened, then I cooked and I cleaned a lot,” she said. “I think I would be a really good housekeeper. I mean I make a mess, but I am really good at cleaning it up. I can attack a mess.”

She went on to say, “I’ve always found comfort in a schedule and doing something, you know, and being somewhere. And just kind of the comfort of being, you know, on set where the world is one thing and very organized,” she explained. “You know, and there is not like people screaming, and I think coming out of ‘Hunger Games’ and all of that, was nice.”

On October 19, 2019, Lawrence and Maroney married in a ceremony in Rhode Island. In September, her publicist stated that she is expecting their first child.

The Hollywood actress flaunted her baby bump at the global premiere of her new film Don’t Look Up, and she looked stunning. The 31-year-old actress wore a traditional gold gown to the New York red carpet. As she posed for the images, she wore a sparkly attire that revealed her baby bulge. In front of Adele, Amy Schumer, Kris Jenner, and Emma Stone, the couple married in Rhode Island in October of 2019.