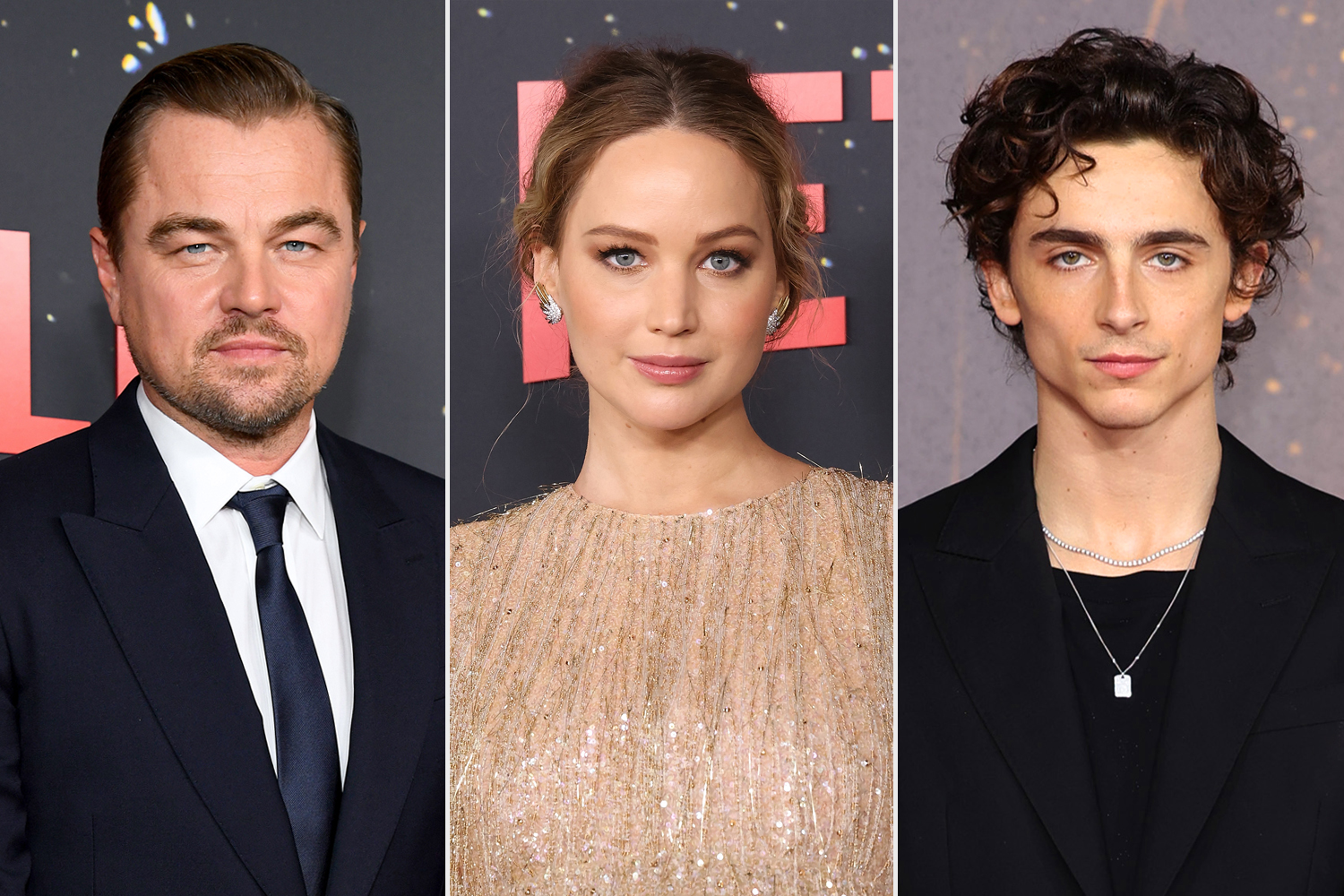 While filming a sequence with Leonardo DiCaprio and Timothée Chalamet, Jennifer Lawrence found herself in “misery.”

The 31-year-old Hunger Games actress revealed that working with the pair on the upcoming Netflix film Don’t Look Up was tremendously frustrating in a funny interview with Stephen Colbert on his TV show.

Jennifer Lawrence said, “It was the most annoying day in my life.” The day in question had DiCaprio, Chalamet, and Lawrence in a vehicle scene. “They drove me crazy that day,” she continued.

Lawrence and DiCaprio play astronomers who discover that a comet is on its way to destroy Earth in the new Netflix film, and they set out to warn the rest of the world. They meet various individuals along the way, including one played by Chalamet.

“I don’t know what it was,” the soon-to-be mother-to-be added. “Timothée was just excited to be out of the house [after the pandemic lockdown]. I think it was, like, his first scene. And Leo had picked the song that was playing in the car and was just, like, ‘You know, this song was about, you know, blah, blah, blah.’ ”

She added, “I don’t know. I just remember being in absolute misery that day. But they’re very nice.”

“It was hell,” Lawrence, who is pregnant with her first baby, said with a laugh. “Well, Timothée, I was so excited, he’s such a talented actor. But in a two-shot, you know, I’m 31 and, I mean I wasn’t this fat but I’m fatter than Timothée Chalamet. That was harrowing. It’s harrowing to see yourself…. Just us in those two-shots, it’s like, ‘Who’s that? Your coach?’ ”

Lawrence previously said that she got high for one scene and was toothless for the most of the shoot after losing a tooth.

Lawrence’s presence on ‘The Late Show with Stephen Colbert’ marks the first time we’ve seen her since 2019. She also discussed her time away from the limelight.

“I think the things I learned are so deep and profound … that I don’t want to tell you,” she said. “I mean, it was really nice.”

Lawrence, who is expecting her first child with husband Cooke Maroney next year, said that her break from Hollywood is a nice one. “I’ve always found comfort in a schedule, and doing something and being somewhere,” she explained, “and just kind of the comfort of being on set where the world is one thing and very organized.”

Don’t Look Up, directed by Adam McKay, who previously directed The Big Short, Vice, Step Brothers, and the Anchorman films, will be available on Netflix on December 24.