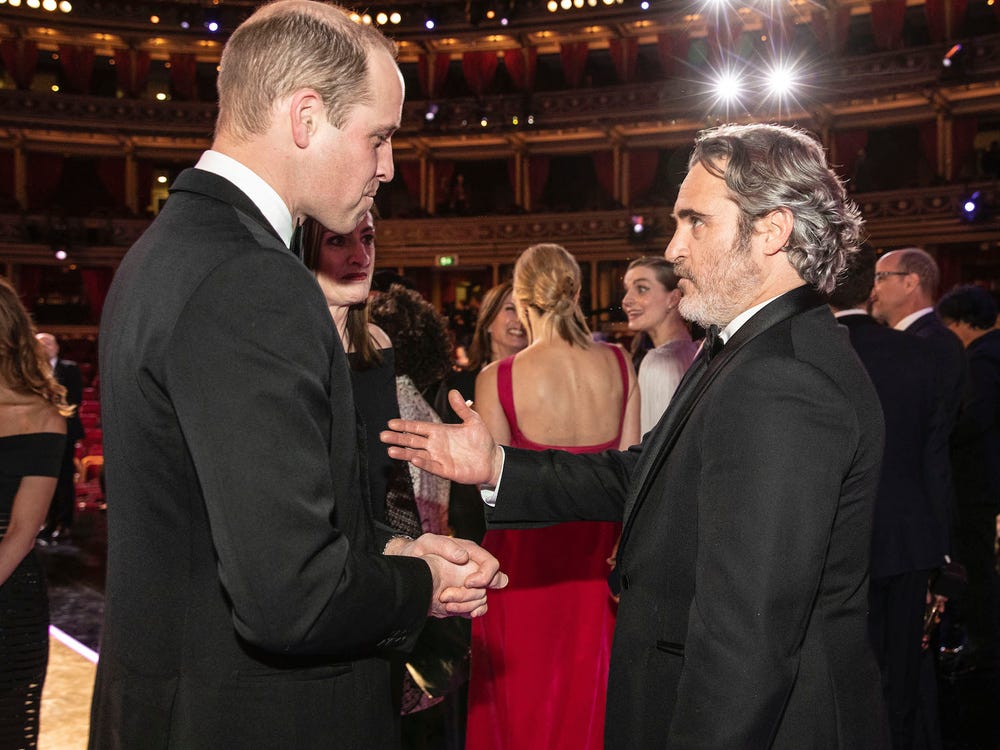 Joaquin Phoenix’s appearance at the BAFTAs caused quite a stir, but it’s not his triumph or passionate speech that has people talking.

On Sunday, Joaquin Phoenix welcomed Prince William with a curtsy at the 73rd British Academy of Film and Television Arts.

In an attempt to follow royal tradition, the actor awkwardly curtsied Prince William, 37, who is heard responding, ‘Lovely to meet you.’

The right procedure for males greeting members of the Royal Family, according to the Royal Family’s official website, is to execute a “neck bow.” Previously, Grant Harrold, Prince Charles’ former butler and royal specialist, told Evening Standard Insider, “There are no obligatory codes of behaviour when meeting The Queen or a member of the Royal Family, but many people wish to observe the traditional forms.”

“Whatever you choose to do, I can assure you that you will not be escorted to the Tower!” he continued.

William said, “‘Joker’ was amazing. I put it off and put it off because people kept telling me, ‘Be careful when you watch it.’ When I watched it, it blew my mind. It was really good.”

In their remarks at the Royal Albert Hall ceremony, Prince William and Joaquin both addressed the obvious lack of diversity in the acting and directing categories.

It “simply cannot be right in this day and age,” remarked Prince William, while Phoenix used his Best Actor acceptance speech to indicate he was “conflicted” over his prize, stating, “I think we send a very clear message to people of colour that you’re not welcome here…

“We have to do the hard work to truly understand systemic racism.”

He said, “I don’t think anybody wants a handout or preferential treatment, although that’s what we give ourselves every year. People just want to be acknowledged and appreciated and respected for their work.”

When fans witnessed Phoenix curtsy in front of William, some claimed it was the “highlight of my day” and that they “can’t stop watching.”

The actor made a personal statement when he appeared at the annual awards event wearing his repurposed Stella McCartney tuxedo.

Joaquin Phoenix, a Hollywood actor, has been the main force behind the 2020 awards season’s green effort.