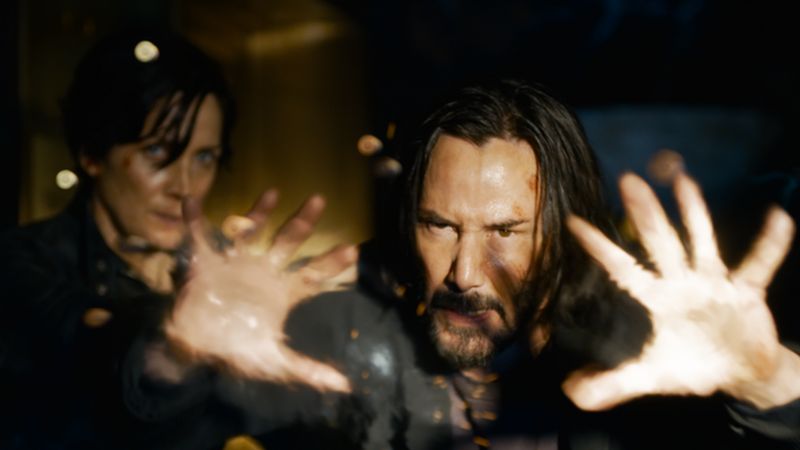 Keanu Reeves reprises his role as Neo in the first trailer for The Matrix Resurrections, the long-awaited sequel to The Matrix.

In a teaser that reintroduces Keanu Reeves’ hero Neo, film fans have been given their first complete taste of the fourth installment in the Matrix saga.

In the trailer, he appears as Thomas, speaking with a therapist (Neil Patrick Harris), telling him, “I’ve had dreams that weren’t just dreams. Am I crazy?”

Neo goes all the way back to the beginning while also giving us first glimpses at some of the cast’s most talked-about members.

He also appears to reunite with Carrie Ann Moss’s Trinity, although the two no longer recognise each other.

She asks him, “Have we met?” as they shake hands, and he shakes his head.

The first Matrix film was released in 1999, and the first two sequels followed in 2003.

A virtual world created by a futuristic artificial intelligence is used to enslave humanity in the series.

Thomas appears to be taking blue pills on a daily basis, which keep him in line with his present reality until he throws them away to swallow a red pill, which shows that his world is only an illusion, as Yahya Abdul-Mateen II informs him: “Time to fly.”

He can’t recall how he learnt about the Matrix, the synthetic virtual world employed by artificially intelligent computers in the future to keep people submissive while they were being farmed for electricity. He has no recollection of being freed from the Matrix or of becoming the One, a prophesied hero with the power to alter the Matrix universe. Nothing from the previous movie’ events, which are shown in the Resurrections teaser as dreams Neo had, felt genuine.

Abdul-Matteen looks to be portraying a figure akin to Laurence Fishburne’s Morpheus, as he returns Neo to kung-fu training.

Lana Wachowski, who directed and co-wrote the previous Matrix films with her sister Lilly, is directing this one.

Fortunately, forces in play are prepared to reawaken him. The teaser shows Priyanka Chopra’s character reading a book of Alice in Wonderland while Jessica Henwick (Iron Fist) sports a rabbit tattoo as the Jefferson Airplane song “White Rabbit” plays in the background. Neo was given the instruction to “follow the white rabbit” as the first step in his quest in the first Matrix, which was released in 1999. It turned out to be a lady with a white bunny tattoo.

The new video comes on the heels of a massive wave of marketing for Matrix: Resurrections, the fifth installment in the sci-fi franchise.

Several questions have been raised in response to the trailer’s publication.

Given that Neo seemed to die at the end of The Matrix Revolutions in 2003, it’s possible that Reeves is portraying a new or alternate version of his original character.

In a ceasefire with the humans, the machines return his body to their realm while abandoning their siege on Zion, the only human city in this post-apocalyptic world. However, the Resurrections video shows Neo’s body being worked on by machines, which appear to keep him alive and connected to the Matrix.

According to an official description, the sequel will “venture back into the Matrix and even deeper down the rabbit hole,” 18 years after the first trilogy ended. “A mind-bending new adventure with action and epic scale, set in a familiar yet even more provocative world where reality is more subjective than ever, and all that is required to see the truth is to free your mind.