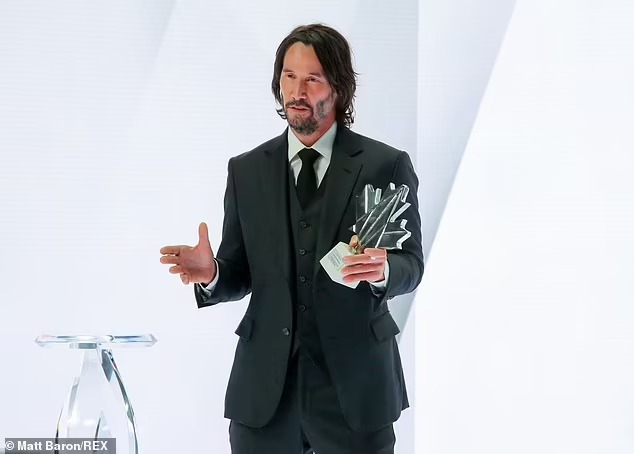 Keanu Reeves, a well-known actor, has been formally inducted into Canada’s Walk of Fame.

On Saturday, “The Matrix” co-star and fellow Canadian Carrie-Anne Moss inducted the 57-year-old, who was born in Beirut and raised in Toronto, onto the Walk of Fame.

The event was hosted in the San Fernando Valley of Los Angeles, California, rather than in Canada.

Reeves accepted the prize and expressed his gratitude by saying:

“I would not be here if not for where I came from. Thank you Toronto, thank you Canada. Thank you for all of the experiences, adventure, teaching, support, friendships, and for my life.”

The ceremony’s press release stated, “Keanu Reeves is an iconic actor, producer, and director who has entertained audiences worldwide for more than three decades.”

Reeves was one of ten new members admitted into the Walk of Fame this year, which included “one of Canada’s most decorated war heroes to champions in sport, Nobel Laureates, a global business magnate, and iconic names in entertainment.” 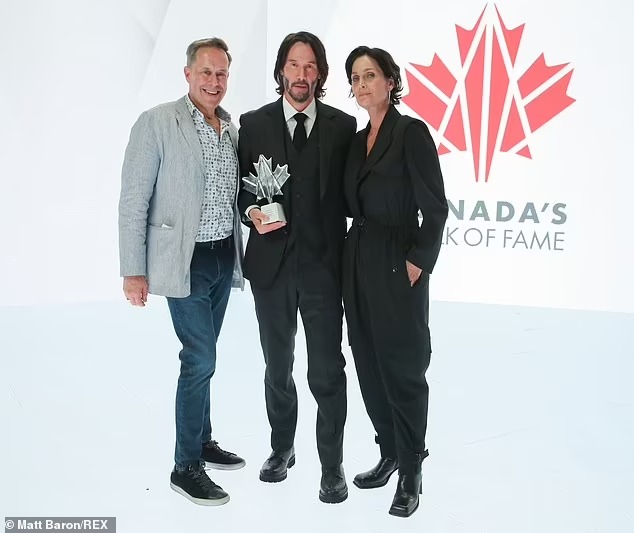 The release stated, ‘This year’s class of outstanding Canadians are recognized not only for their distinctive accomplishments and successes but for their philanthropy, advocacy, and contributions toward the greater good.’

“I’ve never had the chance to play a role 15, 16, 17 years later and that’s some of what the film’s about. So this idea of a past, and memory, and fiction, and reality, and truth,” Reeves recently stated.

Jennifer Grey Destroyed Her Career with Plastic Surgery, Nobody Recognized Her
Josh Hartnett Explains Why He Left Hollywood