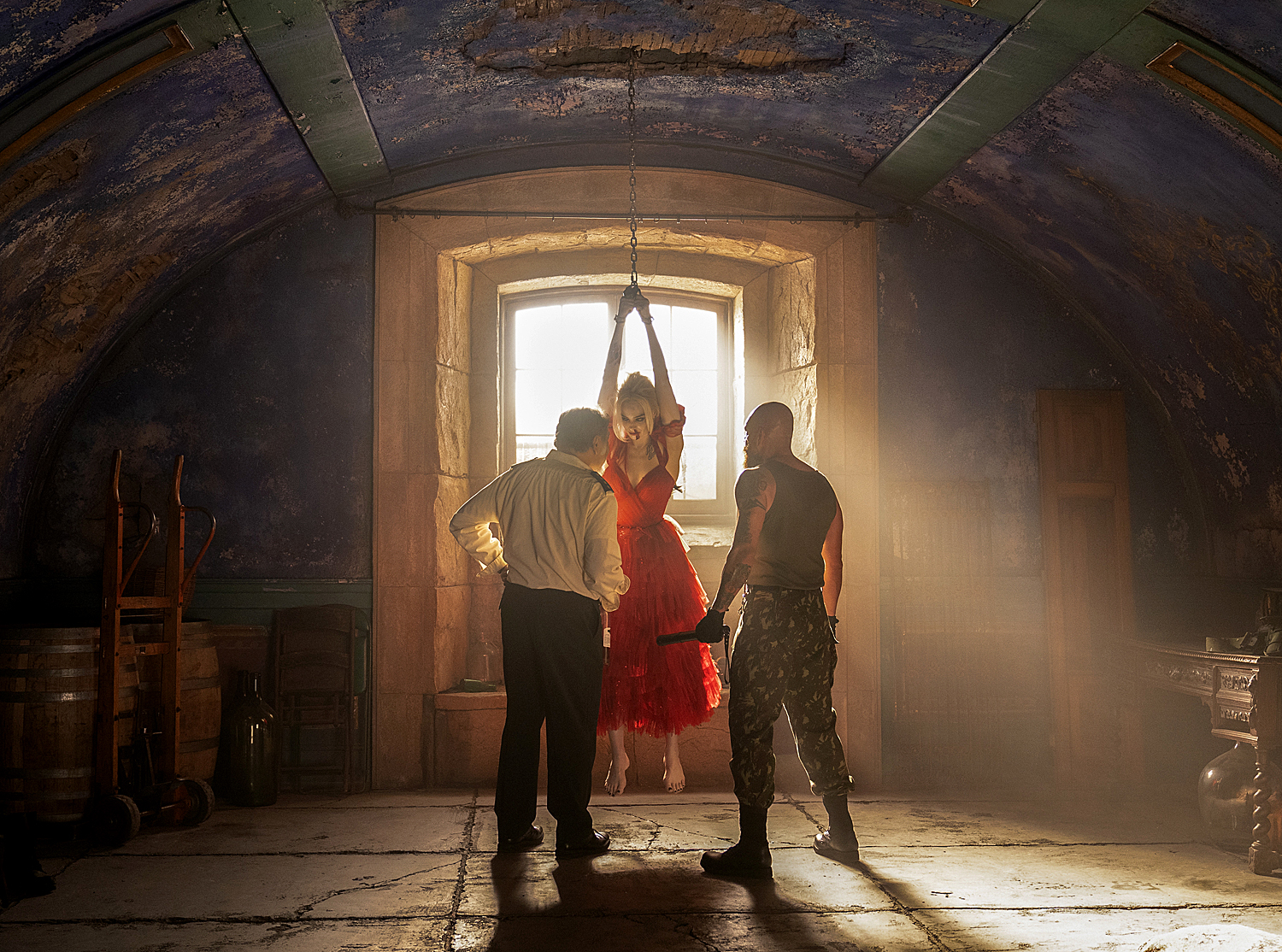 Don’t mess with Margot Robbie, since she’s behind some of Harley Quinn’s most dangerous moves.

Director James Gunn disclosed that Robbie did her own stunt in one scene during an interview on Jimmy Kimmel Live with guest presenter Anthony Anderson last month.

OKAY, SO — as everyone who has watched the film knows — one of the genuine standout scenes is when Margot Robbie’s beloved killer clown, Harley Quinn, viciously murders one of her captors while chained to a ceiling.

The DC supervillain used her feet to obtain the key to the shackles from the captor’s pocket then used her core to liberate herself with her toes once the captor lay down on the ground. The Suicide Squad director stated that Robbie was the one who made that move.

“[Margot] is like a human Swiss Army knife, and watching this scene with her flipping backwards was just beyond incredible.”

Margot’s outfit obscured her face in the scene, giving the impression that the stunts were performed by a stunt double, according to Gunn. He explained, “Was so happy that it worked and I was mesmerised by it and then I got into the editing room with the footage and [she] has a cuff on [her] outfit that covers her face so it looks like it’s a stunt person… It’s my biggest regret…. not going in with the scissors!”

“I’m ambidextrous with my toes,” Robbie said of filming the sequence during the same “Kimmel” appearance. “I could braid someone’s hair with my toes, I reckon. I reckon I could play the piano or whatever.”

She recalls, “James was like ‘Don’t worry we’ll cut into this, don’t worry about it.’ And I was like, ‘No, I reckon I got it actually.”

Joel Kinnaman, Robbie’s co-star, backed up her badass credentials by calling her “savage” on set.

Kinnaman, who plays Rick Flag in the “Suicide Squad” flicks, told People, “We had a couple of days when we were shooting these scenes, where we had massive rain towers [raining down on us]. For some reason these rain towers, [the water] is so cold. It’s so cold! And the rest of us, we get the rain on us, but we also have clothes on. And then we get a warm, cozy coat to put on in between.”

“But because Margot [as Harley Quinn] is in full body paint, she’s just standing there taking it,” Kinnaman continued. “And then she can’t wrap herself in anything. And you just see her, her whole body is just shivering, her teeth are clattering. And then, as soon as it’s, ‘Action,’ she’s on, and it’s on.”

He said, “And then you go back to in between [takes], and she’s shivering and clattering her teeth. She’s a savage.”

The Suicide Squad is the eighth film in the DC Extended Universe and a standalone sequel to the 2016 film Suicide Squad (DCEU). Margot Robbie, Idris Elba, John Cena, Joel Kinnaman, Sylvester Stallone, Viola Davis, Jai Courtney, and Peter Capaldi feature in the film, which was written and directed by James Gunn.

The Suicide Squad is currently in cinemas and is available on HBO Max.