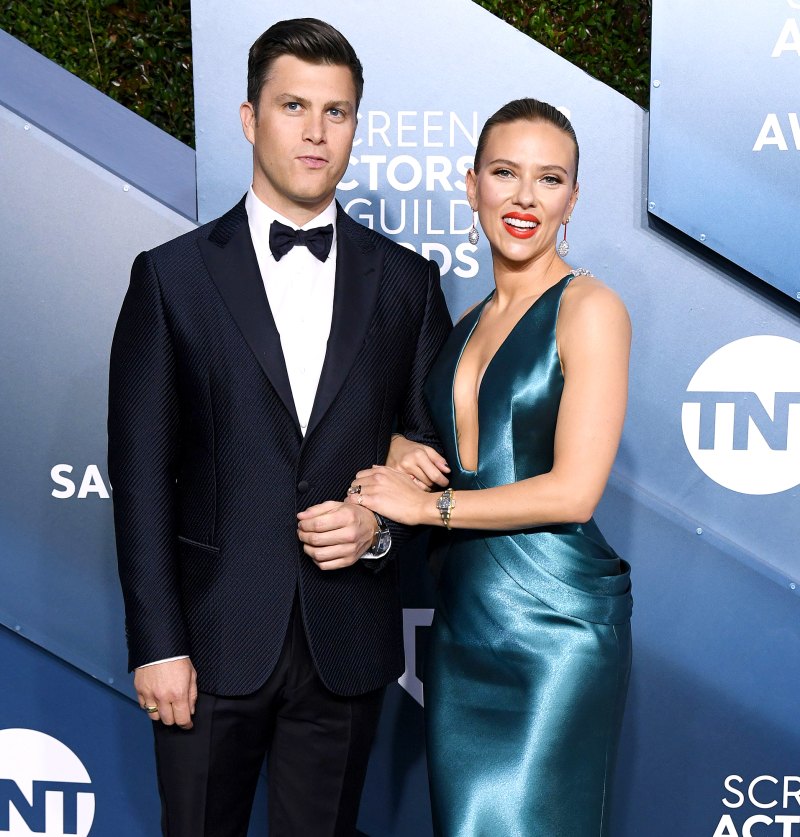 Scarlett Johansson’s pregnancy has been confirmed by Colin Jost.

According to PageSix, Jost, 39, said during a stand-up performance at the Ridgefield Playhouse in Connecticut this past weekend, “We’re having a baby, it’s exciting.”

Ms Johansson is expecting her second child, but her first with Mr Jost, whom she married last year.

In 2014, the actress and her now-ex-husband Romain Dauriac welcomed their daughter Rose, who is now six years old. She told W magazine the following year about the delivery,  “When she came out of me, I was so surprised. I had a very strong picture in my mind of what my baby would look like, and, of course, she is completely different. Perfect, but not what I’d imagined.”

Following her absence from many events for the film Black Widow, which was released earlier this summer, rumors began to swirl that Ms Johansson was pregnant.

“She hasn’t been doing many interviews or events to promote ‘Black Widow,’ which is surprising since it is a huge Marvel/Disney release and she is both the star and an executive producer,” a source said at the time.

Since then, the actress has filed a lawsuit against Disney, the film’s distributor, saying she lost nearly $50 million for her role in the hit.

The actress stated that her contract said that Black Widow would have an exclusive theatrical release and that the majority of her pay was reliant on the film’s box office success. And yet it was released simultaneously in theatres and on Disney +.

Bob Chapek called the “hybrid movie” release “the right strategy to enable us to reach the broadest possible audience.”

The CEO added that ‘distribution decisions are made on a film-by-film basis. We will continue to utilize all options going forward.’

The Hollywood Reporter reported this week that she has signed on to play alongside Margot Robbie and Tom Hanks in Wes Anderson’s next film, which also stars Adrien Brody, Bill Murray, Jason Schwartzman, and Tilda Swinton.