Margot Robbie says she’s thankful for the opportunity to play Harley Quinn in Suicide Squad since women in such “gritty” roles are “rare.”

At the London premiere on Wednesday night, the Australian actress claimed the part was designed “for a chick not like a chick.”

“It’s so are as an actress that you get given a role this messed up and gritty and funny,” she told Laura Whitmore on the pink carpet at the European premiere of ‘Suicide Squad’ at London’s Odeon Leicester Square on Wednesday night (03.08.16).

“He didn’t write it like a chick but he wrote it for a chick and I’m grateful. It’s so rare that chicks get to play this role.”

Ayer, who earlier in the day responded on the film’s generally poor reviews on Twitter, underlined that he produced the picture for fans.

“I made this movie for you guys and I know you’re going to love it. The cast? They’re out of their mind, they were out of control.” 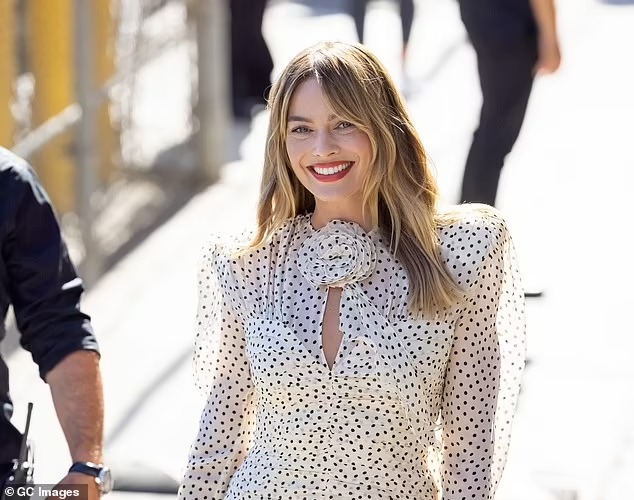 Margot’s remarks reflect those of her co-star Cara Delevingne, 23, who believes that telling “women’s stories” in the superhero realm is “important.”

“I always remember seeing the kind of comic book movies where women are the love interest or just a sidekick,” Cara, who portrays Enchantress in the film, remarked recently.

“Of course, there are still more male characters but all the women are on a par with them, and they have the best lines.

“Especially with Wonder Woman coming out next year, it’s important to find and tell women’s stories in this superhero world, because the films are just so popular with audiences.”

At the London premiere, Cara talked about her role, The Enchantress, telling the audience:

“To be honest i’m a little demon at heart. That’s how I wake up in the morning, honesty.

“It was three hours of hair and make-up every day. The amount of tattoos and dirt, it was definitely a challenge.”

Suicide Squad will be released in UK cinemas on August 5.