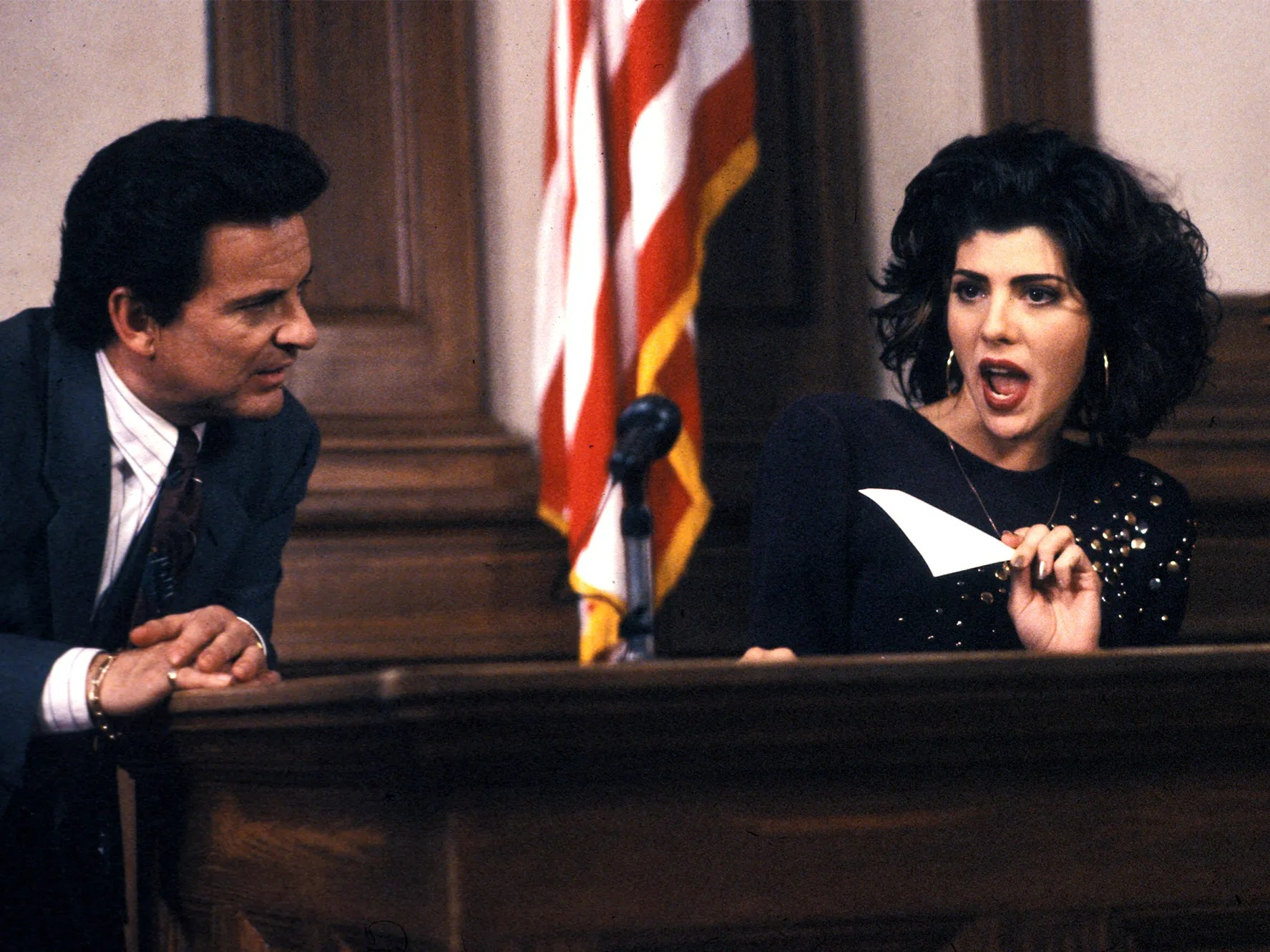 Marisa Tomei is a well-known actress who gained fame in the 1990s for her role in the film “My Cousin Vinny.”

She has since appeared in numerous other movies and television shows, including the Marvel Cinematic Universe as Aunt May in the Spider-Man movies.

Despite her successful career, Tomei has faced controversy surrounding her Academy Award win for Best Supporting Actress for her performance in “My Cousin Vinny.”

The film, which was inspired by real events, was a financial success and helped to boost Tomei’s career.

However, many movie fans have expressed their belief that she did not deserve the Oscar for her role as Mona Lisa Vito, Joe Pesci’s fiery partner.

A conspiracy theory has circulated for years, suggesting that presenter Jack Palance, who was allegedly intoxicated at the time, accidentally announced Tomei’s name instead of that of Vanessa Redgrave, one of the other nominees in the category.

The theory has spread widely through Hollywood, causing Tomei to address it in the press.

She has stated that the rumor is hurtful and untrue, and “My Cousin Vinny” producer Paul Schiff has called it a “cruel and unfair” and “completely ridiculous” urban legend.

In 2017, the producers of the Academy Awards rushed the stage to correct the announcement of the Best Picture winner, which was mistakenly given to “La La Land” instead of “Moonlight.”

If the alleged mishap with Tomei’s win had occurred, it is likely that a similar correction would have been made.

Tomei was up against several other talented actresses at the 1993 Academy Awards, including Joan Plowright, Judy Davis, Vanessa Redgrave, and Miranda Richardson.

“For the nine months before the nomination, everyone told me that they loved the film. They’d go, ‘And who was that amazing woman playing Lisa?'” My Cousin Vinny director Jonathan Lynn said to Rolling Stone.

“Everybody in the business asked me that question. I wasn’t surprised when she was nominated. We all know that comedy is harder than drama or tragedy, but they give almost all the awards to drama and tragedies.”

“I have a theory about it,” Paul Schiff added. “When it came out, it was the first or second year that videotapes were distributed to Academy members, so they could sit in their homes and watch all the movies for nominations and the ultimate awards.”

“That year, there were a couple of Merchant-Ivory movies and some very highbrow, pedigreed, important films. I’m not sure that the Academy membership would have gone out to see My Cousin Vinny in a theater, but I know they did watch it on video at home.

“I think we really benefited from that. Academy members wanted to take a break after watching some very serious movies and check out this comedy.”

While some viewers believe that Tomei’s win was undeserved, “My Cousin Vinny” and her performance in it continue to have millions of fans.

Polls on IMDb suggest that the majority of viewers do not believe Tomei deserved the award. However, it is important to note that opinions on the matter are subjective and can vary widely.

How she was cast in the movie

In the Rolling Stone oral history of the making of My Cousin Vinny, director Jonathan Lynn stated that the hardest part of the casting process was finding the right person to play opposite Joe Pesci as Mona Lisa Vito.

“The studio offered it to any Italian American they could think of with any name value. They all passed. I think they thought the part wasn’t big enough,” Jonathan stated. “I started auditioning lots of people. They all came in to read, and nobody was right. I was getting very worried. By chance, John Landis phoned and said, ‘I’m finishing shooting Oscar this week,’ which was a film with Sylvester Stallone and Danny DeVito. ‘Would you like to come down to Paramount and look at the amazing set before it’s broken down?’ I said sure. Marisa came onto the set and did her little scene. I said to John, ‘Who is this? She’s really good.’ She was playing a 1920s blonde flapper, nothing at all like Lisa, but I could see she had good timing.”

“I said to Fox [studios], ‘I know who I’m going to cast.’ They said, ‘We want to see a screen test of your first three choices.’ I said, ‘OK.’ We did a test of three women, including Marisa,” Jonathan continued. “Then I took the test to Joe Pesci, who was filming Goodfellas. I said, ‘I’ve got these three screen tests. I want you to know if you think it’s the same person I think it is.’ He said, ‘Yeah, Marisa Tomei.’ I said, ‘Right, I agree.’ I then went to Fox. They picked somebody else from the screen test. We had an argument with the president of the studio for about half an hour. Finally, I produced my trump card. I said, ‘Joe Pesci thinks it should be Marisa.’ Studios never want to have a fight with a leading actor, especially shortly before a film begins. There was a pause and then he said, ‘Look, it’s your film. You cast who you want.'”

In the end, whether or not Marisa Tomei deserved to win the Academy Award for Best Supporting Actress for her role in “My Cousin Vinny” is a matter of personal opinion.

While the conspiracy theory surrounding her win has gained a significant amount of attention, it is ultimately an unproven rumor that has caused hurt and frustration for the actress.

Regardless of the controversy, “My Cousin Vinny” remains a popular film and Tomei’s performance in it is still remembered and appreciated by many fans.