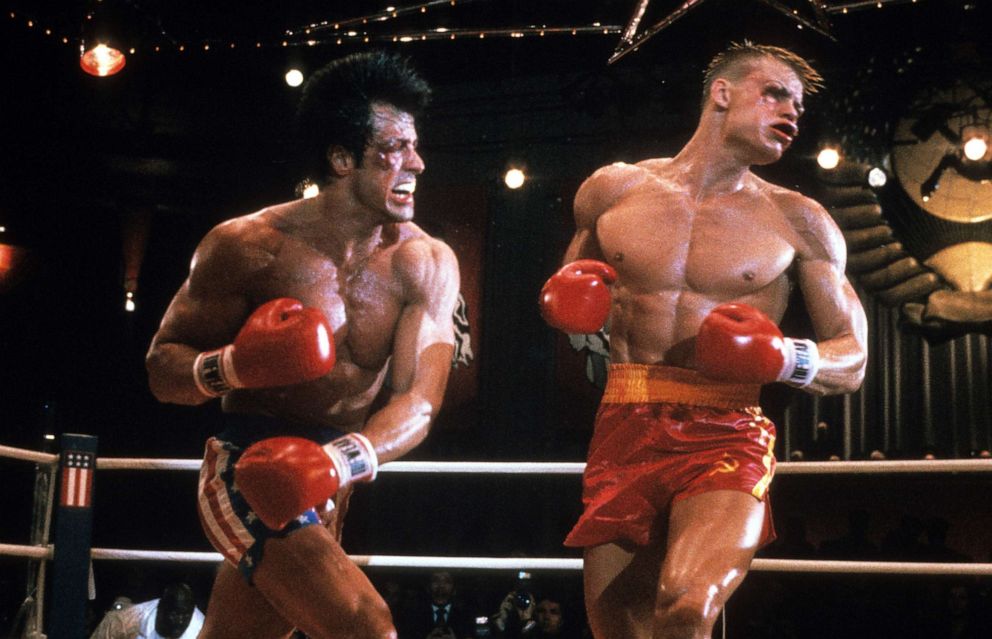 Sylvester Stallone revealed a little-known detail about his time on the set of “Rocky IV,” admitting that it nearly killed him.

The 75-year-old actor revealed this in a recently uploaded documentary to his YouTube account titled “The Making of Rocky vs. Drago by Sylvester Stallone”

Back in 1996, Stallone only wanted to capture a great take for Rocky IV, but he nearly died on the first day of production with his biggest rival in the film. Fans believe it to be one of the finest films in the franchise, as he battles toe-to-toe with Dolph Lundgren’s rock-hard Russian boxer “Ivan Drago.” Drago murders Rocky’s closest buddy “Apollo Creed” in the opening seconds of the second round, setting Rocky on a path of vengeance. However, it turns out that Stallone came dangerously close to dying in real life when the battle scene went awry.

He said that while filming, he was hit hard by Dolph Lundgren and had to be rushed to the hospital.

“He pulverized me,” Stallone stated in a documentary about the creation of the film on his YouTube site. “I didn’t feel it at the moment, but later that night my heart started to swell.”

Stallone stated he was rushed into intensive care after filming the film’s fight sequence.

“The first thing we shot [was] my entrance, [Lundgren’s] entrance, and the introductions and then I got really injured during the fight and I had to be flown into intensive care to California from Canada,” said the actor.

Stallone stopped still in his tracks, noting that Lundgren had hit him in the chest. Stallone says he didn’t realize the extent of his injuries until the cameras stopped rolling.

“My blood pressure went up to 260 and I was going to be talking to angels, next thing I know I’m on this emergency, low-altitude flight. I‘m in intensive care surrounded by nuns and then after that, I had to go back and finish the fight.” Lundgren, who is seriously ripped in the movie had, “bruised the perio cardio sac, which is when the heart hits the chest – like in a car accident when your chest hits the steering wheel,” he explained.

He explained, “I’m in intensive care surrounded by nuns. And then after that, I had to go back and finish the fight.”

The “First Blood” actor said that he wanted Dolph Lundgren to go all out and display his “dominance” before filming.

He said that the theatrical edit of the film irritated him since the punch that took him to the hospital was left on the cutting room floor, which is why he wanted to do a director’s cut.

“How could you take that out?” said the Rambo star.

“Rocky IV” is the fourth installment in the beloved “Rocky” franchise, in which Stallone portrays Rocky Balboa, a tough fighter. He’s established himself as a global boxing champion by the fourth film, and after his buddy Apollo Creed (Carl Weathers) is killed by Drago, he heads to the Soviet Union to face him.

Stallone also confessed in the video that he feels he made a “foolish” error by murdering off Apollo Creed (Carl Weathers) in the same movie.

“If I had to do it all over again, I would never have killed Apollo,” the actor remarked, preferring to have Creed survive and become Rocky’s new trainer.

The film “Rocky IV” debuted in theaters in 1985 and grossed $300 million worldwide throughout its run. The plot of the first film was continued in 2018’s “Creed II.”

It’s surprising that Stallone has never earned a cut from the films, given that he invented it and authored the screenplay for the first six. Producers Robert Chartoff and Irwin Winkler picked up the film but did not want Stallone who was 29 at the time to play the boxer. Stallone stayed firm, but after landing the part, he had to sign away all rights to revenues and future use of the name “Rocky.”

“I have zero ownership of ‘Rocky,'” he told Variety in 2019. “Every word, every syllable, every grammatical error was all my fault,” he says. “It was shocking that it never came to be, but I was told, ‘Hey, you got paid, so what are you complaining about?’ I was furious,” he claims. Thankfully, it all worked out for Stallone, who today has a $400 million net worth and the satisfaction of knowing that as Rocky Balboa, he brought so many families together.