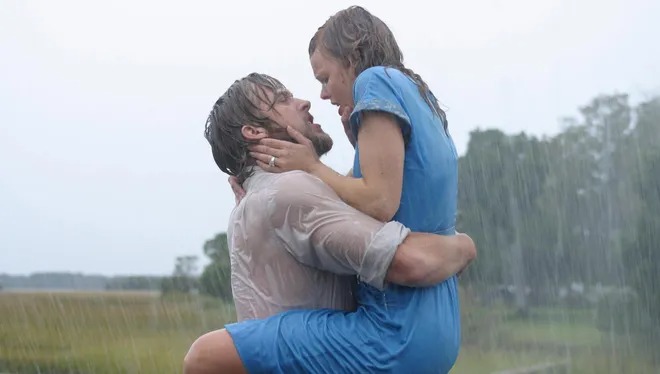 Ryan Gosling is a Hollywood A-lister who has starred in films such as Crazy, Stupid, Love, Blade Runner 2049, and the Oscar-winning musical La La Land.

However, Gosling’s most well-known part is arguably that of Noah Calhoun in the 2004 romance drama The Notebook. This 1940s-set drama coupled Gosling with Rachel McAdams as his star-crossed love Allie Hamilton, based on Nicholas Sparks’ 1996 novel of the same name. Onscreen, the two had a smoldering relationship, but it was not like that in real life.

According to director Nick Cassavetes, “Maybe I’m not supposed to tell this story, but they were really not getting along one day on set. Really not. And Ryan came to me, and there’s 150 people standing in this big scene, and he says, ‘Nick come here.’ And he’s doing a scene with Rachel and he says, ‘Would you take her out of here and bring in another actress to read off camera with me?’ I said, ‘What?’ He says, ‘I can’t. I can’t do it with her. I’m just not getting anything from this.”

They were both removed from the set by the director.

“We went into a room with a producer; they started screaming and yelling at each other. I walked out. At that point I was smoking cigarettes. I smoked a cigarette and everybody came out like, “All right let’s do this.” And it got better after that, you know? They had it out… I think Ryan respected her for standing up for her character and Rachel was happy to get that out in the open. The rest of the film wasn’t smooth sailing, but it was smoother sailing.”

In a 2007 interview with The Observer, Gosling talked about the shaky relationship.

“We inspired the worst in each other. It was a strange experience, making a love story and not getting along with your co-star in any way,” Gosling said.

Off-screen, Gosling and McAdams later pursued a love connection, which was an unusual turn of events. Following the completion of filming, the couple dated on and off for two years until formally splitting in 2007. The two reenacted the kiss on stage after winning Best Kiss at the 2005 MTV Movie Awards, and the undeniable connection wowed the audience.

Gosling and McAdams, unlike their characters in The Notebook, were unable to pull it off. “The only thing I remember is we both went down swingin’ and we called it a draw,” Gosling revealed in a 2007 interview with GQ when questioned about the split.

The elder Noah was played by James Garner in The Notebook, which marked its tenth anniversary on June 25. Gosling was keen to discuss character aspects with the actor because they were portraying the same role. Unfortunately, the 86-year-old cinema icon didn’t share Gosling’s excitement for debating character options, which included anything from duplicating each other’s mannerisms to matching eye colors.

“Jimmy is one of those kind of actors who’s a no-bulls–t actor from a time gone by,” Cassavetes says of the revered Maverick star to Vh1. “But Ryan finds significance in talking about hairstyles and everything.”