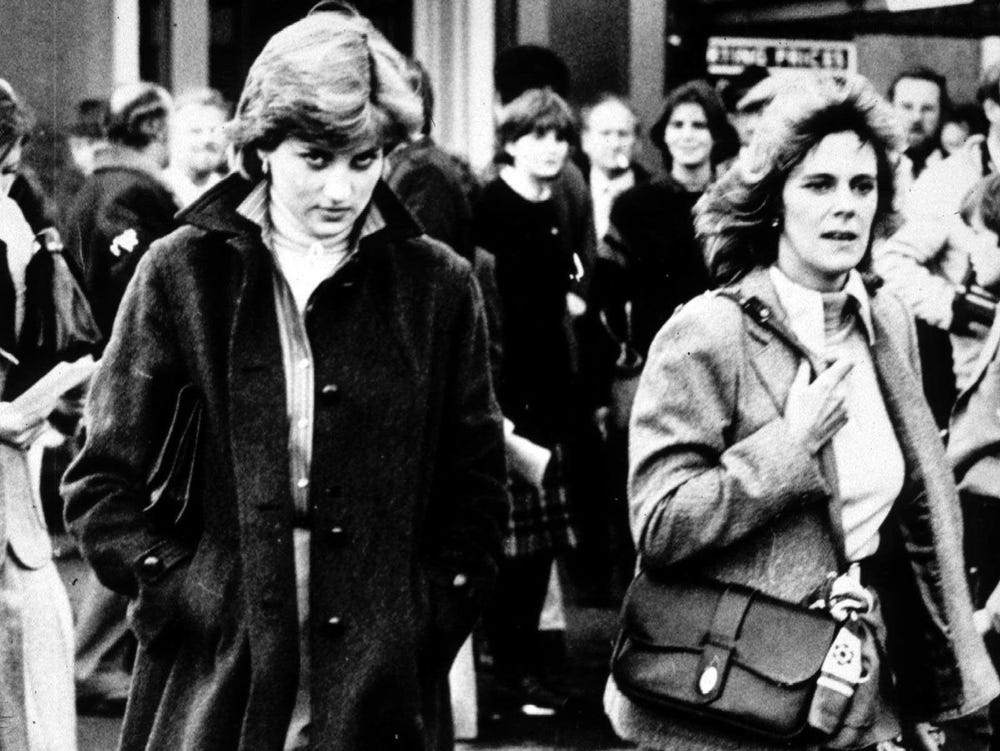 Princess Diana said she was a “threat” to Camilla Parker-Bowles from their first meeting.

In 1991, Diana allegedly confided in journalist Andrew Morton about her relationship with the Duchess of Cornwall. Mr Morton was planning to write Diana: Her True Story at the time, which was updated in 2017. Diana was 19 years old when she married Prince Charles in 1981.

Camilla and Prince Charles stayed close after they married and rekindled their relationship in 1986. Princess Diana was always suspicious of her husband’s close friendship with Camilla, to the point where she publicly confronted her.

Quotes from taped sessions were included in a revised edition of the book, titled “Diana: Her True Story — In Her Own Words,” published in 2017.

“[I met her] very early on. I was introduced to the circle, but I was a threat. I was a very young girl but I was a threat,”. Prince Diana said in Andrew Morton’s “Diana: Her True Story – In Her Own Words via Insider. “We always had discussions about Camilla though. I once heard him on the telephone in his bath on his hand-held set saying: ‘Whatever happens, I will always love you.’ I told him afterward that I had listened at the door and we had a filthy row.”

The princess went on to recall a lunch meeting she had with Camilla following her engagement to Prince Charles, during which Camilla inquired about Diana’s plans to hunt with her new fiancé.

“So we had lunch. Very tricky indeed. She said: ‘You are not going to hunt are you?'”

She said: ‘Horse. You are not going to hunt when you go and live at Highgrove are you?’ I said: ‘No.’ She said: ‘I just wanted to know,’ and I thought as far as she was concerned that was her communication route.

“Still too immature to understand all the messages coming my way.”

The lunch meeting was shown in a season four episode of “The Crown,” although the scene doesn’t include the conversation mentioned by Diana in the book.

Camilla and Charles are known to love hunting together, so the inference appears to be that Camilla would be able to visit the Prince of Wales without Diana there.

Prince Charles and Camilla began dating in the 1970s. The young prince was instantly captivated with his now-wife because she was not impressed by his titles. She didn’t swoon over him either.

Before Prince Charles had to return to his Royal Navy duty, they had a six-month romance.

Camilla married Andrew Parker Bowles, her on-again, off-again boyfriend, in 1973, when Prince Charles was overseas with the British Royal Navy.

Despite the numerous information Diana provided Morton about Charles and Camilla’s relationship, he claims he was told by a libel lawyer that he wouldn’t be able to mention in the book that they were having an affair.

“Much to Diana’s annoyance, and in spite of overwhelming evidence, I wasn’t at the time able to write that Prince Charles and Camilla Parker Bowles were lovers,” Morton wrote in the revised version of the book. “Instead I had to allude to a ‘secret friendship’ which had cast a long shadow over the royal marriage.”