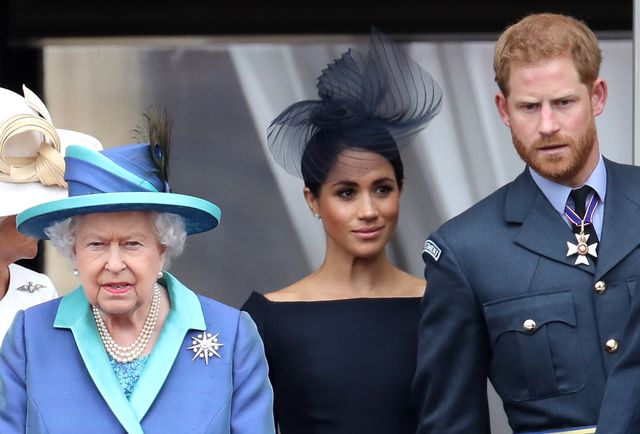 Prince Harry and his wife Meghan Markle have made an audacious request to meet with Queen Elizabeth II.

It comes after “olive branch” calls home after the Oprah chatroom squabble.

Meghan Markle’s visit to the UK would be her first since the royal pair defected to the United States and openly attacked the royal family in an explosive interview with Oprah Winfrey.

According to the source, the cause is actually rather sweet: Harry and Meghan want to introduce Queen Elizabeth II to Lilibet. The pair said last month that they wanted Lilibet to be baptized at Windsor Castle and meet her namesake grandma. However, it appears that they are already taking steps to make that happen. That seems like a fantastic reason to get the whole family together! Everyone adores infants!

According to The Sun, the couple has requested a meeting with Queen Elizabeth and wish to arrange a Windsor Castle christening for their baby daughter, Lilibet, who bears her name.

The family was taken aback by the offer, according to Palace insiders, which comes after Harry and Meghan slammed them on several occasions and speculation that the Queen had “lawyered up” as her grandson prepares to pen a revealing biography.

“Harry and Meghan have made this offer but a lot of people are shocked by the sheer nerve of it,” a source said.

“They may genuinely want to see the Queen, but given what they’ve put her through this year, it’s breathtaking.”

“Her Majesty’s staff have not responded so far. In fact there has also been discussion about Christmas — and whether an invitation should be sent to Harry and Meghan, after they spurned one last year.

“The Queen is still very fond of Harry, and would love to see Lilibet and her brother Archie.

“But courtiers are surprised by the move, especially from Meghan, after what has happened.”

In June, Palace insiders disclosed that the Sussexes had not sought the Queen’s permission before naming their baby girl Her Majesty’s nickname.

In April, Harry traveled to the United Kingdom alone to attend the burial of his grandfather, Prince Philip.

Harry met The Queen personally twice during his trip, according to biographer Omid Scobie.