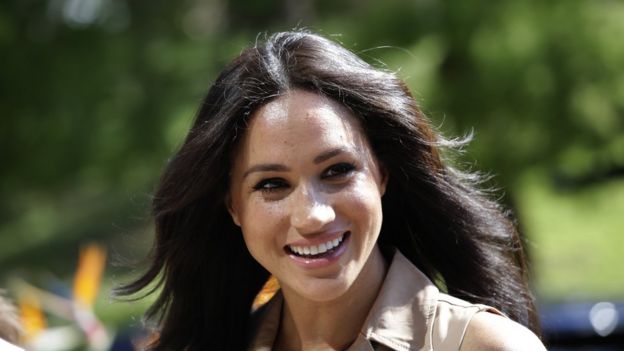 Text exchanges indicate that the Duchess of Sussex opted to write to her father, Thomas Markle, to shield Prince Harry from the Royal Family’s “constant berating” about his media interviews.

Meghan also stated that writing a letter was preferable to sending an email or text since it “does not open the door for a conversation.”

MailOnline shared screenshots of the communications. It is part of the media conglomerate being sued by Markle after sections of the letter she penned were published in The Mail on Sunday, which she claimed violated her privacy and copyright.

Markle wrote to Jason Knauf, one of her most senior staffers that Harry had spent a week “endlessly explaining” the issue to Prince Charles and other royals.

Meghan informed ex-aide Jason that the royals didn’t understand why she couldn’t “make this stop” at her estranged father’s property in Mexico.

Meghan gave Knauf a draft of the letter she planned to write to her father on August 22, 2018. “My thinking behind this is unlike a text or email it can’t be forwarded or cut and pasted to only share one small portion. It also does not open the door for a conversation.”

She added: “The catalyst for my doing this is seeing how much pain this is causing H. Even after a week with his dad and endlessly explaining the situation, his family seem to forget the context – and revert to, ‘can’t she just go and see him and make this stop?’ They fundamentally don’t understand, so at least by writing H will be able to say to his family … ‘she wrote him a letter and he’s still doing it’.

“By taking this form of action I protect my husband from this constant berating and while unlikely perhaps it will give my father a moment to pause.”

According to the BBC, the text messages were revealed by the Court of Appeals in London on Friday after being requested by the PA news agency and The Times of London.

ANL filed an appeal to overturn the initial ruling that granted Meghan victory, and it is being heard at the Court of Appeal.

The newspaper publisher’s attorneys said they want to rely on fresh testimony from Mr Knauf, who said Meghan penned the letter to her father knowing it would be released, during the appeal hearing this week.

Meghan stated in a witness statement supplied to Insider by her attorneys that she did not want any aspect of the letter to be made public.

Meghan previously told the Court of Appeal that the main objective of her letter “was to encourage my father to stop talking to the press” after public criticism and a “media onslaught” around Mr Markle.

She wrote in her evidence: “It was only when my father began criticizng the royal family…that senior members of the family and their advisers expressed their concern over the public attacks, and expressed their desire to have them stopped.”