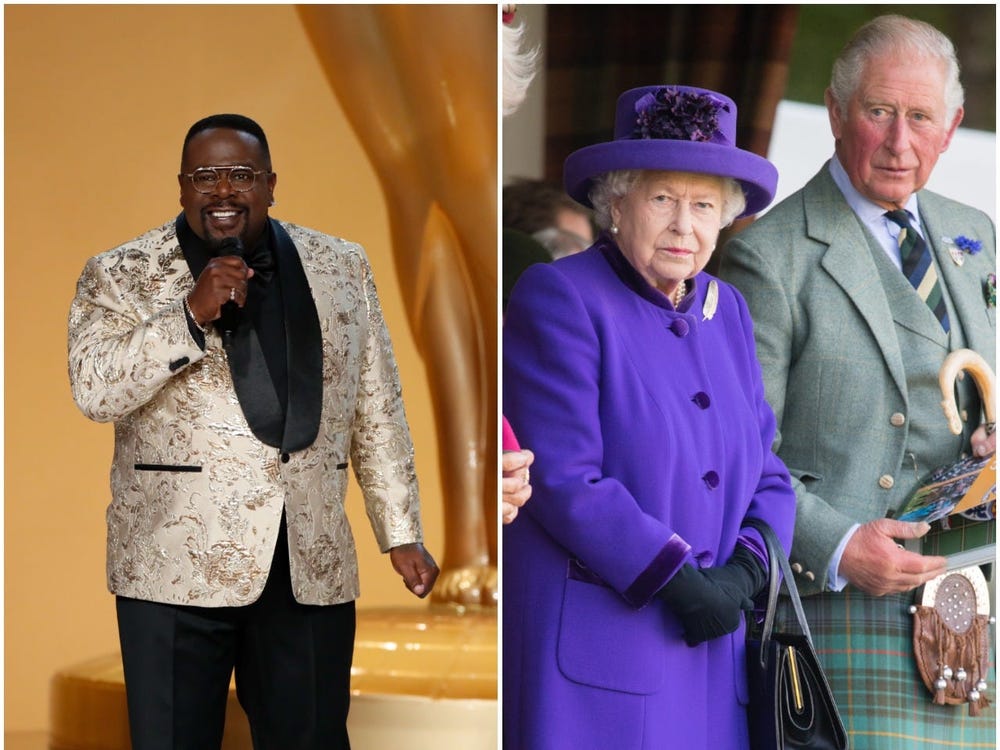 During the 73rd Emmy Awards, emcee Cedric the Entertainer put the royal family on the spot.

There was no exemption for Prince Harry and Meghan Markle.

“As great as The Crown is, it pales in comparison to the real monarchy,” the 57-year-old host said at the star-studded gala in Los Angeles.

“I mean that Oprah interview with Prince Harry and Meghan. That was the real tea right there, wasn’t it?,” the comic added.

“Meghan must put it on that boy because he renounced his throne quicker than Eddie Murphy in Coming to America.

The 57-year-old comedian, who took the stage during the Sunday night event, made a series of jokes about the House of Windsor, citing Harry and Meghan’s explosive interview with Oprah Winfrey in March, which was also nominated for in the best hosted nonfiction series category.

Oprah Winfrey and Meghan Markle: A CBS Primetime Special did not win the award. The winner of the Creative Arts Emmys presentation was CNN’s Stanley Tucci: Searching for Italy.

The comedian, whose actual name is Cedric Antonio Kyles, went on to debate Meghan and Harry’s allegations that a member of the Royal family questioned how dark Archie’s complexion would be before his birth in 2019.

“They need little Archie! Charles can’t dance, who else going to teach them how to TikTok. I can just see it now, baby Archie with the Queen like, ‘Come on Gammy’.”

Dancing to laughing crowd, he continued: “The whole crown behind them like, “Ok your majesty, I see you.”’

Josh O’Connor, who won an Emmy for his depiction of Prince Charles in Netflix’s “The Crown,” could be seen smiling in response to Cedric the Entertainer’s royal jokes.

Meghan and Harry were recently featured on the cover of Time magazine, which dubbed them icons on its annual list of the 100 most important people.

In the first three days after the Duke and Duchess of Sussex’s bombshell Oprah interview aired, more than 49 million people across the world viewed it.

It saw the pair address a variety of contentious topics surrounding their lives as members of the Royal Family.

“The whole family is saddened to learn the full extent of how challenging the last few years have been for Harry and Meghan. The issues raised, particularly that of race, are concerning,” the Queen said in a statement.

“While some recollections may vary, they are taken very seriously and will be addressed by the family privately. Harry, Meghan and Archie will always be much-loved family members.”

If Markle and Harry had attended the awards event for their Emmy-nominated interview, the humorous roast may have been somewhat more awkward, but that prospect was soon dismissed when the couple were not spotted on the pre-show red carpet. The Duke and Duchess of Sussex’s absence was expected, according to Elle, because the interview was nominated for a minor prize category and they were the focus of the event, which was produced by Winfrey and her crew.

The Crown, a fictional Royal family, was a big winner at the Emmy Awards on Sunday, winning four major awards.

Robert De Niro is Being “Forced to Work” To Facilitate Estranged wife’s lavish lifestyle
Will Smith shares shirtless photo, Says He’s in the ‘Worst Shape’ of His Life