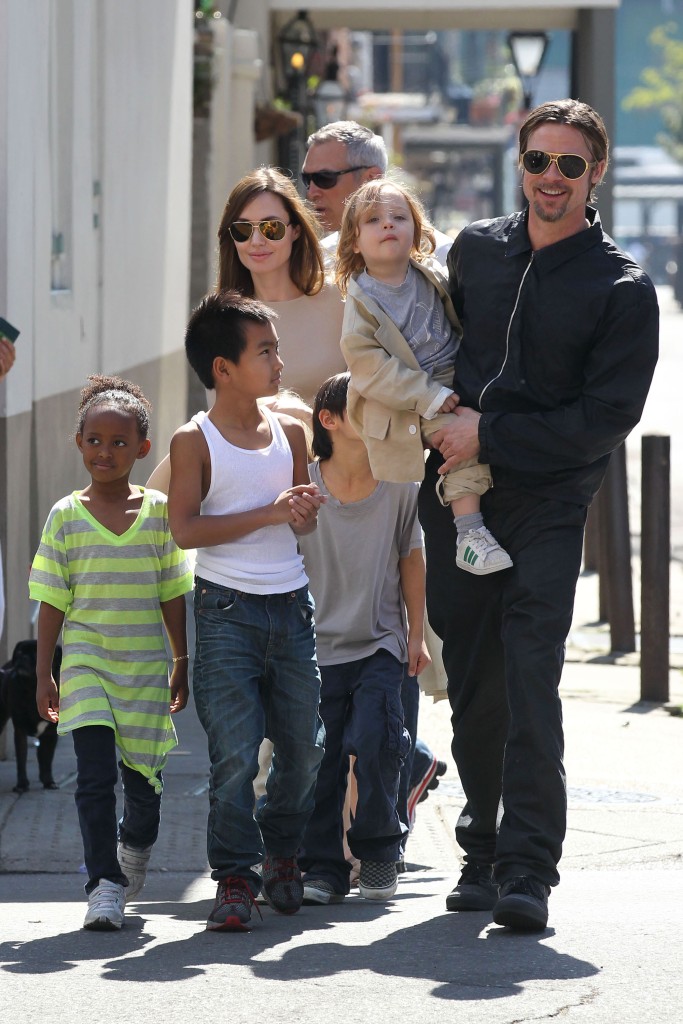 New information has emerged on the alleged abuse that Angelina Jolie and her children endured on a flight at the hands of her ex-husband Brad Pitt.

Jolie filed a cross-complaint against the Once Upon a Time in Hollywood star in an ongoing court dispute involving the French winery the former couple once owned. The complaint includes fresh allegations of abuse.

According to a court document filed on Tuesday, when Angelina Jolie attempted to protect herself, Brad Pitt allegedly grabbed her by the head and shook her before choking one of their kids and striking another.

It is claimed that Jolie tried to intervene at one point and “grabbed” her ex-husband from behind in an effort to stop him.

“To get Jolie off his back, Pitt threw himself backwards into the airplane’s seats, injuring Jolie’s back and elbow,” the documents allege.

“The children rushed in and all bravely tried to protect each other. Before it was over, Pitt choked one of the children and struck another in the face. Some of the children pleaded with Pitt to stop. They were all frightened. Many were crying.”

“After that flight, for her family’s well-being, Jolie decided to file for divorce,” the complaint said.

Jolie detailed the flight in prior court records, but she left out Pitt’s alleged placement of his hands on a child’s throat.

Jolie claims that “with nowhere to go and to avoid Pitts’ wrath, Jolie and the children sat still and silent under blankets” and that “nobody dared to go to the bathroom.” She claimed Pitt “periodically emerged from the back of the plane to yell and swear at them” and that, “at one point, he poured beer on Jolie; at another, he poured beer and red wine on the children.”

Shortly after the flight, the allegations of abuse on the plane were first made public, but the specifics were kept secret in divorce papers and investigations by the Federal Bureau of Investigation and the Los Angeles County Department of Children and Family Services, both of which concluded that no action against Pitt was required. In connection with the purported plane incident, Pitt has never been charged.

Following a trial behind closed doors where the accusations were made, the court granted Pitt joint custody of the kids. However, following a motion from Jolie, an appeals court overturned the judgment by disqualifying the private judge for failing to disclose any conflicts of interest.

Jolie’s accusations were vehemently refuted by a Pitt spokesman who was not authorized to speak in public and called it “another rehash that only harms the family.”

Jolie didn’t specify which kids might have been hit in her counterclaim.

Jolie also claimed that she had tried to sell him Pitt share of the winery but that those negotiations had failed because Pitt demanded an unacceptable “nondisclosure agreement that would have contractually prohibited her from speaking outside of court about Pitt’s physical and emotional abuse of her and their children,” according to the complaint.

Pitt’s lawyer Anne Kiley said in a statement to NBC News on Thursday morning, “Brad has owned everything he’s responsible for from day one — unlike the other side — but he’s not going to own anything he didn’t do.”

“He has been on the receiving end of every type of personal attack and misrepresentation.”

Pitt’s reps have denied these allegations in a new statement they gave to CNN, calling them “completely untrue.”

According to the records, Jolie told FBI agents that Pitt “grabbed her by her head”, “shook her:, “pushed her into the bathroom wall”, and repeatedly punched the ceiling of the plane.

It has been “a rough few years,” a source says ET, for Jolie and the family.

In the meantime, a source close to Pitt told ET: “It’s incredibly sad that she continues to rehash, revise and reimagine her description of an event that happened six years ago, adding in completely untrue information to try to get additional attention for herself at the expense of their family.”

The insider further adds, “She had the opportunity to share this information with law enforcement who made the decision not to press charges. … She has resorted to trying to keep rehashing the same thing. Going back to the same thing month after month with new and still false information for purposes only she can understand.”

According to Pitt’s lawyer, he has accepted responsibility for his actual acts but not for parts of Jolie’s tale that are untrue, and he will continue to answer in court to her claims that he choked one of their children and mistreated her on the 2016 flight.

Pitt’s attorney, Anne Kiley, said in a statement to the Associated Press that Pitt “has owned everything he’s responsible for from day one — unlike the other side — but he’s not going to own anything he didn’t do.” “He has been on the receiving end of every type of personal attack and misrepresentation.”

According to the lawsuit, Jolie, Pitt, and their six children left Chateau Miraval winery for Los Angeles on September 14, 2016.

“Pitt’s aggressive behavior started even before the family got to the airport, with Pitt having a confrontation with one of the children. After the flight took off, Jolie approached Pitt and asked him what was wrong,” the filing says. “Pitt accused her of being too deferential to the children and verbally attacked her.”