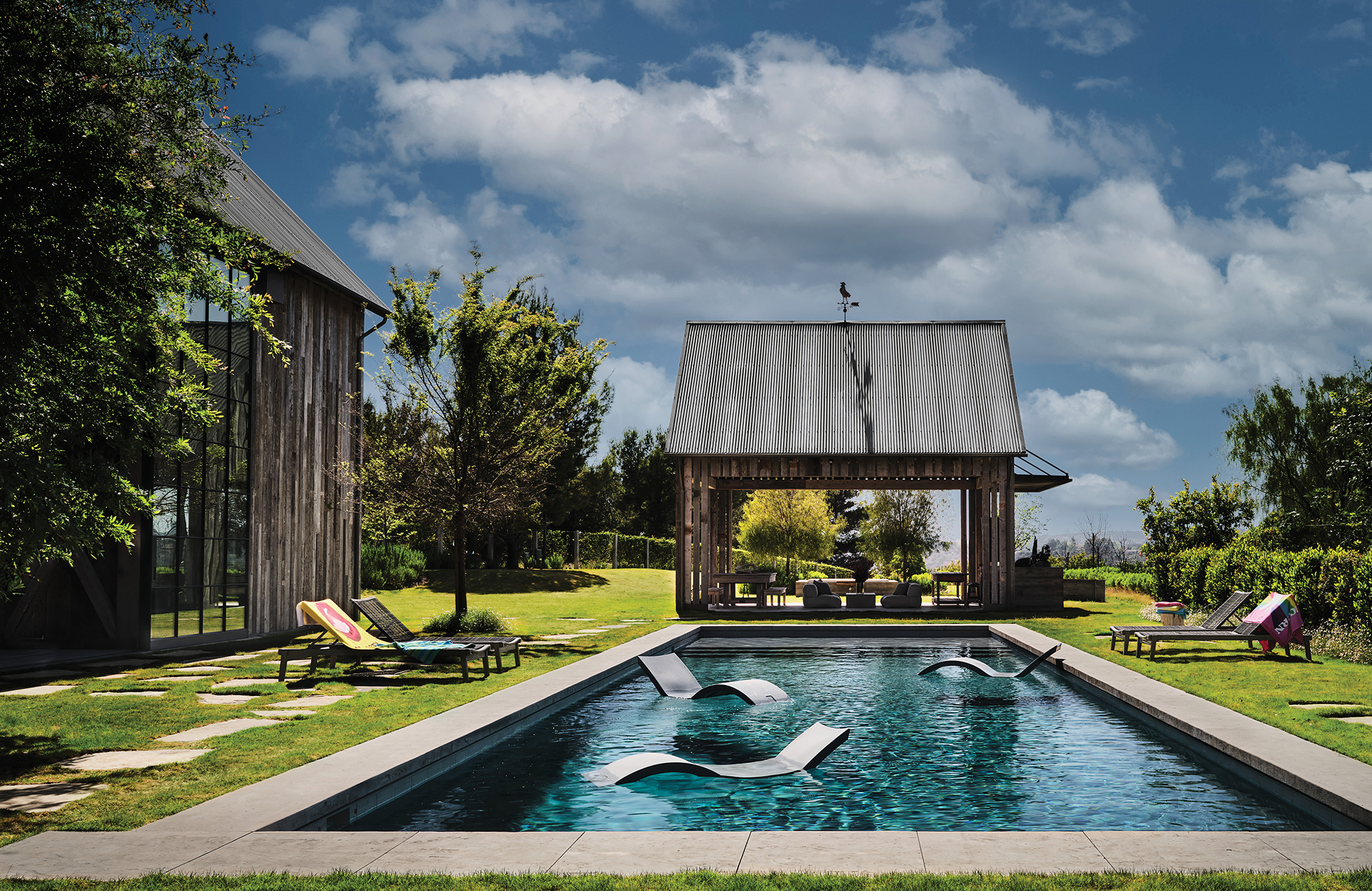 Mila Kunis and Ashton Kutcher don’t appear to be the kind to want to live on a farm: Both work in the entertainment sector, and such opportunities are frequently centered in Los Angeles, which isn’t exactly farm country. But a farm was precisely what they wanted, so they fulfilled their goal – one that also matched their Hollywood lifestyle. The Kunis-Kutchers created their own sustainable farmhouse, nestled away in the posh hills of Beverly Hills, over the course of five years, and now that the project is complete, they’re giving a glimpse inside the gorgeously rustic property.

Kutcher told Architectural Digest of the large farmhouse he and his wife occupy with their children near Los Angeles, “We wanted the house to look like an old barn, something that had been here for decades, that was then converted into a house. But it also had to feel modern and relevant.” 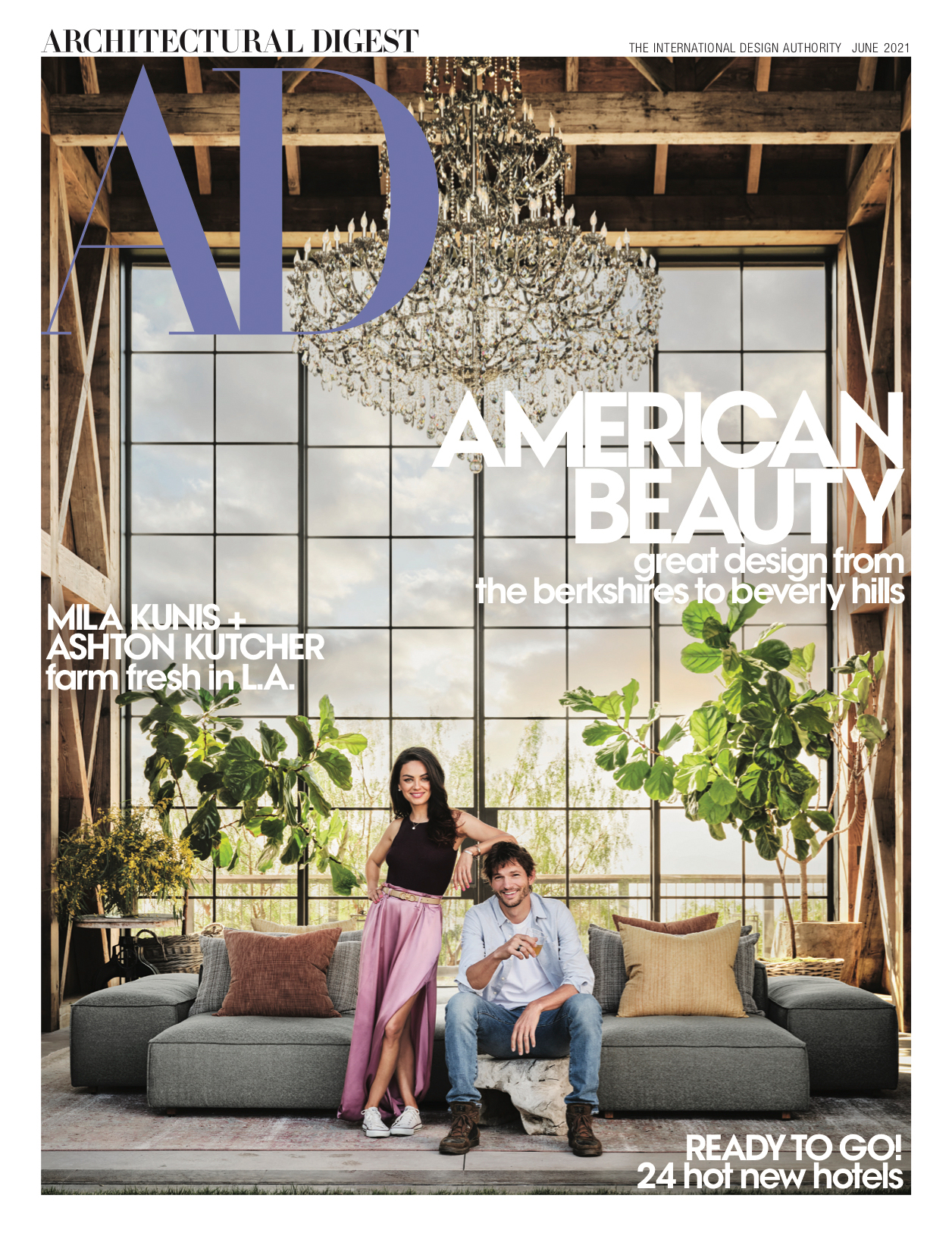 The six-acre Beverly Hills estate was featured on the cover of Architectural Digest’s June edition. Despite the fact that the area had been transformed to incorporate a main house, guesthouse, entertainment barn, and BBQ pavilion, the couple wanted to keep true to their roots.

The A-list couple, who married in 2015, spent five years planning and creating their perfect family home with architect Howard Backen and interior designer Vicky Charles from the ground up.

“Building a house from the ground up is no small thing,” Kunis noted, “This was either going to make us or break us.”

And, based on the images in the June edition of the magazine, the Hollywood power couple brought that idea to reality.

“When we looked at each other’s boards, 90 percent of the images we selected were the same, and most of the houses we pinned were designed by [architect] Howard [Backen],” Kutcher told the outlet. “Howard is like a great software designer, someone who approaches design as an accentuation of function. … Howard wants to get you where you want to be with the fewest doors and obstacles.” 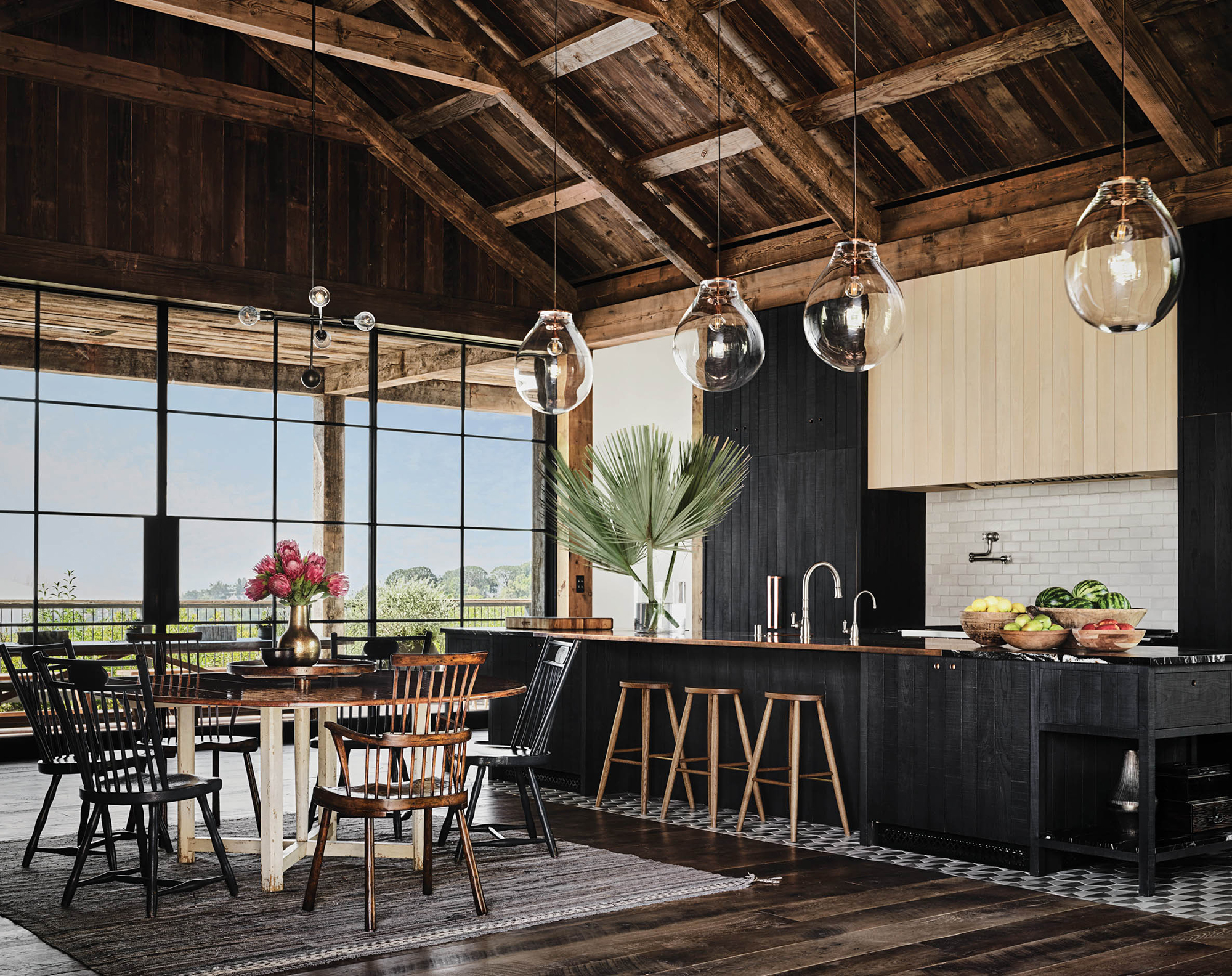 The couple, who have a 6-year-old daughter Wyatt and a 4-year-old son Dimitri, use the area for farming, even planting and harvesting a maize crop during the COVID-19 epidemic.

The 6-acre property is designed with reclaimed wood, board-form concrete, and glass.

It wasn’t simple for them to design their ideal home. When Kunis was pregnant with the couple’s first child, Wyatt, who was born in October 2014, the makeover began. In November 2016, the former That ’70s Show co-stars welcomed their son Dimitri.

Backen told the newspaper, “Ashton and Mila are two of the smartest, most inquisitive people we’ve ever worked with. We talked about everything from beam sizes to the details of the cross bracing to the junctures of the wood planks and concrete. These are not the kinds of conversations we have with every client.”

The couple also worked hard to build a house that would be long-lasting, keeping their children’s well-being and future in mind at all times. The entire property is powered by photovoltaics (solar energy), and the soil and water around the house have been tested to confirm their quality.

Even though the home has a rustic flavor, it manages to seem glossy and expensive at the same time.

Consider the entertainment barn, which is decked up in rustic wood yet boasts a colossal crystal chandelier. “We thought it would be funny to have this incredibly opulent thing hanging in a barn,” Kunis said of the glitzy accessory. “It kind of takes the piss out of the property.”