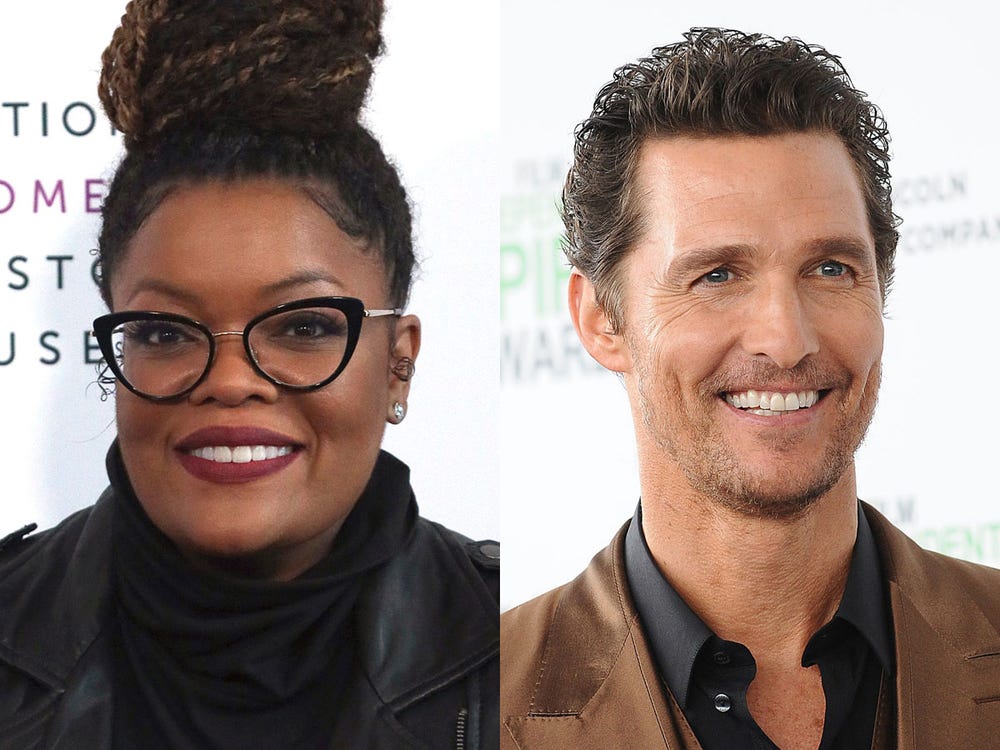 Matthew McConaughey is a well-known actor who has won an Oscar and an Emmy. You could argue he might get away with smelling bad. Given that the actor has stated for years that he does not wear deodorant, hanging out with him might be both interesting and a little, well, musky.

Brown recounted her experience working with McConaughey on the 2008 comedy “The Jess Cagle Show,” on SiriusXM’s “Tropic Thunder.” on Friday. She remembers being interested in McConaughey’s personal hygiene before to filming because he had publicly said in a 2005 interview with People that he hadn’t applied deodorant in 20 years.

“I remember that Matthew McConaughey said that he did not use deodorant and that he did not have an odor,” Brown said. “My first thought was, ‘I’m going to get as close as I can to him to see if he’s right.'”

Brown went on to say that McConaughey does not have an odor.

She said “[McConaughey] did not have an odor,” she said, “He smells like granola and good living. He has a sweet, sweet scent that is just him and it’s not musty or crazy.”

During their time working on the film, the former “Community” actress reportedly stated McConaughey was “very kind” to her.

“I’d been a fan since ‘A Time To Kill,’ so the idea that I got to be in scenes with him and be directed by Ben Stiller and be in a film that was that funny — it was a great experience,” Brown said.

She then wondered why a man who boldly confessed to not using even a smidgeon of aftershave behind his ears smelt so nice. “I believe he bathes because he smells delicious,” Brown remarked, “He just didn’t have deodorant on.”

Whether it’s Jake Gyllenhaal saying that bathing is “less necessary,” or Dax Shepard and Kristen Bell saying that they sometimes go five or six days without bathing their children until the smell tells them it’s time to get back in the tub, celebrities’ unconventional hygiene routines have recently come to the forefront.

Dwayne “The Rock” Johnson, one of the world’s most famous actors, said on Twitter that he showers up to three times a day and sings “off-key” while doing so.

According to Elite Daily, Kate Hudson, who co-starred with McConaughey in “Fool’s Gold” (2008), brought salt rock, a natural deodorant, to set and urged him to apply it to his body odor. He flatly refused.

“I just never wore it. No cologne, no deodorant,” he reportedly said in 2014, continuing, “The women in my life, including my mother, have all said, ‘Hey, your natural smell smells, one, like a man, and, two, smells like you.'”

Mila Kunis and Ashton Kutcher both said that they don’t bathe their children very regularly. Children ages 6 to 11 should shower at least once a week, according to the American Academy of Dermatology Association.