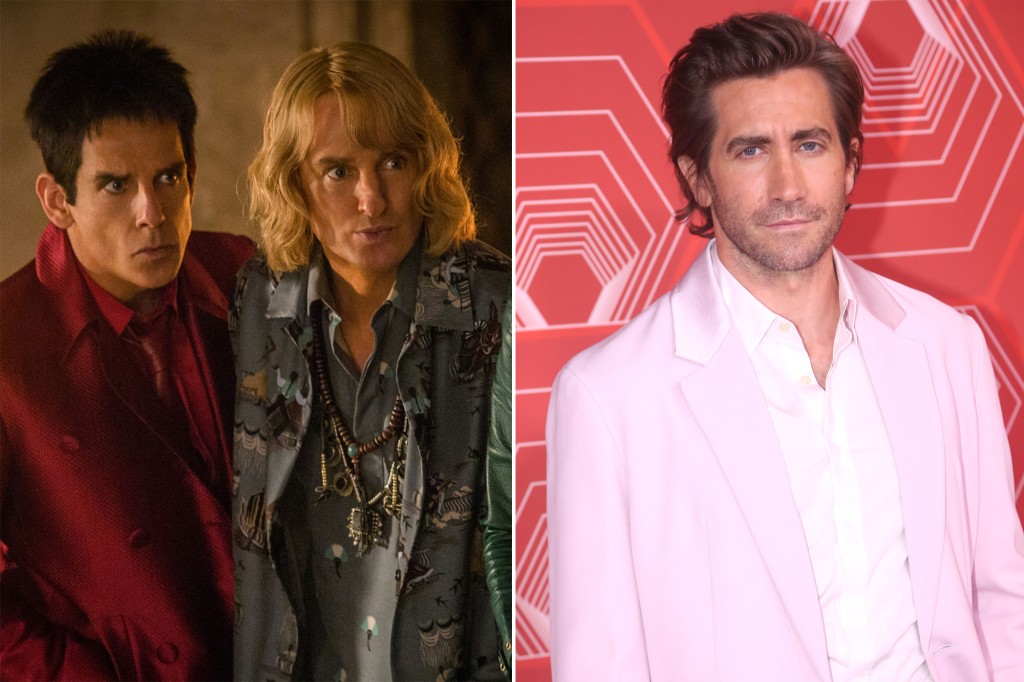 In an interview with Esquire, Ben Stiller stated that a young Jake Gyllenhaal auditioned for the role of Hansel in the cult classic film “Zoolander.”

Ben Stiller shared potential casting options on the 20th anniversary of the comedy, which would have drastically changed the film.

Even though Jake Gyllenhaal is extremely attractive, it appears that his charm and good looks were insufficient to earn him the role of Hansel in Zoolander.

Gyllenhaal, 40, was up for the role of “Male Model of the Year” in the 2001 filem, alongside director and star Ben Stiller.

The comedy “Zoolander” and “Zoolander 2” are about the lives of fictitious model Derek Zoolander (Ben Stiller) and his rival-turned-friend Hansel (Owen Wilson).

The film  is a parody of the fashion business as a whole, focusing on the shallow and egotistical fashion model Derek Zoolander. The comedy did relatively well at the box office, while receiving mixed reviews from critics. It made a total of $60 million globally on a $28 million budget. However, it was the fact that Zoolander grew an even greater audience in the years after its premiere that eventually helped it stay in the public awareness (leading to a sequel in 2016).

“The only one that I remember clearly was a young Jake Gyllenhaal doing this wide-eyed version of Hansel that was really funny,” Ben added.

Stiller stated that Wilson was always his first option for Hansel, but the producers were compelled to hold tryouts and search elsewhere when the “Loki” star appeared to have schedule difficulties.

He also said that Will Ferrell was almost not cast as Mugatu, the film’s primary villain.

“Andy Dick was supposed to play Mugatu,” the 55-year-old actor claimed, but Dick had a lesser role in “Zoolander” as Olga, the masseuse, because the comic was unavailable due to his job on a sitcom.

Stiller said, “Now it’s impossible for me to picture anybody but Will doing it.”

The comedy also included a number of wonderfully timed appearances, including David Bowie, Gwen Stefani, and many more.

This isn’t the first time Jake has been passed over for a role.  He had previously auditioned for Peter Jackson’s Lord of the Rings, but was turned down due to his British accent.

“I really do remember Peter Jackson saying to me, ‘You know that you have to do this in a British accent?’” he told The Hollywood Reporter in 2013. “We heard back it was literally one of the worst auditions.”

The film premiered barely two weeks after 9/11 and got mixed reviews at the time. But, alas, it has remained a cult favorite for the past two decades, with a sequel produced in 2016.

“It was such a hard time with comedy,” said Taylor. “Laughing might be a remedy in the moment, but the truth of the matter is, people weren’t ready.”

“It was a weird time,” Stiller added.

Christine Taylor, Stiller’s wife, said in the Esquire piece that she didn’t want to be a part of the film at first because she didn’t want to cause any awkwardness at home, but after being persuaded, a lot of Stiller and Taylor’s immediate relatives and friends were involved in “some capacity.”

“Being able to have a scene with my father in law (Jerry Stiller who played Maury Ballstein) where he’s looking at my chest, [saying] ‘With a push-up bra, you could have a nice rack of lamb going on there,’ we were just laughing non-stop,” Taylor said.

It’s likely that Zoolander might have flopped if it had a different cast, rather than building on its original audience to the point where it’s now regarded a cult classic.

Jake was also a strong contender for the main role in Baz Luhrmann’s Moulin Rouge, but Ewan McGregor was chosen over him due to his age. And that was for the best, since it was the start of his friendship with Heath Ledger.

In a 2018 interview with GQ, Jake reflected on that key event, saying, “When Ewan was cast, I finally met Heath and we sort of became friends before Brokeback Mountain based on our mutual frustration. When Brokeback Mountain came out and it got all the attention it did, I remember, a few months later, Heath called me and he was like, ‘Hey mate, I got some news for you.’”

“I said, ‘What?’” Jake continued. “He said, ‘Baz just offered me his next movie. I just wanted you to know, I f—king turned it down!’ So that was how much Heath loved me, you know. That was how I met him.”