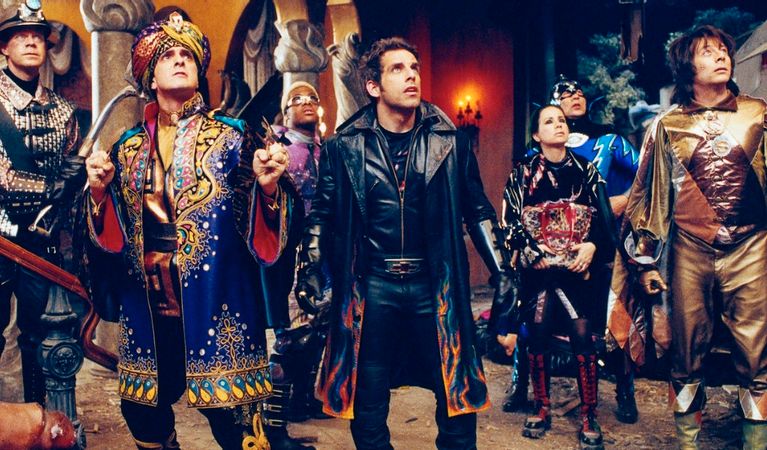 Ben Stiller discusses the prospect of returning for a sequel to Mystery Men, a 1999 superhero satire that has established a cult following since its original box office failures.

Both critics and moviegoers panned Mystery Men upon its initial release. Stiller played Mr. Furious, a wannabe hero fueled by his uncontrollable wrath, even if that power is rarely seen in the film, which parodied the superhero genre. After the movie’s actual superhero, Greg Kinnear’s Captain Amazing, is abducted, Furious assembles a hodgepodge crew of Z-list heroes to safeguard Champion City.

Stiller was joined by an oddball supporting cast that included Hank Azaria’s The Blue Raja, who throws silverware at his enemies, William H. Macy’s Shoveler, a quarry worker who uses a shovel as a weapon, and Janeane Garofalo’s Bowler, who fights her opponents with a sentient bowling bowl containing her father’s skull. Additional members of the motley group boasted abilities such as lethal farts and invisibility, which only worked when no one was watching.

The actor has recently stated that he would welcome the opportunity to return for the long-awaited sequel.

“That’s the first I’m hearing of it, but sure. I’m all for it. I had fun doing it… Yeah, it would be a blast. It was a really, really fun cast. And there’s still some rage and fury inside me somewhere, I think.”

Although nostalgia is still popular these days, a comedic sequel arriving years, if not decades, after the first is famously tough to get right, as Stiller can confirm following the flop that was Zoolander 2. Fans would undoubtedly want to see it happen, but resurrecting a product that tanked over two decades ago and throwing a new coat of paint on it doesn’t seem like a top priority for any studio or streaming service.

Despite the fact that Mystery Men flopped at the box office, grossing just over $33 million worldwide on a $68 million budget, many critics believe the superhero parody was ahead of its time, mocking the idea of unpolished superheroes years before hit films like Deadpool and the Amazon series The Boys.

While a Mystery Men sequel remains a pipe dream for the time being, there is some promise in the fact that Stiller appears to be anxious to return. Recent box office successes have demonstrated that there is a sizable audience for unexpected superhero stories, and considering the cult following Mystery Men has cultivated in the years since its debut, a sequel may be the next project to turn the genre on its head. Hopefully, Stiller will get his wish, and the franchise will finally get the acclaim it deserves.

If a Mystery Men sequel is made, it won’t be the first time Stiller has participated in a sequel to a box office flop that went on to become a cult masterpiece. Following the ongoing popularity of the 2001 original, Stiller directed, co-wrote, and acted in Zoolander 2, which centered on a male model who is brainwashed to assassinate Malaysia’s Prime Minister. The comedian is no stranger to sequels, having made blockbuster franchises out of 2000’s Meet the Parents and 2006’s Night at the Museum.