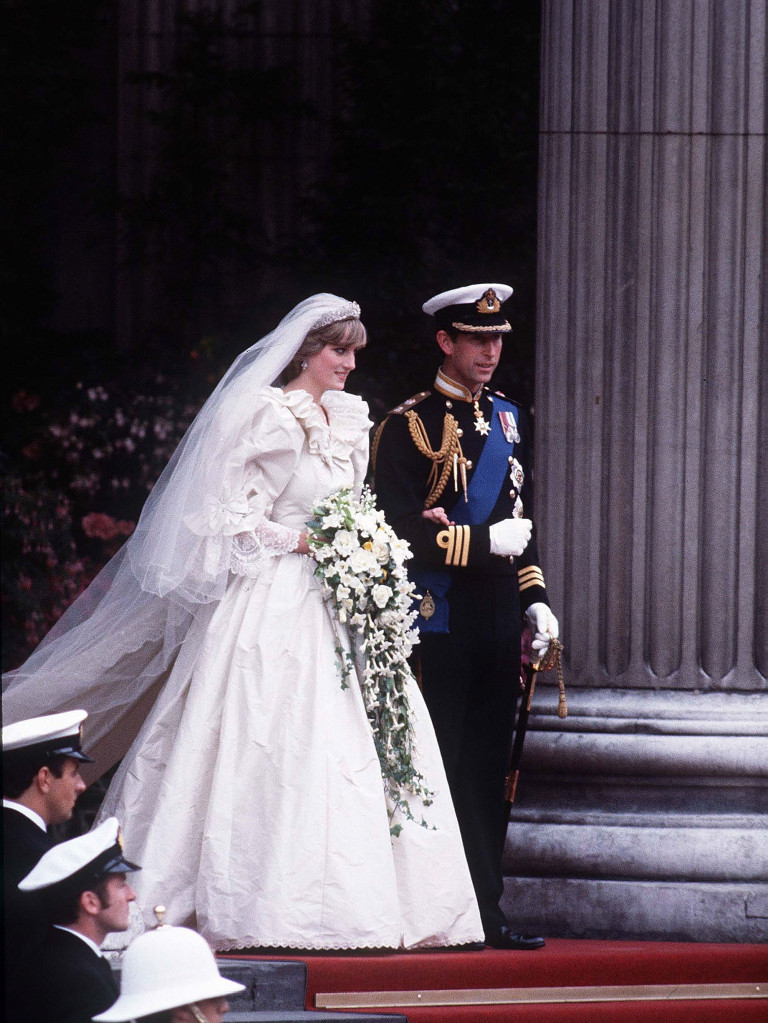 Next month, a piece of history will be auctioned off – a slice of Cake from Princess Diana’s wedding.

The iced piece comes from one of the 23 official wedding cakes commemorating the heir to the British throne’s marriage to his timid 20-year-old bride on July 29, 1981. It has a marzipan base with a sugar onlay coat-of-arms on top that is tinted in gold, crimson, blue, and silver.

However, their love did not last long, and they divorced in 1996.

According to BBC News, a portion of Prince Charles and Lady Diana Spencer’s official royal wedding cake will be auctioned by its owner after being kept for decades.

The cake was presented to Moyra Smith, a member of the Queen Mother’s Clarence House staff. Smith stored it in a flowery cake pan with a handwritten note on the top that read: “Handle with Care – Prince Charles and Princess Diane’s (sic) Wedding Cake,” signed and dated 29/7/81.

Royal wedding cakes are not to be taken lightly. According to the royal family’s official website, they “will often be large enough to serve over 2,000 people, with slices packaged up and sent to charities and [organizations] close to them as well as served up to the guests in attendance,” says the official website of the royal family. They also note that “royal wedding cakes throughout history have weighed anything from 300lbs to over 500lbs ” and are typically ornately decorated.

Mrs Smith’s family sold the cake to a collector in 2008, but it’s now up for sale again, this time to commemorate the Waleses’ 40th wedding anniversary. 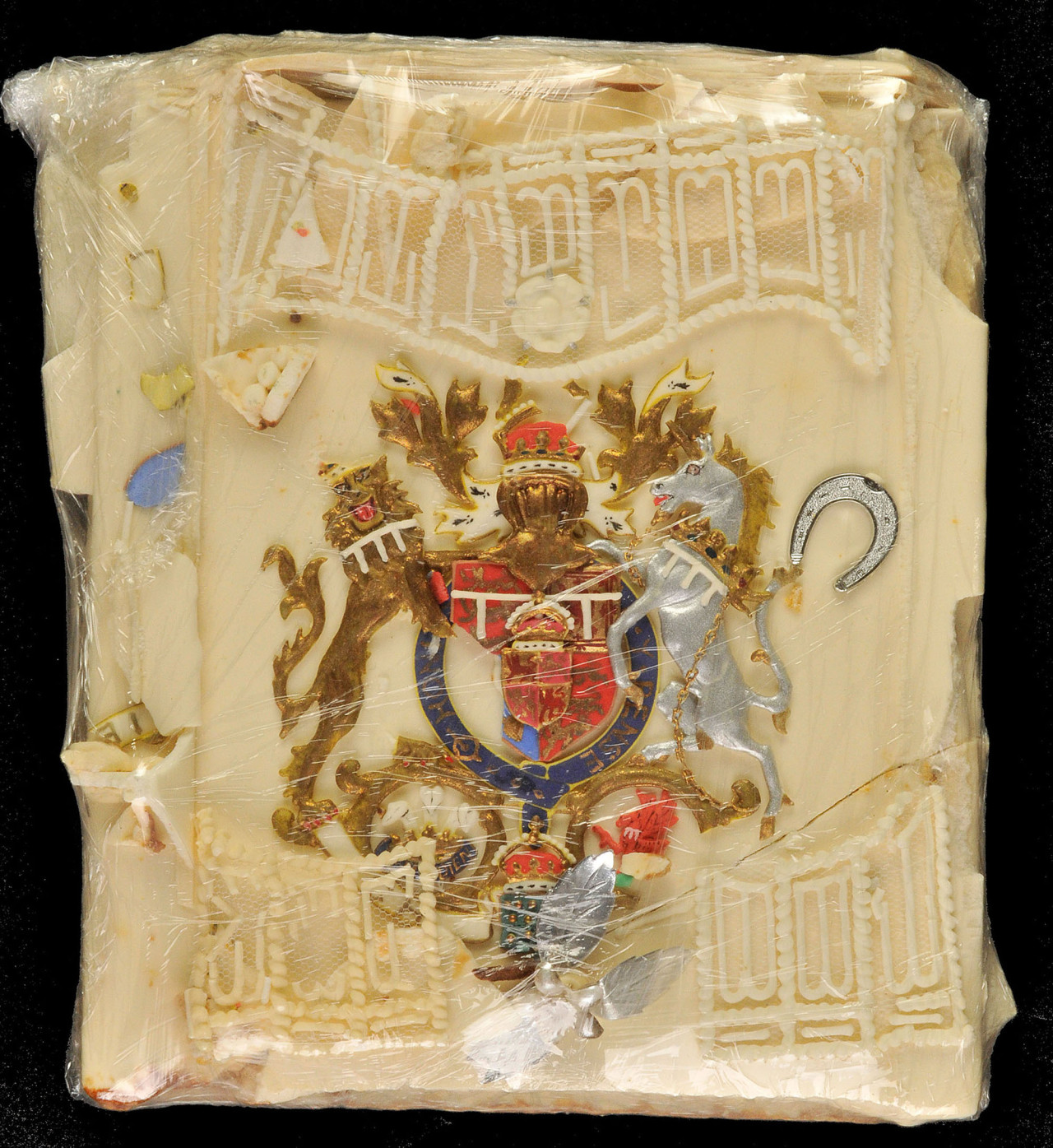 The slice was first up for auction in 2008 and is now being sold again, on Aug. 11.
Shutterstock

The slice “appears to be in exactly the same good condition as when originally sold,” said Chris Albury of Dominic Winter Auctioneers in the UK, adding, “But we advise against eating it.”

Another wedding memory from the late Diana is also accessible to the public, but only for viewing. Her wedding gown can be seen on display at her old London residence.

On August 11, the cake will be included in Dominic Winter’s Books, Maps, Prints, Documents, and Ephemera Auction.

Fruitcake is often used by royals at their weddings, which may appear strange to current standards. It is, nevertheless, a custom with unexpectedly practical origins. Fruitcake is prepared with alcohol, usually rum or brandy, which naturally preserves the cake for years, according to Food & Wine, making it the ideal option in the pre-refrigerator period. Even today, the long-lasting qualities of fruitcake may be beneficial to bakers who must adorn extremely intricate royal confections for weeks, if not months.

With approximately 3,500 people in attendance, the pair married in St. Paul’s Cathedral in London. After the ceremony, the couple and 120 of their guests dined on a wedding luncheon at Buckingham Palace. Brill in lobster sauce, chicken filled with lamb mousse, and strawberries with cream were served to friends and family.

The wedding had a global television viewership of more than 750 million people. 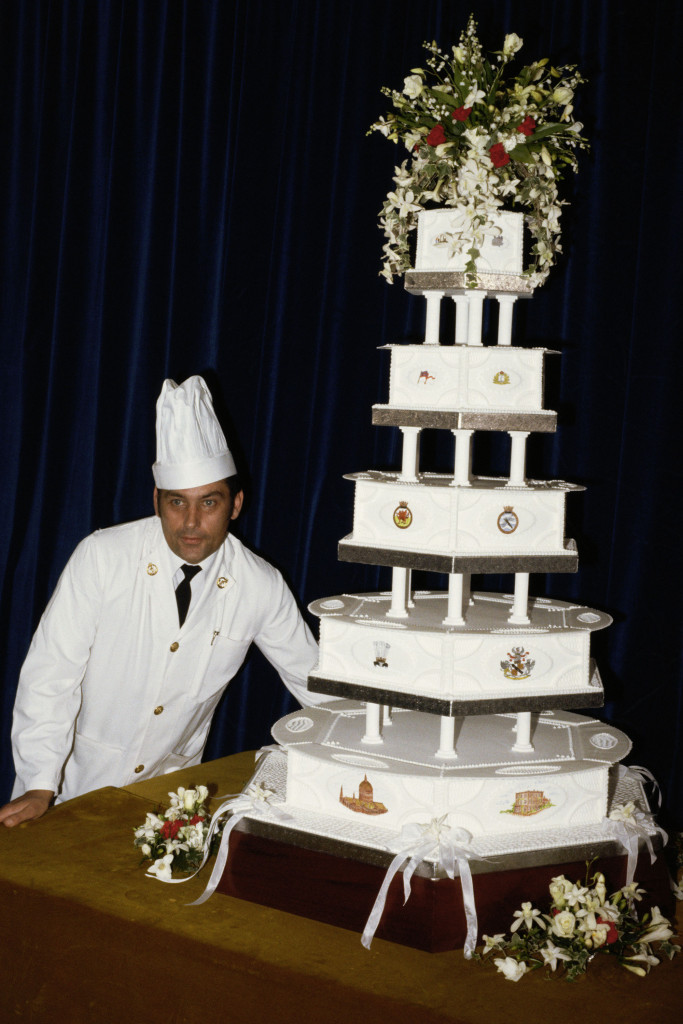 Baker David Avery poses with the royal wedding cake. It was one of 28 cakes served at the nuptials.
Getty Images

David Avery, chief baker at the Royal Navy’s culinary school in Kent, made their royal-official wedding cake in addition to Charles and Diana’s 27 cakes. The towering cake was made over the course of 14 weeks, . The Prince of Wales’ coat of arms, the Spencer family crest, and flowers such as roses and orchids were all used to adorn the fruit cake.