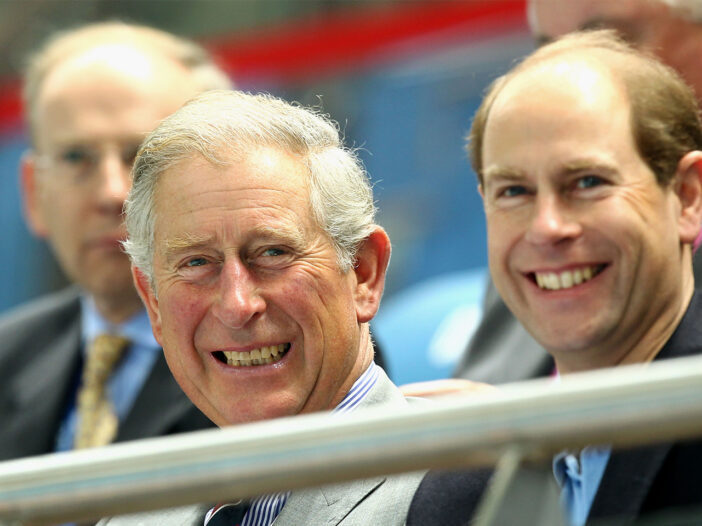 Despite his younger brother being expected to inherit the Duke of Edinburgh title following Prince Philip’s death, Charles is reportedly reluctant to grant Edward the title.

Edward, the Earl of Wessex, is the Queen’s only son who is not a duke, and it was anticipated that he would inherit his father’s title one day.

When Edward married Sophie Rhys-Jones in 1999, the Queen and Prince Philip announced that he will acquire the title “in due course”

However, royal custom dictates that the title would pass to Charles after his father’s death on April 9, 2021, and the heir is reportedly hesitant to relinquish it.

According to the Sunday Times, Charles is debating whether or not to keep the promise while he reconsiders his own future.

‘The prince is the Duke of Edinburgh as it stands, and it is up to him what happens to the title. It will not go to Edward,’ a source told the magazine.

“Edinburgh won’t go to them [the Wessexes] as far as the prince is concerned,” claimed another person close to the prince.

It’s a completely different tone from the one used by the Palace when Edward married in 1999.

“The Queen, the Duke of Edinburgh and the Prince of Wales have also agreed that the Prince Edward should be given the Dukedom of Edinburgh in due course, when the present title held now by Prince Philip eventually reverts to the Crown,” Buckingham Palace stated in a statement at the time.

When Charles succeeds to the throne, the Duke of Edinburgh title will be merged with the crown, allowing it to be re-granted to Edward.

The Duke of Edinburgh title will revert to the Crown after Charles is crowned King.

As a result, the new King will be allowed to bestow the title of Duke of Edinburgh on Edward.

Following Prince Philip’s death, Charles, who is recognized in Scotland as the Duke of Rothesay, was cautioned against using the Edinburgh title.

It is up to Charles to decide whether to give the title to another member of his family, Edward, or to keep it in abeyance.

According to David White, a heraldic adviser to the royal family, there was no pressing necessity for Charles to give Edward the title following his ascension to the throne.

He noted: “George VI was the Duke of York and when he became king, the dukedom merged with the Crown. It wasn’t granted again until Prince Andrew became Duke of York.”

He also mentioned how Prince Andrew might have gotten the title “theoretically” if he hadn’t been named Duke of York in 1986 when he married Sarah Ferguson.

Edward told the BBC: ““It was fine in theory, ages ago when it was sort of a pipe dream of my father’s …. and of course it will depend on whether or not the Prince of Wales, when he becomes king, whether he’ll do that, so we’ll wait and see. So yes, it will be quite a challenge taking that on.”

The Earl of Wessex previously said that the title was “bittersweet” since it could only be bestowed upon him “after both my parents have actually passed away.”

“We sat there slightly stunned. He literally came straight in and said, ‘Right. I’d like it very much if you would consider that’,” Sophie, Countess of Wessex, told the Daily Telegraph.