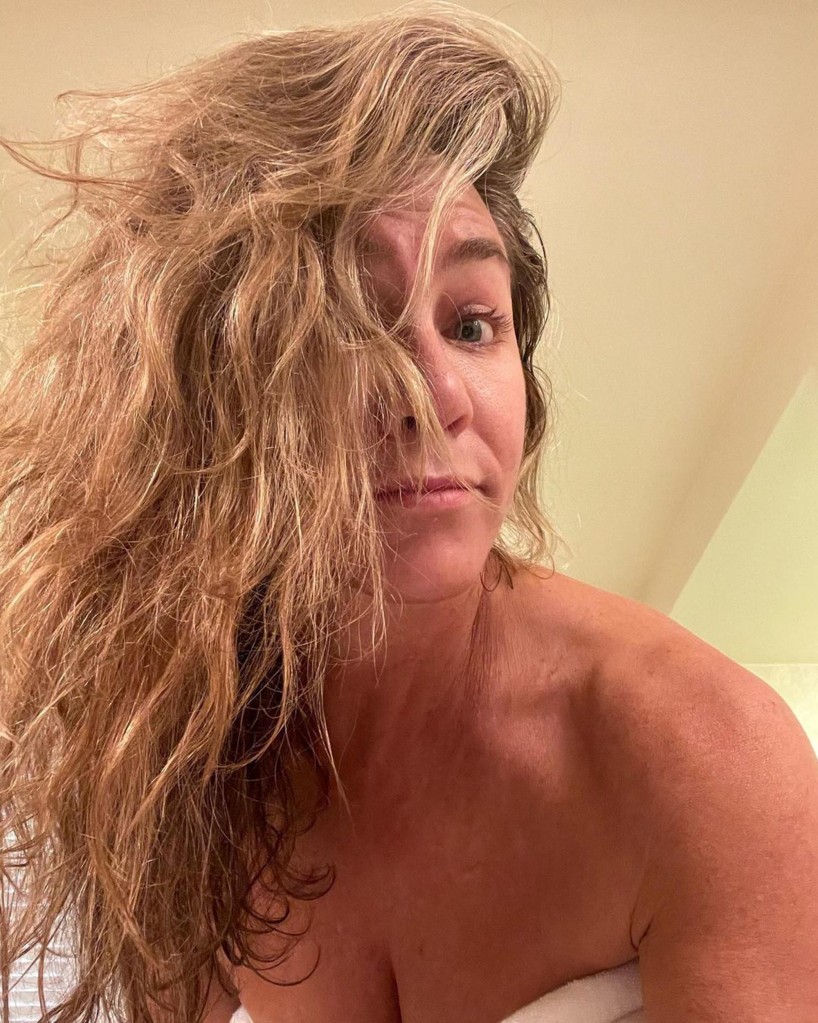 Jennifer Aniston can pull off every look with great panache, as seen by her most recent selfies.

On Thursday, the 52-year-old actress published two new photographs on Instagram, one of which featured her wavy locks arranged in a deep part and a smile with minimum makeup.

Ali Wentworth, an actress, was blown away by Aniston’s appearance and remarked on her Instagram image, “Sexy bed hair though….” 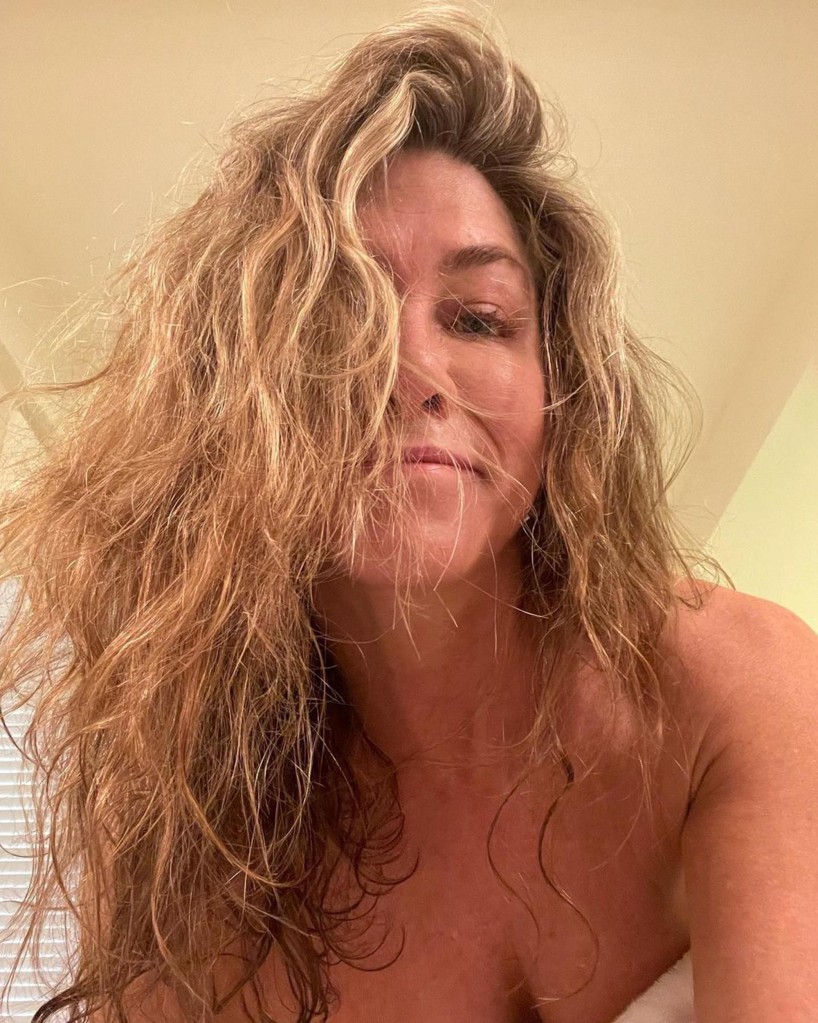 LolaVie products feature formulas that are “effective, smart, and unfussy-ones that solve real problems without the fluff,” according to the company’s website. Aniston appears to be utilizing these treatments to manage humidity-induced frizz without having to spend hours detangling her hair.

Justin Theroux, Aniston’s ex-husband, has already given his mark of approval to her haircare line. The actor enthused about the LolvaVie Perfecting Leave-In in a shot he shared on his Instagram Story in December. “Thank you b. & @lolavie,” Theroux said, adding that it works, indicating that he’s already a great admirer of the brand.

Aniston also told PEOPLE that she was more concerned with hair health when it comes to product creation.

“How can we give hair that is really damaged and goes through the wear and tear that mine has gone through nourishment?” she wondered. “That’s what we focused on we were all very particular about. It just had to be absolutely perfect.”

Jennifer Aniston’s barefaced selfie is a deeply personal image from the actress, who recently expressed her dissatisfaction with allegations about her personal life.

“I used to take it all very personally—the pregnancy rumors and the whole, ‘Oh, she chose career over kids’ assumption,’” she told The Hollywood Reporter. “It’s like, ‘You have no clue what’s going with me personally, medically, why I can’t…can I have kids?’ They don’t know anything, and it was really hurtful and just nasty…. It’s the same with Dolly Parton; Dolly Parton never had kids. But are people giving her shit for it? No, no one’s tried to put her in a white picket fence.”

Jennifer is getting ready to start work on the upcoming season of The Morning Show, which was just renewed for a third season. The actress was also nominated for a SAG Award in 2022 for her work in the AppleTV+ series.

Adam Driver was fed up of ‘House of Gucci’ role: ‘I was ready for it to be over’
Jonah Hill Says Leonardo DiCaprio Made Him Watch ‘The Mandalorian’, admits he ‘wasn’t interested’