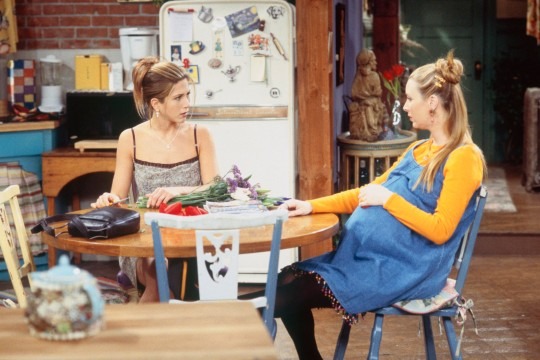 Lisa Kudrow, 57, is well known for her role as Phoebe Buffay on the iconic television program “Friends,” where she was reported to be pregnant while portraying a pregnant Phoebe.

Lisa Kudrow is the delighted mother of one son, Julian Stern, who recently confessed that after bonding with Jennifer Aniston on set, he used to confuse a Friends co-star for his mother. Julian not only got to visit the set as a kid, but he was also technically a part of the show when Lisa became pregnant with him during Friends season 4.

While die-hard Friends fans will know that Phoebe never had children of her own, many will recall that she was a surrogate for her half-brother Frank.

The show’s creators chose to include Lisa Kudrow’s pregnancy into the show as the track in which Phoebe is pregnant with triplets in the fourth season.

When Phoebe’s brother Frank Jr. and his wife Alice were unable to conceive naturally, they turned to Phoebe for help.

As the performer gave birth in real life, her Friends character Phoebe Buffay was wrapping up her fourth season and was functioning as the surrogate mother to her brother and his wife’s triplets. On the fifth season of the program, the character gives birth.

The whole fourth and a chunk of the fifth seasons were dedicated to Phoebe and her pregnancy, including excluding her from a big episode in which the entire ensemble travels to London.

Lisa Kudrow was able to continue working on the sitcom while pregnant because to this on-screen pregnancy, and she has subsequently talked favorably of how she was treated by her fellow Friends cast members during filming.

“So sweet, they included my little fetus in the huddle”, she continued.

Julian recently celebrated his 23rd birthday. He was born on May 7th, 1998. 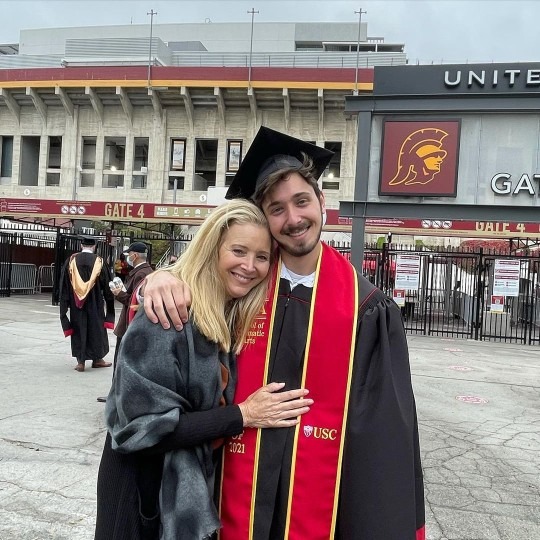 Julian is Lisa and Michael Stern’s only child, and it appears that he may be following in his mother’s footsteps, since he already has special effects and makeup credits on his IMDB profile.

He also directed his own undergraduate thesis film, Mind Made Up, which he recently announced has been chosen for the upcoming Portland Comedy Film Festival.