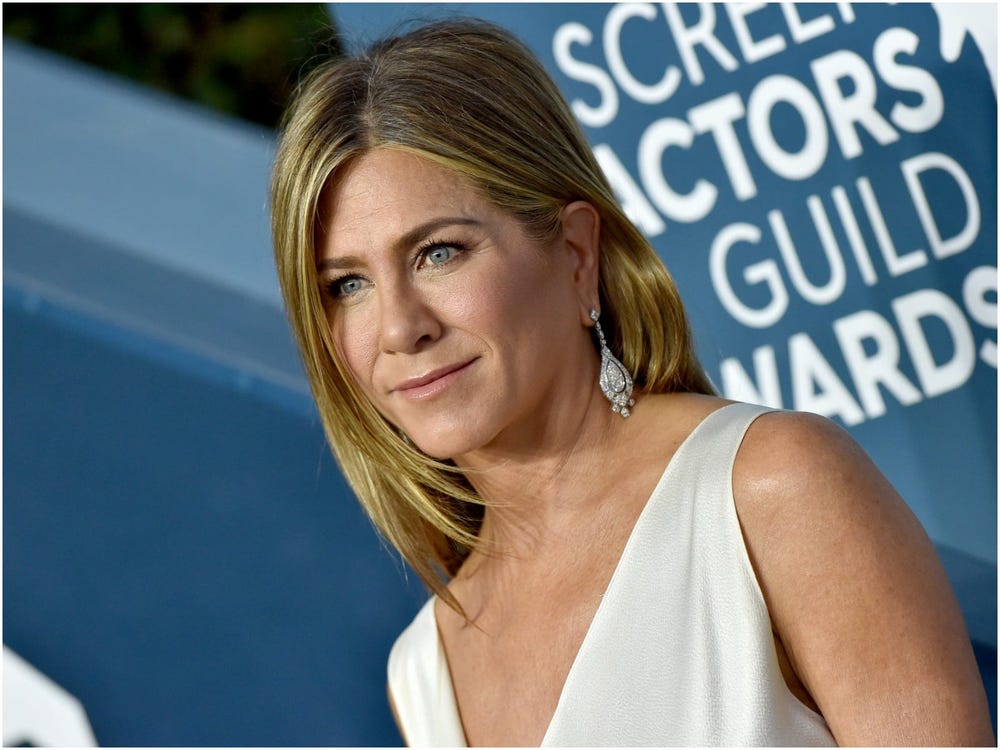 Jennifer Aniston says she has cut people out who refuse to get vaccinated. Axelle/Bauer-Griffin/FilmMagic
temp3

Jennifer Aniston is speaking out about the impact tabloid stories have on her health. While the 52-year-old actress claims she no longer takes pregnancy rumors seriously, she recently told The Hollywood Reporter that they have been “hurtful” in the past.

“How do you feel the attention paid to your private life has impacted your professional one?” Jennifer was asked.

“People certainly project onto you and all that,” Aniston said of the focus on her personal life. “But  my job is to go, ‘Listen, I’ll show you what I’m capable of, and you decide if you want to subscribe,'” she continued. “So you disappear as much as you can, you have fun, you take on these weird roles, you don’t give a s—-, you enjoy yourself, you remember that you have a gorgeous group of friends and your life is blessed and you do the best that you can.”

During production for Friends: The Reunion, rumors about her adoption arose, and her representatives were obliged to reply.

Jennifer Aniston explained, “I used to take it all very personally — the pregnancy rumours and the whole ‘Oh, she chose career over kids’ assumption. It’s like, ‘You have no clue what’s going with me personally, medically, why I can’t … can I have kids?’ They don’t know anything, and it was really hurtful and just nasty.

“What the tabloids and the media did to people’s personal lives back then, regular people are doing now [on social media]. Although I haven’t seen a tabloid in so long. Am I still having twins? Am I going to be the miracle mother at 52?”

“Now you’ve got social media,” she said. “It’s almost like the media handed over the sword to any Joe Schmo sitting behind a computer screen to be a troll or whatever they call them and bully people in comment sections. So it’s just sort of changed hands in a way. And I don’t know why there’s such a cruel streak in society. I often wonder what they get off on.”

“Men can be married as many times as they want to, they can marry women in their 20s or 30s. Women aren‘t allowed to do that,” the Morning Show host said, pointing out the gender divide. “Men in their 30s, by the way, are way different from men in their 40s and 50s. And late 20s even.”

“It’s a whole new world that I’m finding is alive and kicking and they’re not … what was my point? Oh, about maintaining a little bit of mystery so that people can suspend disbelief when they see you in character. I guess I feel like if you’re doing what you do well enough, you should be able to do it. And if you’re not, you probably shouldn’t do it anymore.”

In the past, Aniston has spoken out about the criticism. Aniston published an article for HuffPost in 2016 in response to allegations that she was pregnant with her then-husband Justin Theroux, claiming that she wasn’t pregnant but was “fed” up with media focus on her body.