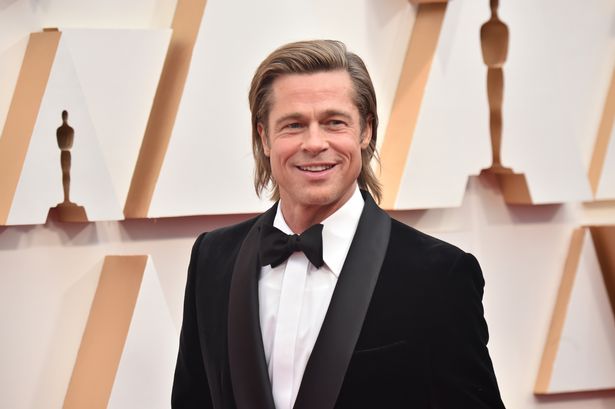 After his divorce from Angelina Jolie, Brad Pitt is apparently finding it difficult to date again.

The actor legally divorced his wife in April 2019 after a breakup in 2016. The two are still working out the details of their divorce, such as who will get custody of their six children.

“[He wants to] find that special someone to be with long-term,” a source tells Us Weekly exclusively in the upcoming issue. “The trouble is that he hates the process and how he can’t even step out for a friendly coffee without it being gossiped about.”

After having his romances “scrutinized” in the media for years, the Once Upon a Time…in Hollywood star is scared to pursue love again. Brad, who was married to Jennifer Aniston from 2000 to 2005 before marrying Angelina Jolie, is currently attempting to keep “focused on family, charities, and work.” “Those are his main priorities,” the source continues. Brad isn’t “mentally ready” to date again, according to a source, because of his reputation and the “huge cloud hanging over him” following his custody “war” with Angelina.

Despite the fact that their divorce was finalized in April 2019, the former couple is still at odds over their younger children’s custody.

A judge found in Brad’s favor in May 2021, allowing him to split custody with Angelina. The matter was remanded to court in July when the judge in charge of the case, Judge John W. Ouderkirk, was dismissed owing to his previous business associations with Brad.

A source told Us at the time that Jolie was “grateful” that a “fair decision” had been made, but Ouderkirk’s absence may have ramifications for Pitt.

Jolie has been linked to The Weeknd, with whom she has been sighted on many occasions, as the legal case proceeds. In November 2019, the Fight Club star was said to be dating buddy Alia Shawkat, but fans hoped he might rejoin with Aniston, 52, after their early 2020 awards night hangouts. He was recently linked to Andra Day, although she had no idea how the rumour started.

“We’re not dating. We don’t even know each other. It is hilarious. It was thin air. Somebody was bored that day,” the 36-year-old “Rise Up” singer told Entertainment Tonight in June. “Oh, my gosh, child … we’ve never met. … He’s great, though. Super talented. Wonderful.”

Brad, on the other hand, recently stated that he and his ex-wife aim to put the past behind them and move on at some time in the future.

According to the tabloid, an insider said: “Brad hopes that one day he and Angelina find a way to forgive each other and move forward, for the kids’ sakes if nothing else. He hates all the bad blood.”

In 2014, the Ocean’s Eleven star and his ex-wife Angelina Jolie wedded in France, but two years later, the Maleficent actress filed for divorce.