A royal wedding is the ideal opportunity to witness the royal family dressed to the nines, but white is usually off-limits, for a good reason. When the Prince of Wales and the Duchess of Cornwall married on April 9, 2005, the Queen defied the norm and appeared in a lovely white gown.

The Prince of Wales and the Duchess of Cornwall married in a civil ceremony at Windsor Guildhall in Berkshire, followed by a blessing service at Windsor Castle’s St. George’s Chapel.

Although it is customary for brides to wear white gowns, a pattern that is said to have begun with Queen Victoria in 1840, Camilla chose two more unusual ensembles, both created by Anna Valentine and Antonia Robinson. 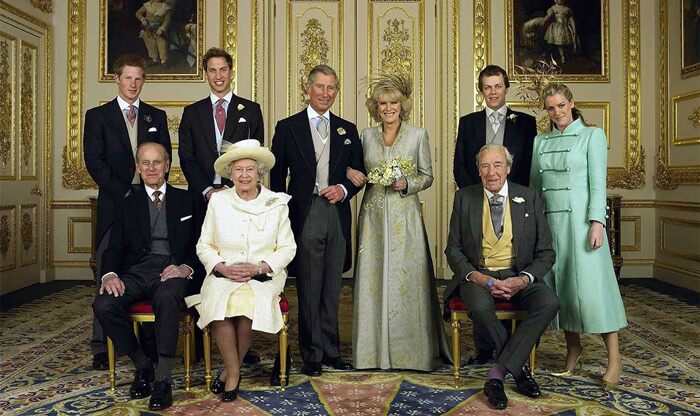 Camilla donned a cream silk chiffon gown for the civil ceremony, but afterwards changed into a pale blue gown with a gold-embroidered coat over it.

The Queen and Prince Philip did not attend the civil wedding, but they did participate in the blessing ritual. Her Majesty wore a creamy white coat and bonnet with a faint yellow fleck, along with black gloves, purse, and shoes, despite the fact that it is customary for guests to avoid wearing white to avoid upstaging the bride.

Her Majesty may have chosen white because Camilla had already changed into her colorful gown, so it wouldn’t have clashed with her style, according to Hello! magazine.