Princess Diana wore suede shoes with a hidden message painted beneath them on the day she married Prince Charles 40 years ago, according to the cobbler who created them.

The young princess wore a David and Elizabeth Emmanuel-designed bridal gown with a 25-foot ivory taffeta and antique lace train. The famous gown was Diana’s something new, but it had ancient Carrickmacross lace stitched into it, which had belonged to Queen Mary, George V’s wife, as her something old. 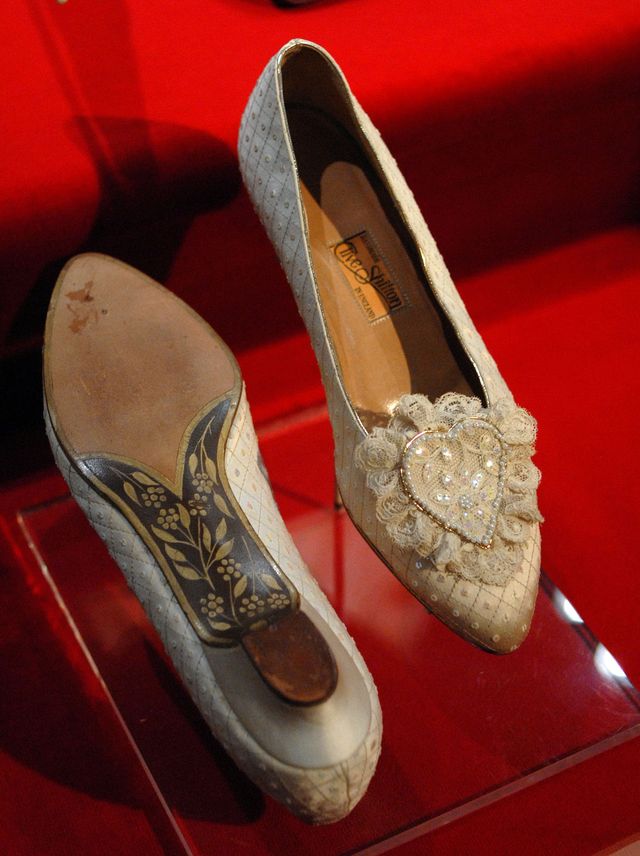 Her wedding shoes, on the other hand, were hidden from view by the legendary gown.

Diana’s wedding shoes were “beautiful suede heels with 542 sequins and 132 pearls in a sweet heart-shaped pattern,according to The Sun. Diana requested that a little “C” and “D” be painted on the soles of the shoes as a hidden message for her and Charles on their wedding day.

According to the Daily Mail, Chilton’s first encounter with Diana came as a surprise because designer Elizabeth Emanuel had merely told him to come see a “special client,” only to find
Diana waiting to have her feet measured.

Diana’s hidden message wasn’t the only request for her wedding shoes, according to Clive Shilton. She was also concerned about her height when wearing heels.

‌“[Diana’s] main concern was that she wouldn’t appear taller than Prince Charles, and because she was very tall — 5ft 10in — the shoes would have to have a low heel,” Shilton explained to the press.

The secret message has since been revealed to the public, as the shoes have been put on display. The “message” is still quite buried even with the soles turned up. The “C” and “D” near the bottom of the flowery pattern, just above the straight edge of the heel, can be seen if you look very (very) closely:

“No one even saw the bottom of the shoes, but it was important to us that they looked fantastic. You would have seen much more of them if she’d tripped!”

The initial intention, according to the source, was to construct the shoes out of the same fabric as the bridal gown. However, because the material was too fine, it would not have been a good decision. Instead, they chose a “heavier silk satin and made the soles from a soft suede” to keep the bride from slipping.

Despite being sworn to secrecy, Shilton acknowledged to charging a “basic price” for the royal wedding shoes. According to Marie Claire, he sold one of the spare pairs for £36,000 at auction thirty years later, in 2011.

More than 750 million people tuned in to witness Charles and Diana tie the knot at home, in front of 3,500 guests.