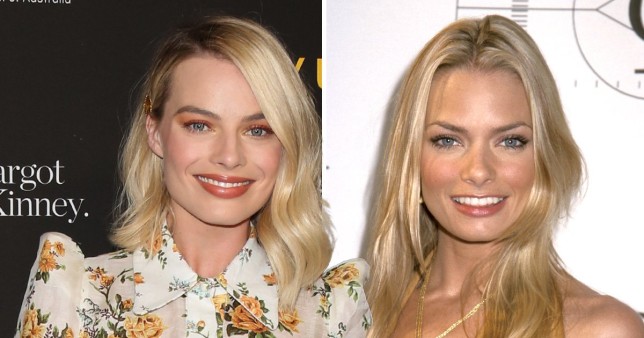 Since her role in The Wolf of Wallstreet, Margot Robbie has made a name for herself in Hollywood.

Those who saw I, Tonya, the film about disgraced figure skater Tonya Harding, were taken aback when they noticed that Australian Robbie looks just like Jaime Pressly.

When you compare late-nineties Jaime to 2018 Margot, you’ll notice a striking resemblance: blonde hair, green eyes, and a jawline that could cut glass.

Robbie was branded a “younger version” of the My Name Is Earl star by fans, while some questioned whether they were “the same person.” 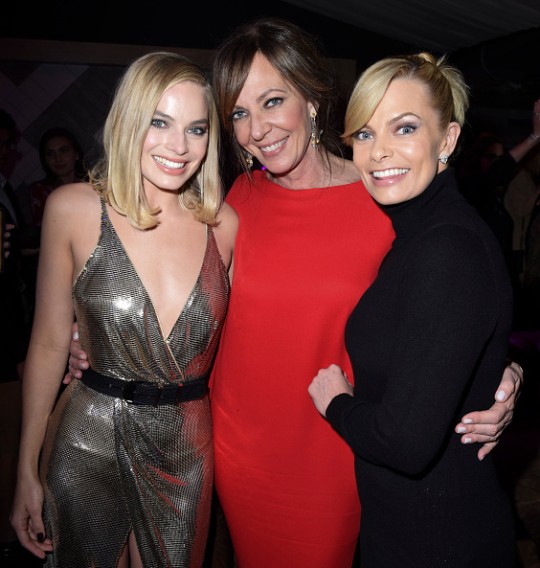 The twins hangin’ out with Allison Janney (Picture: Getty Images)

“I just saw that tumblr post about margot robbie and jaime pressly and it confused me on so many levels,” one Twitter user said, “but I am convinced now that Margot Robbie is a time traveler [sic].”

“Oh my god it just hit me that Margot Robbie is young Jaime Pressly I feel like my eyes have been opened to the Hotness Matrix,” another fan said on Twitter.

Fans aren’t the only ones who have noticed the parallels; Jaime herself made a statement about it in 2016. “Right, right, well that would be she looks like me!” Jaime replied when asked about her doppelgänger by photographers. Margot Robbie’s films are also a favorite of the actress, who says: “I think she’s great… I’ve loved everything she’s done.”

Others were sure it was Jaime Pressly, not Margot Robbie, who played Tonya in the skating biopic I, Tonya.

‘I got halfway through I, Tonya before realizing that it was Margot Robbie and not Jaime Pressly tbh,’ one fan confessed.

Another joked, ‘Margot Robbie was incredible as Jamie Pressly as Tonya Harding.’

Robbie will compete for the Best Actress Oscar next month for her performance in I, Tonya.

The 27-year-old is competing for the award with Meryl Streep (The Post), Frances McDormand (Three Billboards Outside Ebbing, Missouri), Sally Hawkins (The Shape of Water), and Saoirse Ronan (Lady Bird).