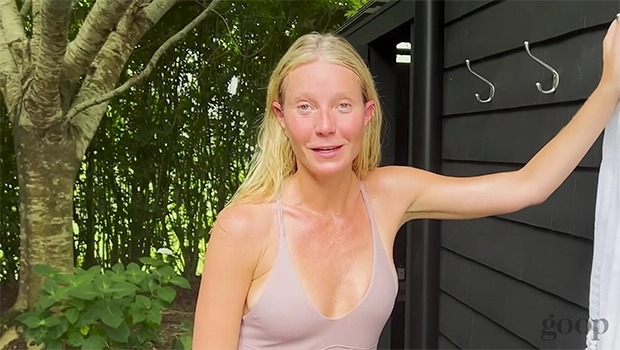 Elise Loehen, the former chief content officer of Gwyneth Paltrow’s wellness company, Goop, has spoken out about the “toxic” wellness culture that she experienced while working for the brand.

Loehen, who appeared multiple times on the Netflix series “The Goop Lab” and co-hosted the Goop podcast with Paltrow, stepped down from her position with the company in October 2020, citing that she was working on a nonfiction book to be published by The Dial Press.

In a recent video posted to Instagram, Loehen revealed that after leaving Goop, she had felt the need to “punish” her body through “cleansing,” and felt that the wellness method had become synonymous with “dieting” and “restriction.”

“To me, [cleansing] had become synonymous with dieting and restriction and I felt like I was not in a healthy relationship with my body, where I was always trying to punish it, bring it under control,” she said.

“I’ve been eating like a teenager for two years and enjoying it, to be honest.”

Loehen also spoke about how she entered into a “rebellion” against dieting, which allowed her to be much less “critical” towards her body.

She vowed to never do another cleanse again and went into full rebellion, which has been kind of fun, and definitely healthy in terms of letting go of ideas of what my body should look like as a 42-year-old who has had two kids.

“I needed to break a tendency to be critical and punishing. To chastise myself. All of it. I stopped weighing myself completely.”

In the caption, Loehen also spoke about her recent conversation with her friend, Ellen Vora, MD, about dieting and how wellness culture can be “toxic”.

According to Loehen, she has come to the realization that she’s also spent the last two years ignoring how her body “actually feels”.

“Wellness culture can be toxic AND that eating an abundance of overly processed foods can also be toxic,” she wrote.

“And I realised in that moment that I’ve kind of deserted how my body actually feels – as much as I’ve enjoyed two years of eating whatever my young kids want.”

In the video, Loehen went on to describe a five-day cleanse she recently tried and how she hopes it’ll allow her to communicate better with her body and physical health.

However, she noted that she decided to do the cleanse “differently”.

“I didn’t weigh myself, before, during, after, and I chose the version that lets you eat extra veggies and proteins as you want,” she explained.

“I’m just trying to get to a place where I can again be in conversation with my body, as those conversations had become distorted,” she added.

In 2020, Paltrow thanked Loehen for helping her build the brand and applauded her success as a writer.

“Elise has been my counterpart in building this business for the last seven years, and without her, Goop in this iteration wouldn’t exist,” Paltrow told Women’s Wear Daily.

“Elise is like a sister to me, and I plan to watch proudly as she enters this monumental stage in her professional life.”

Despite Paltrow’s praise for Loehen, Goop has been criticized in recent years for creating a poor work environment.

According to employee reviews posted on Glassdoor, and reported by the DailyMail, the wellness company has been described as a “toxic” workplace, with “fear-based management” and a “mean girl vibe.”

According to Insider, more than 140 employees have left Goop in the past two years.

Loehen’s comments about her experience at the company adds to the growing criticism of the wellness industry, which has been accused of promoting unrealistic and unhealthy body standards and promoting harmful practices such as restrictive dieting and extreme cleansing.

Some experts have also criticized Goop for promoting unproven and potentially dangerous health products and practices.

In 2018, Goop settled a $145,000 lawsuit with the California Food, Drug and Medical Device Task Force over making unsupported claims about the health benefits of certain products.

The wellness industry has come under scrutiny in recent years for its lack of regulation and oversight, and Loehen’s comments serve as a reminder that the industry must be held accountable for its actions and the impact it has on individuals’ health and well-being.