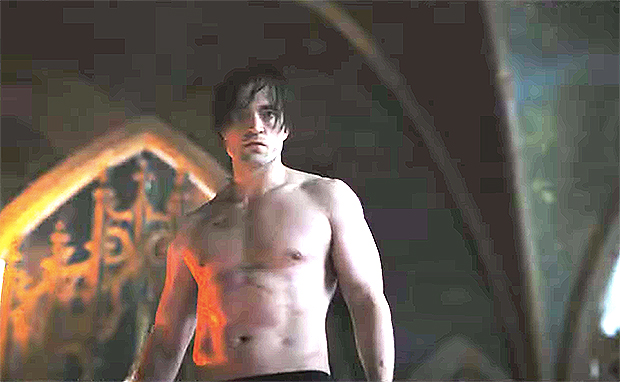 Robert Pattinson, one of Hollywood’s biggest stars after the success of the vampire flick Twilight, once took a stalking female fan out on a dinner date. However, during the meal, Pattinson bored the fan by complaining about his life, and she ended up leaving mid-way through the dinner.

The actor shared the story during an interview with the Daily Express, saying that the fan had been standing outside his apartment for weeks while he was filming for his movie Little Ashes in Europe.

Pattinson said that he was bored and lonely one night and decided to take the fan out for dinner.

However, during the meal, he complained about everything in his life and bored the fan so much that she left and never returned.

“During dinner I just complained about everything in my life and she was so bored she left and never came back,” the actor said, adding, “People get bored of me in, like, two minutes.”

The story is just one of many interesting anecdotes from Pattinson’s career. Despite his fame and success, the actor remains down-to-earth and has a good sense of humor. He continues to be a popular figure in Hollywood and has many fans around the world.

How other celebrities handle stalkers

There is no one-size-fits-all approach to dealing with stalkers, as each situation is unique and can be potentially dangerous. However, many celebrities have taken different approaches to handling stalkers.

One common approach is to obtain restraining orders against stalkers.

For example, in 2014, Taylor Swift obtained a restraining order against a man who had been stalking and threatening her for several years. The man was ordered to stay at least 100 yards away from Swift at all times and to not contact her in any way.

Another approach is to hire security guards or other protection. Beyoncé is known for having a team of highly trained bodyguards who protect her from potential stalkers and other threats.

In some cases, celebrities have also involved law enforcement in dealing with stalkers. For example, in 2018, Kim Kardashian called the police after a stalker broke into her home. The stalker was arrested and charged with trespassing.

Overall, there are many different approaches to dealing with stalkers, and what works for one celebrity may not work for another. The most important thing is for the celebrity to feel safe and protected from any potential threats.

Dolly Parton Talks Insuring Her Breasts for $600,000
Danny Trejo was arrested for assault and battery at age 10