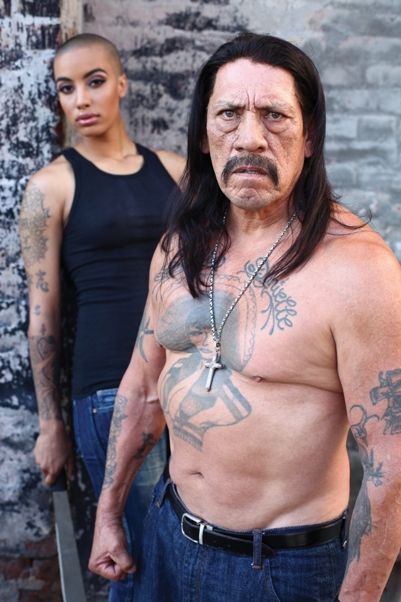 Danny Trejo’s criminal past didn’t stop him from making it big in Hollywood.

Before becoming an actor, Trejo spent time in several California prisons, including Folsom, Soledad, and San Quentin. Trejo, who grew up in Los Angeles, started using drugs at a young age and became involved in gang activity.

He was arrested at the age of 10 for assault and battery and later graduated from robbing liquor stores with live grenades to becoming a hardcore gang member.

Trejo’s criminal behavior continued until he was sent to Soledad Prison in 1968 for drug dealing. It was there that he hit rock bottom and spent three months in solitary confinement.

But Trejo didn’t give up. He began praying and eventually joined Alcoholics Anonymous. Once released from prison, he started counseling addicts and helping them turn their lives around. It was during this time that he got his big break in Hollywood.

Trejo was on the set of the 1985 film “Runaway Train” to help a client deal with the temptation of drugs.

The director noticed Trejo’s tattoos and real-life experiences and hired him as a trainer for actor Eric Roberts. He then cast Trejo as a convict in the film. From there, Trejo’s career took off and he became known for his tough guy roles in action movies.

Today, Trejo is a beloved action hero and a regular on the red carpet. Despite his troubled past, Trejo has managed to find success and happiness in Hollywood. “I’m grateful for every day,” Trejo said. “I never take it for granted.”

In addition to his acting career, Trejo is also a successful restaurateur. He owns several restaurants in the Los Angeles area, including Trejo’s Tacos and Trejo’s Cantina.

He is also involved in various charitable organizations and often speaks out about the importance of rehabilitation and second chances.

Trejo’s story is a testament to the fact that anyone can turn their life around, no matter how difficult their past may be.

Through hard work and determination, Trejo has overcome his criminal past and become a successful and respected figure in Hollywood.